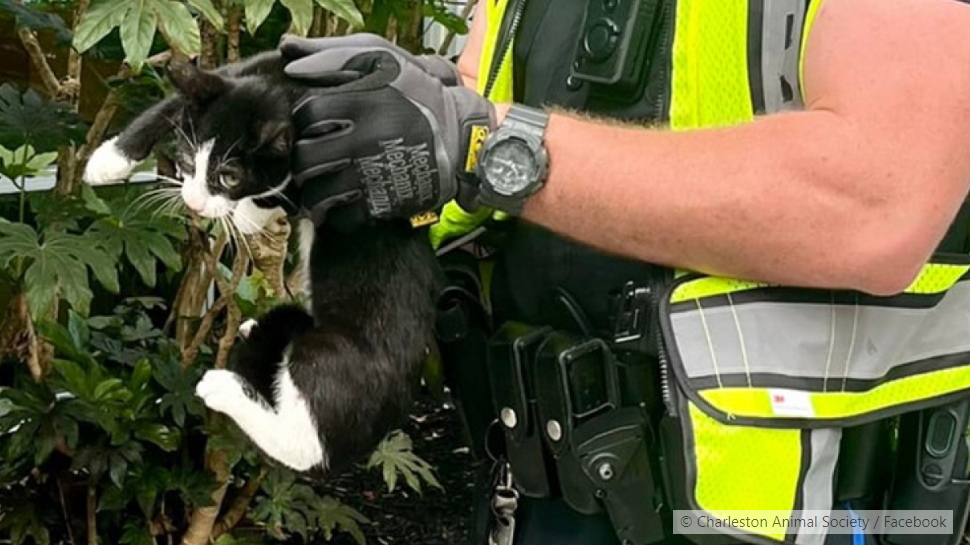 Nobody knows how this cat got to the middle of this busy bridge. Nevertheless, he crossed paths with an officer who was determined to get him out of there by all means. He is now in a safe place looking for his family.

The incident took place on Tuesday, September 13, 2022 on the Ravenel Bridge in the city of Charleston in South Carolina (United States).

Officer Wendt was informed that a beautiful black and white alley cat was wandering dangerously through traffic looking for a way out. The Good Samaritan did not hesitate for a second and went to the scene. After spotting the animal in a very bad position, he stopped traffic to capture it.

The cat was scared and fearful. The task therefore turned out to be more complicated than expected. However, Officer Wendt did not give up and after a few minutes of effort he was finally able to get the tomcat to safety in his vehicle.

The Good Samaritan then headed to the Charleston Animal Society shelter so that the unfortunate was taken care of by specialists. 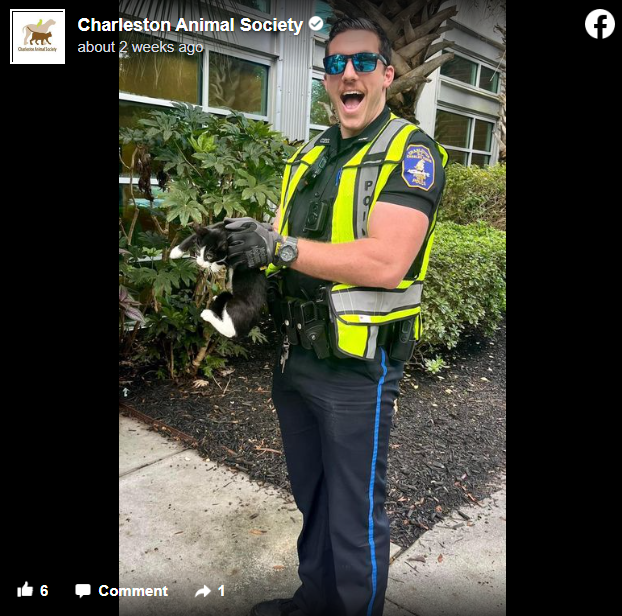 The young feline was examined by a veterinarian. He confirmed that he only suffered a superficial injury and this should quickly be forgotten. Moreover, he showed no sequelae relating to a life as a stray cat (underweight or parasite infestation).

The tomcat is therefore currently recovering from his emotions with caring volunteers.

Officer Wendt, who grew somewhat fond of the furball, affectionately wished to name him Officer Moustache. 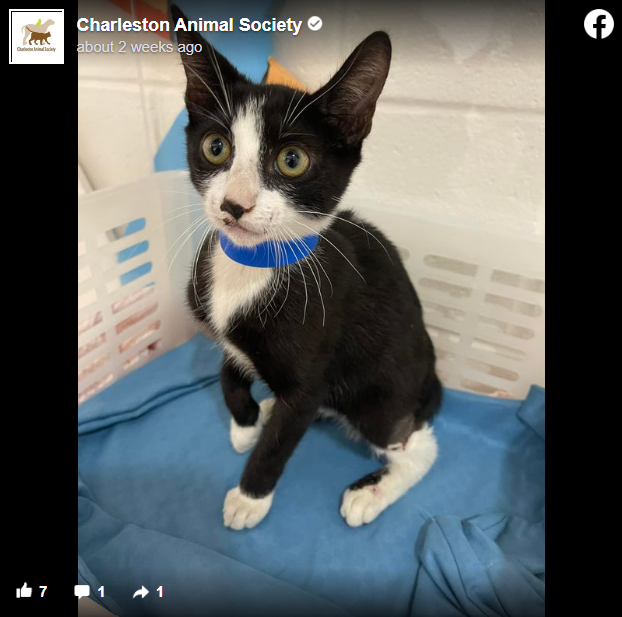 The rescue was shared on the police station’s Facebook page. The community had a strong interest in the happy news, reports The CW34.

We can indeed read in the comments: “Wendt should adopt the cat… They have a special bond now”, “oh, my God! You are his hero” or “thank you a thousand times for him”.

Not being identified, he will indeed soon be offered for adoption if his masters do not show up. Perhaps his rescuer will be moved and wish to team up for life with his new recruit Officer Moustache.