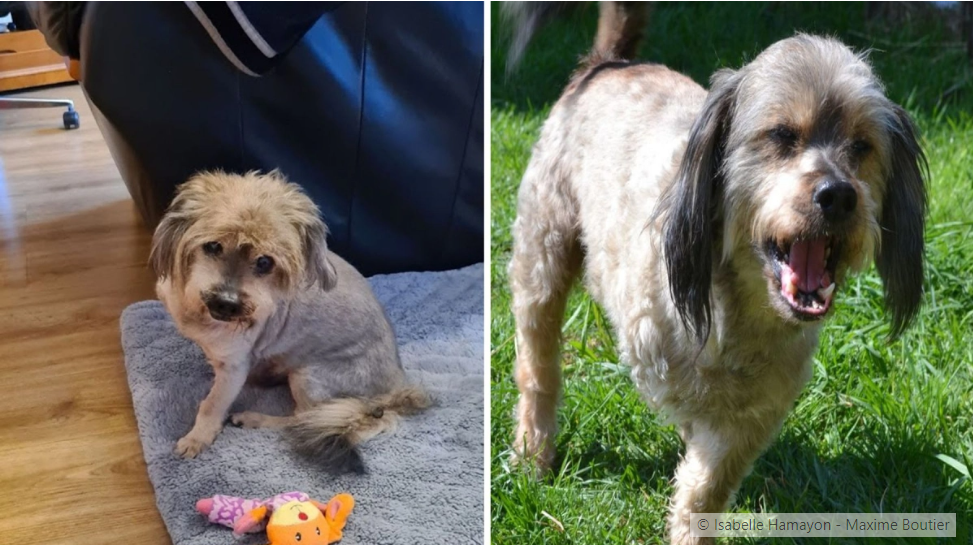 In 2014, Patsy’s photo appeared in an ad on Leboncoin. While he had always known family life, the senior dog found himself orphaned after the death of his favourite human. Thinking of him as unadoptable because of his disability, some relatives of the deceased considered euthanasia. Opposed to this drastic solution, one of the girls decided to use the power of the internet to find her a loving new home.

« Time passes and death comes », as the saying goes. The Grim Reaper not only breaks the hearts of humans but also their furry friends.

A few years ago, a Little Lion Dog by the name of Patsy experienced the bitter farewell of his adoptive who, due to her advanced age, ended up letting go and following the lady in black. Orphaned at 9 years old, the canine almost knew the big dive in turn. 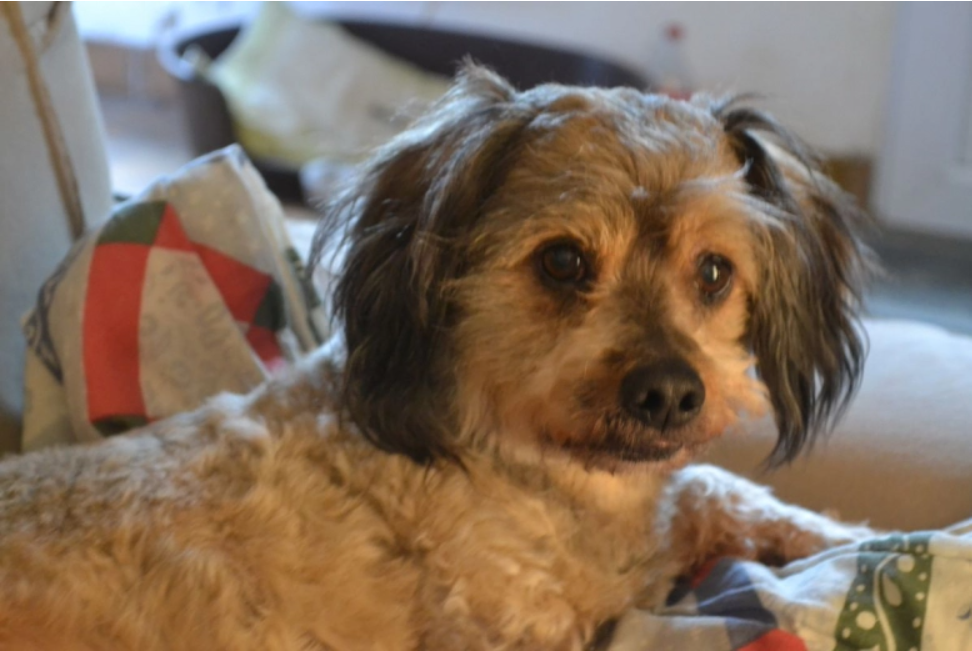 As he was old and without a leg, family members thought it best to euthanize him. Fortunately, one of the deceased’s daughters wanted to give her a chance to start a new life in another home.

This is how Leboncoin welcomed a new ad, in which Patsy appeared. Last hope for this little being, who had experienced difficult trials throughout his life… Car accident in his early youth, disability, bereavement: Patsy was able to get up and move forward. 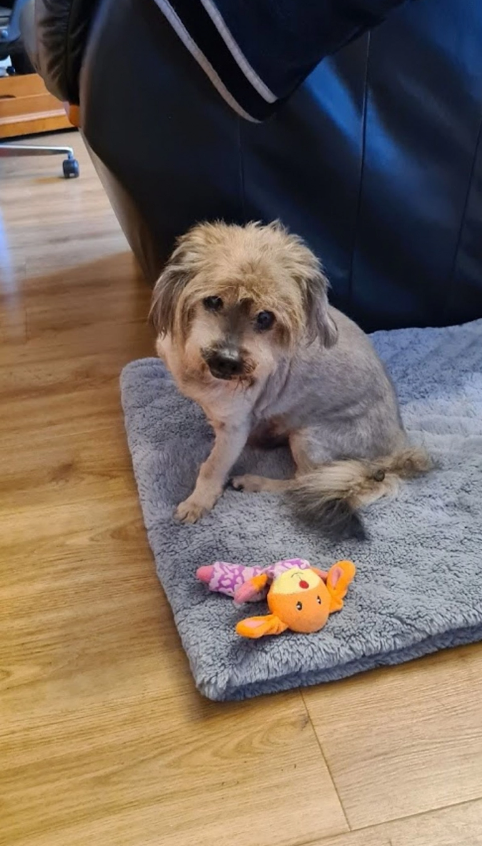 To the animal’s greatest relief, the message caught the eye of Maxime Boutier’s ex-girlfriend. « She wanted a dog, I didn’t”, explained the latter to the editorial team of Woopets, “she showed me the ad and, finally, we went to get him. I cracked up the first time I saw it.”

That day, Patsy had just met the one who will accompany her until her last breath. Despite his 3 legs and greying hair, he won the heart of a man who was nervous about expanding the family by adopting a dog. It was a new start in life. 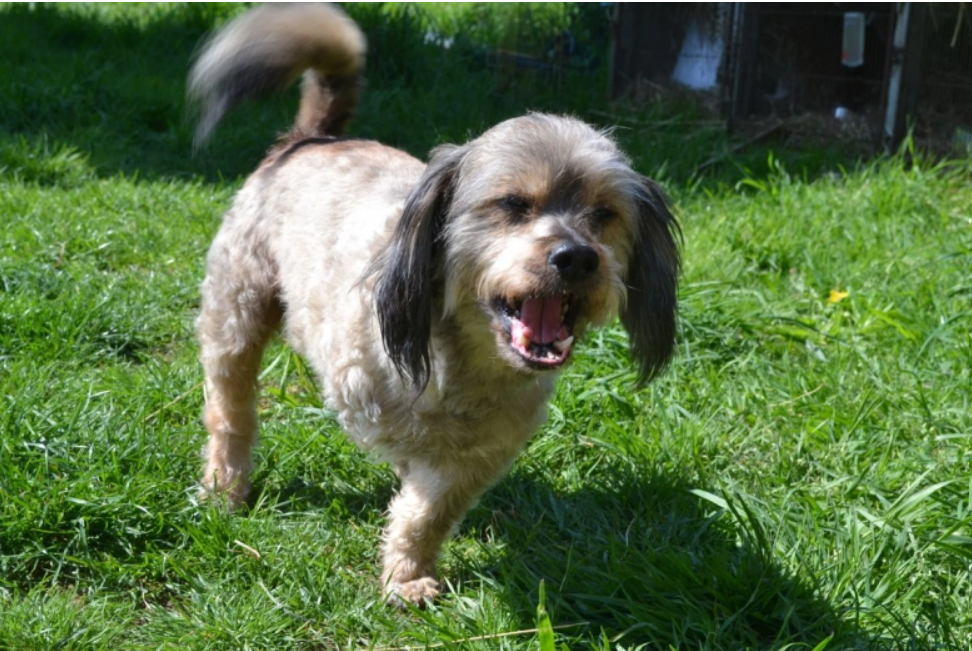 Patsy also met Ambre and Heden, the 2 cats of the house against whom he likes to snuggle up when it’s time for a nap. While the lethal injection hovered over his head like a sword of Damocles, the furball now enjoys walks, cuddles and games with his loved ones.

“He is the nicest and most affectionate dog I know; he is so cute.” 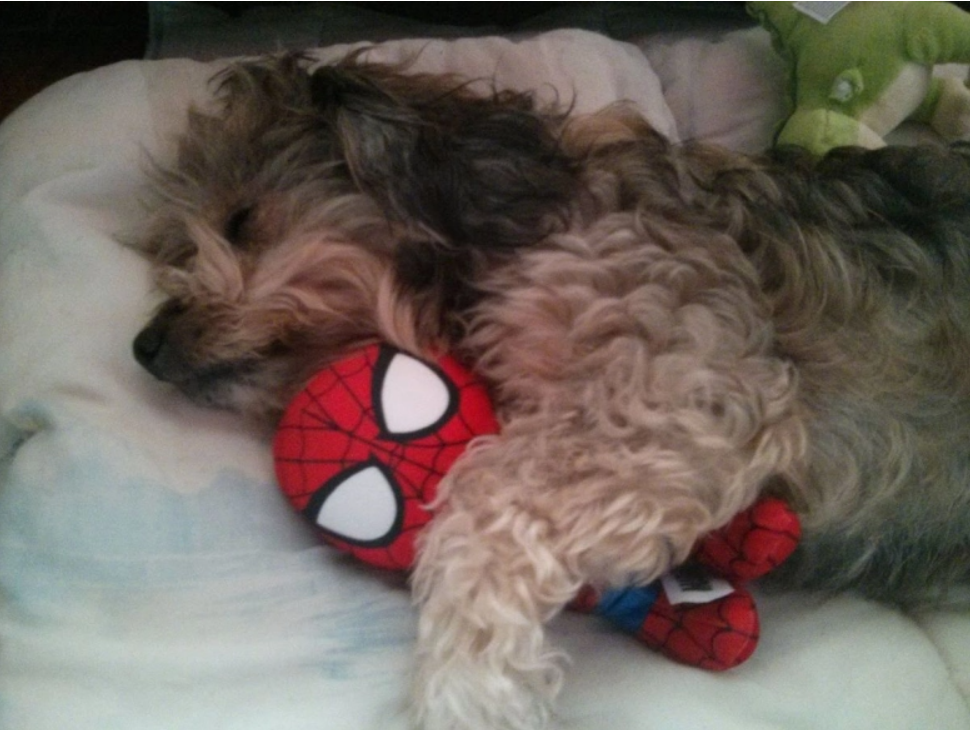 The years have passed to form a procession of thousands of memories. Today, Patsy celebrated her 18th birthday, always with this enthusiasm, this communicative joie de vivre that overflows from her being.

What does his « dad » admire most about him? “His courage and strength of character. In October 2021, he suffered from hepatitis. The vet told me that he was unlikely to survive…” he said. And yet! His 3-legged companion is still standing. Almost blind and deaf, he is always full of energy. The « Little Lion Dog » is worthy of the name…