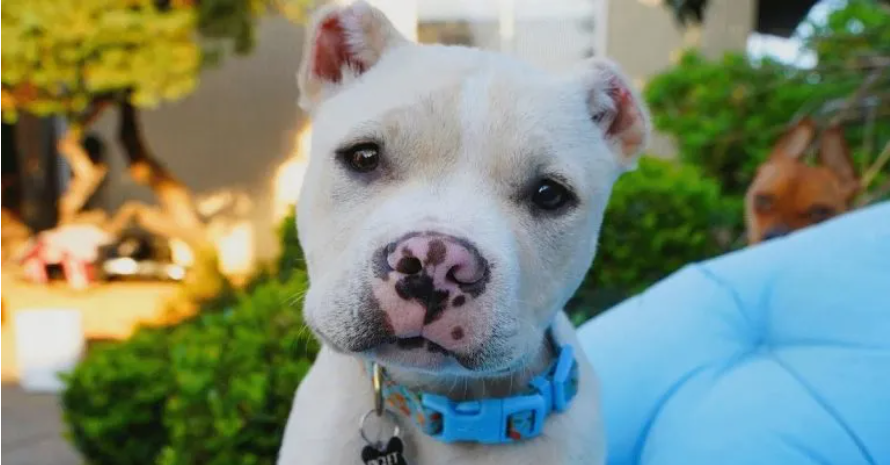 This puppy was discovered by locals in Sacramento in a high school bin; his ears had recently been amputated. He was abandoned like garbage, but these individuals took him in to give him a home. The Front Street Animal Shelter’s public information officer learned about the dog at that time.

Piglet’s current owner simply had to take Piglet in as a foster child after seeing him. The puppy first simply appeared so dejected and detached, but soon he would begin to trust his foster mother and start to reveal his true personality! It was time for Piglet to become someone’s (forever) treasure as he transitioned from being in agony to bouncing around the home!