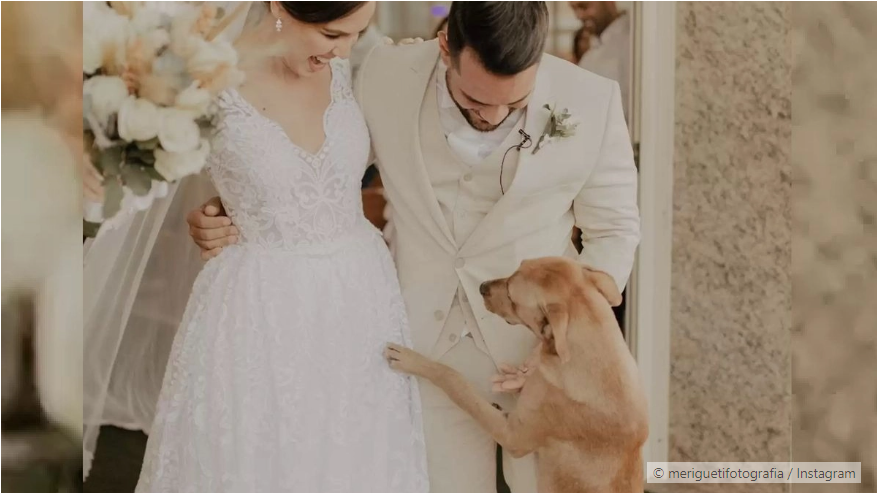 While a couple was celebrating their wedding, a stray dog entered the church and decided to take part in the ceremony. He even congratulated the newlyweds in his own way when they exchanged their vows. For them, it was clear that they were not going to leave the place without him.

Tamiris Muzini and Douglas Robert said yes for life. They celebrated their wedding in the church, in front of many guests. Among the latter, there was one who was not on the list, but who still wanted to be part of the party.

As tradition dictates, Douglas Robert was the first in the church and was expecting his future wife. Tamiris Muzini arrived in turn to join him facing the priest, but on entering, she immediately noticed a stray dog walking quietly, but limping, among the guests. 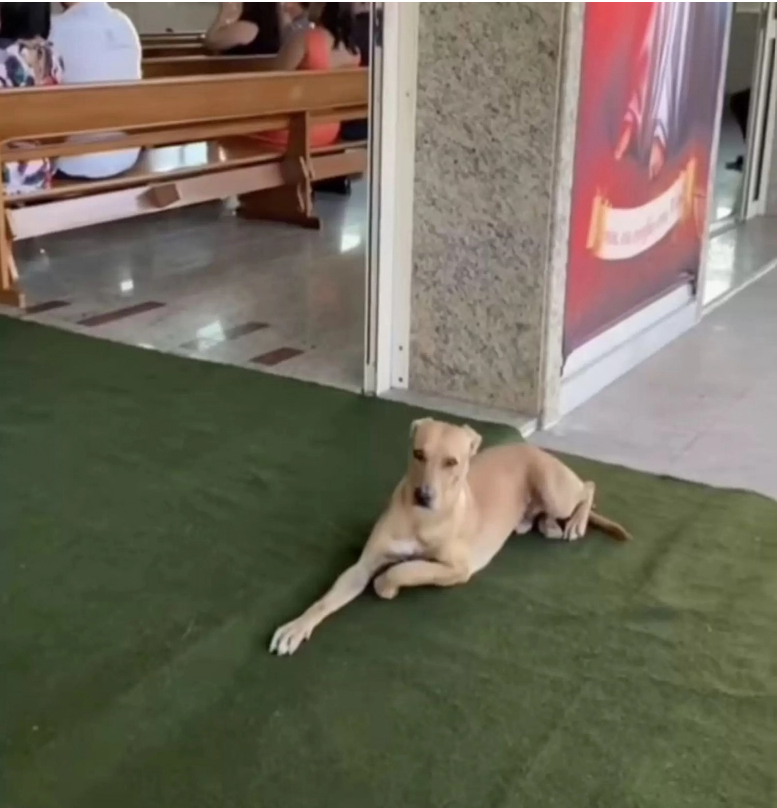 The ceremony began and the canine decided to land near the door to observe the scene. Then the newlyweds headed for the exit. The quadruped jumped at the chance to say hello and send them his compliments, in his own way. He reared up on his hind legs, wagging his tail to invite Douglas Robert to pet him. Something he did with great joy. It was enough to bring the couple to make their decision from this moment full of magic and emotion. 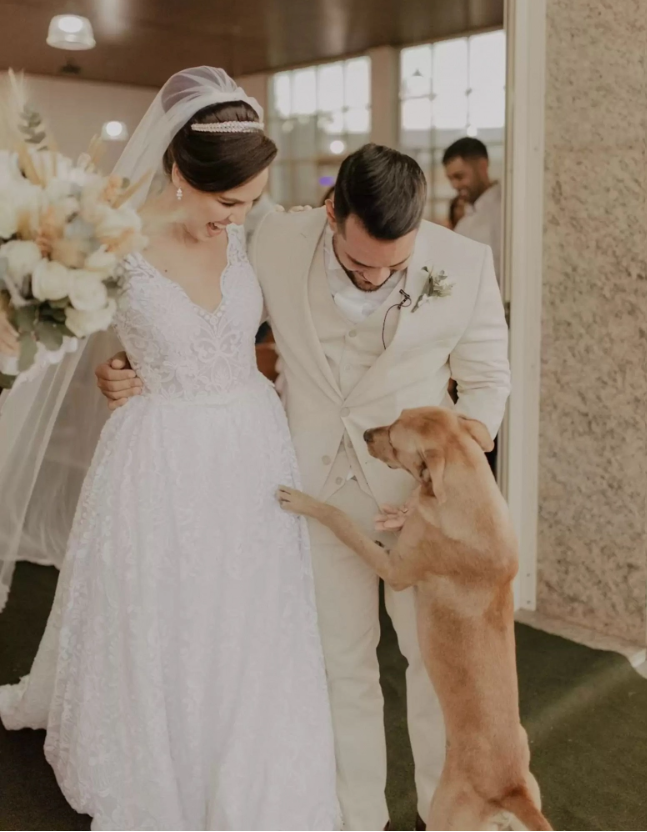 The newlyweds immediately decided to adopt him. It’s like he’s telling them « take me home, » Tamiris Muzini told The Dodo. They called it Braia Caramelo.

« He is so affectionate, » said his new mistress. Despite everything he’s been through, he still believes in the goodness of people. He gives us hope. »