When the ties were removed from the bag, a husky dog was inside. The animal was covered in dirt, looked exhausted, and its gaze radiated anguish and pain. People were going to leave, leaving the dog the opportunity to get out of the bag itself, but they noticed that the animal did not even try to get up on its paws. Instead, the husky continued to whine plaintively and tap the ground with its front paws. So people realized that the dog can’t walk. As if asking not to leave it here, the dog on its front paws began to crawl up to its rescuers. When the animal was close enough, it began to lick people’s hands, as if begging not to leave it alone. 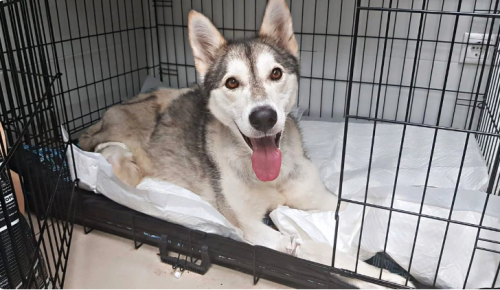 This dog was not just put out on the street, it was tied up in a bag, people condemned the animal to a long and painful death. So that no one could help the animal, the bag was taken to the swamps, where people rarely visit. It’s hard to imagine that there are such cruel people, but later the truth turned out to be much worse than guesses – they didn’t get rid of the dog because of its illness. First, the former owners made it invalid and then carried it to die in the swamp. 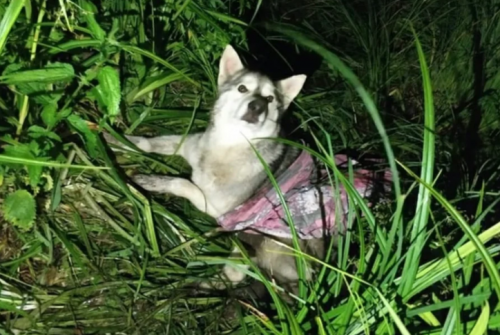 The people who found the dog contacted the volunteers and soon the animal was taken to the veterinarian. Even doctors who had seen a lot were discouraged. Animals with such injuries do not live to visit the clinic. In the clinic, the dog was named Bullet, because veterinarians extracted two bullets from its body. 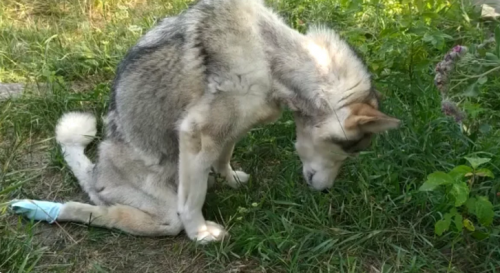 All places of temporary care refused the dog: there was too much trouble and too little chance that it would live for a couple of days. I decided to give the dog a chance because, for all the time that I have been helping animals, I have not yet met a dog that would need human participation so much. 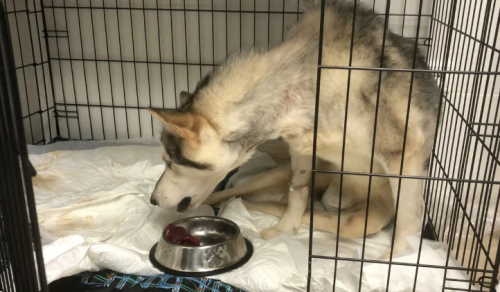 I changed the husky’s name a bit to start calling it Paula. At the time of treatment, the animal was placed in humane trapping, at the procedures of doctors, it behaved like a real hero. Despite the pain, Paula steadfastly endured all the manipulations and continued to show its friendliness to others. Not only veterinarians fell in love with this dog, but even taxi drivers who took it to the clinic.

Many people advised me to send a dog for euthanasia because finding a home for a disabled pet is almost impossible. I believe that euthanasia is an extreme case when the animal itself no longer wants to live. It was impossible to say this about Paula, it fought for each new day and enjoyed life, despite the pain and inability to walk. 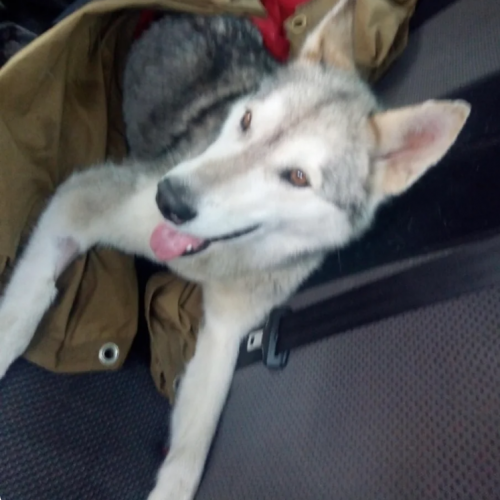 It took a long time, but Paula began to move its hind legs little by little. Doctors did not share our optimism, believing that this could be the maximum that the animal will reach. We did not give up and continued the treatment, hoping that sooner or later Paula would rise on its feet.

Recently, Paula was in the capital’s veterinary clinic. It has already had one operation, which was successful, there is another one ahead. Treatment will not be easy and will not be cheap. We need to pay not only for operations, but also for recovery in the hospital, but only in this way will the dog have a chance to walk again, especially if we are lucky not only with surgeons but also with rehabilitation. 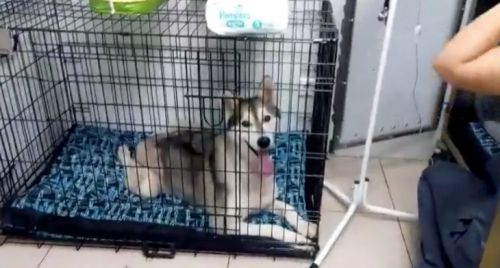 Everyone needs a chance in life and animals are no exception.