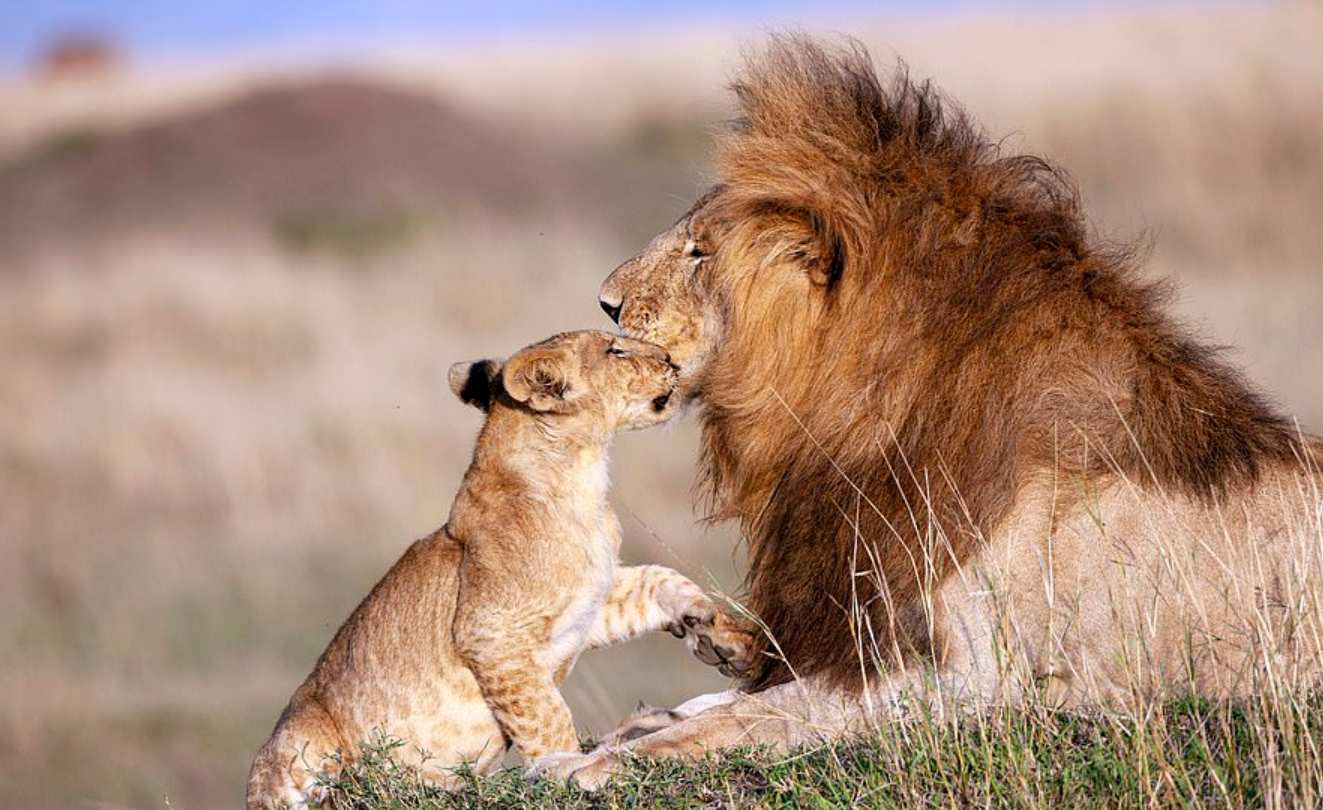 You probably know that Disney released a remake of «Lion King». July 19, to be more precise. Everybody knows how beautiful and popular the first episode was, but what about the real Mufasa and Simba moment? Well, it turns out that this wildlife photographer was able to take the perfect picture. And this recreates the famous moment of Disney animation.

When Paris photographer Sabine Bernert directed a documentary in Masai Mara, Kenya, she managed to capture this delightful moment. The photographs depict a majestic lion observing its territory, while one of its cubs (certainly the most playful) sneaks away from his father and asks for a hug. According to the photographer, the tender moment was captured when she took several pictures for a children’s book. And what a delightful moment she managed to capture. «The lion pretended not to see the cubs until the last second. Then they started playing joyfully. I particularly like the moment when the male lion hugs the cub gently — the contrast between his brute force and his softness, the huge size of his paws very gently holding the little cub,» said Sabine to LADbible. «I was astonished by the way this huge lion played so gently with the cubs. They looked like they were enjoying themselves and having fun. In the gentle light of the sunrise, it was a pure moment of grace».