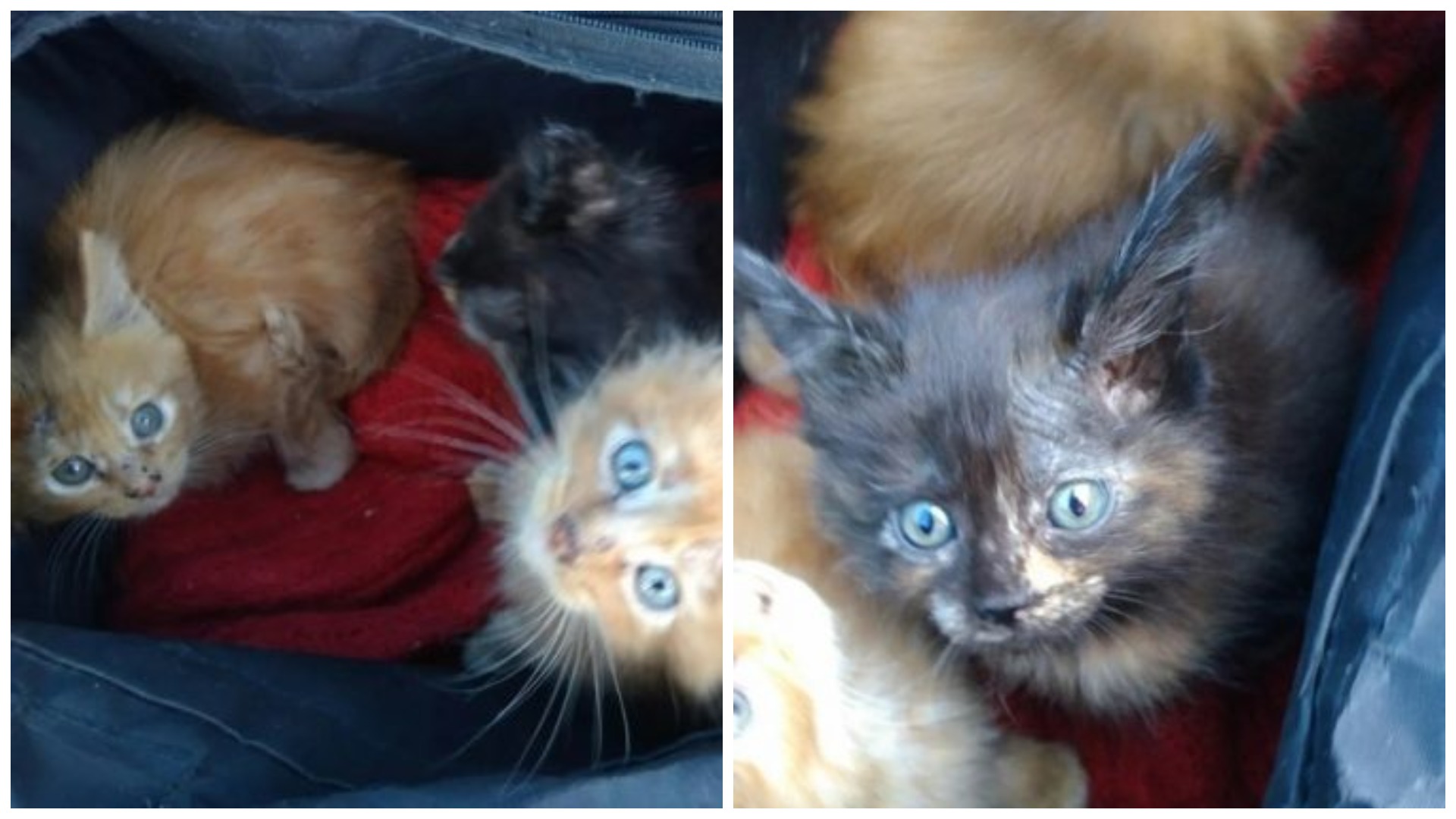 Residents of these houses know that if there is a box in the trash, then there are kittens in it. This time it was so – the kittens were sitting in a tight box and trembling with fear, clinging to each other. 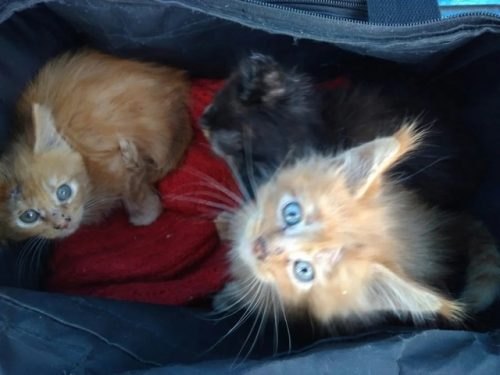 The kittens were completely covered with lichen. The whole body was covered with bald patches in scabs, and where there were none, the wool was quite thin, through it could be seen inflamed pink skin. However, this did not affect the charm of the kids in any way. The tassels on their ears were especially cute.

Then we decided that these are the usual tassels on the ears that many cats have. It is quite common to find fluffy kittens with elongated muzzles in garbage dumps. 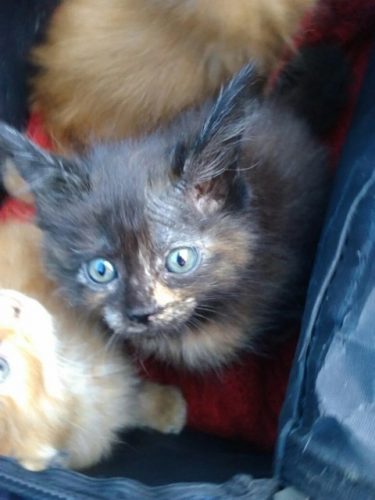 The kids were taken for temporary care, where they had to undergo long-term treatment. Compared to other foundlings, these kittens grew by leaps and bounds! And twice ahead of their relatives of the same age.

When the kittens reached the age of three months, the brushes on their ears became very fluffy, the faces even more stretched out and became rigid, and their paws became very thick and powerful, which immediately became clear – kittens would not just be large, but giants! 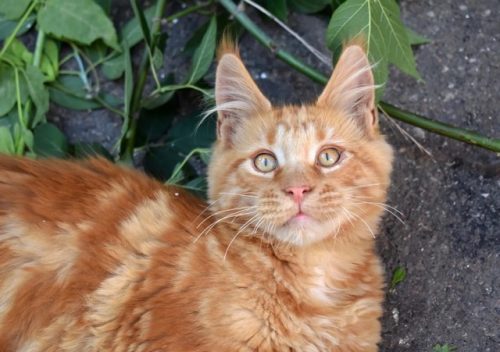 A picture of the kids was sent to a woman who is engaged in breeding Maine coons. And in the end, the breeder confirmed what we guessed: kittens from the garbage turned out to be noble Maine Coons! We also managed to find out that in the area where the discarded kittens were found, there lives a breeder who was expelled from the club. The last time her colleagues in the craft saw her, her pets were sick with lichen. 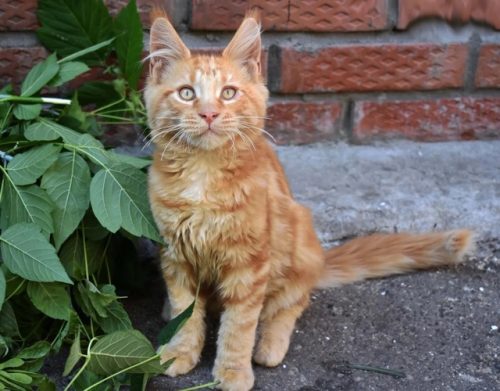 We were just stunned then! The kittens were just a low-quality product that she couldn’t sell. And the mother of the kids is most likely not a beloved cat and a family member, but a kitten breeding machine that constantly gives birth to such trendy little Maine coons. 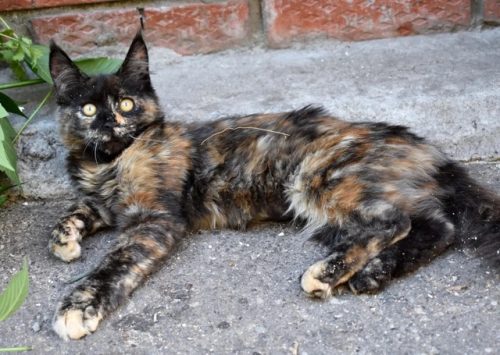 It immediately became clear to us that kittens needed to be raised until they could be sterilized and neutered. Otherwise, they will be taken away for breeding. Therefore, we left two girls and their cute brother for temporary care for another month. 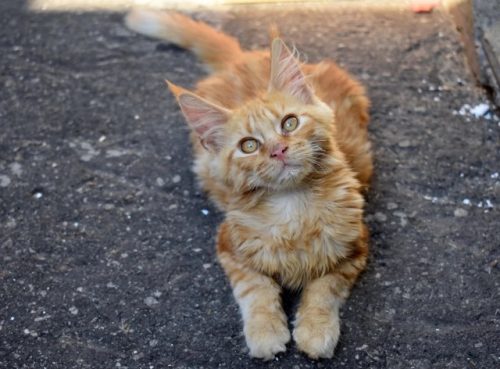 After the procedure was completed, we were ready to look for a house, but we didn’t have to look for anyone. The veterinarians of the clinic took away a marble boy and a girl with a tortoiseshell color, where the kittens were examined and treated. And for the last red-haired baby, a familiar breeder helped us find a house.

So the story of all three kittens ended well. Everyone lives in love and care.