Throwing an animal out on the street is a soulless act, and in this story, such cruelty has been demonstrated twice.

As Judy passed through the woods, she saw a German shepherd. It was obvious that the dog was domestic, but nevertheless, it did not react to the attempts of the woman to call it, but simply turned around and ran into the forest. Judy stood by the road and tried to call the dog, but it never showed up. The woman realized that although the animal once had a home, it has lived on its own for too long and does not trust people. 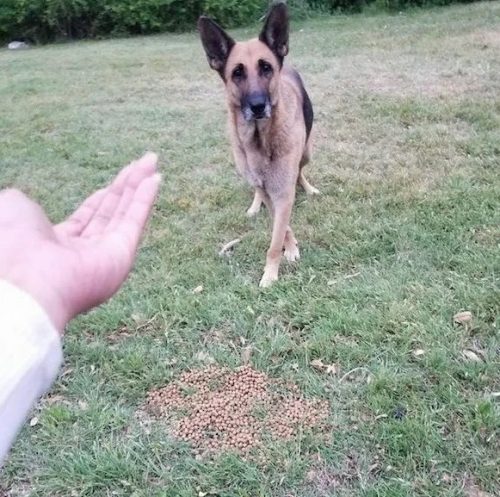 The road along the forest was regularly used by Judy, and now she took dog food with her every trip and left it on the side of the road. In the evening, returning on the same road, the woman saw that there was no more food. This continued for some time until one day Judy saw it. As the dog got out of the forest and started eating food. The woman got out of the car and tried to call the animal back. This time the dog managed to overcome its distrust of people, but it was still scared, so it just stood still, allowing the girl to approach it.

Judy spoke to the dog and assured it that she would not hurt it, but after listening to her a little bit, the animal escaped into the woods again. The girl wouldn’t give up. The defeat was not in her character – Judy herself progressed through the career ladder and was a volunteer at an animal shelter. The girl was determined to help this dog and even came up with a nickname for it- Iris. 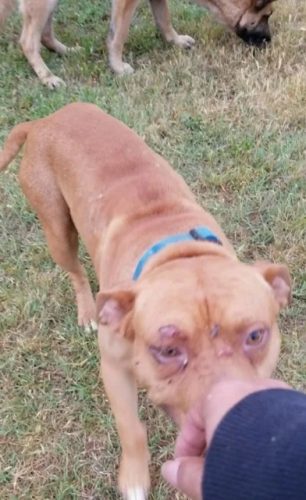 For almost a month, she fed the animal daily and talked to it. Iris became so accustomed to its guest that it eventually allowed her to pet itself. After several more visits, Iris led another dog to Judy, a pit bull with numerous wounds on its face. Iris’s friend was very ill, and the girl immediately realized that it needed the help of a veterinarian.

The shepherd’s concern for a sick friend was visible to the naked eye, Iris protected the pit bull in every possible way. There was trust between the dogs, so when it saw that Iris trusted the girl, the pit bull immediately stopped being afraid of her. 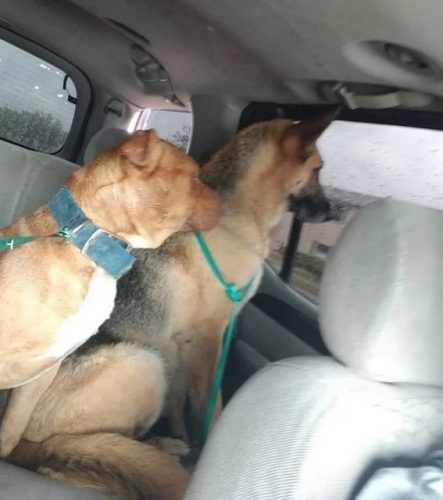 The animals did not escape this time and Judy managed to persuade them to get into her car and take them to the shelter.

The veterinarians and volunteers began treating the new patients and very soon the dogs were able to get rid of all their ailments. Now, for an unusual couple, the employees are looking for a new family that will accept both animals. There is a strong friendship between the shepherd and the pit bull and the staff of the shelter do not intend to separate them.