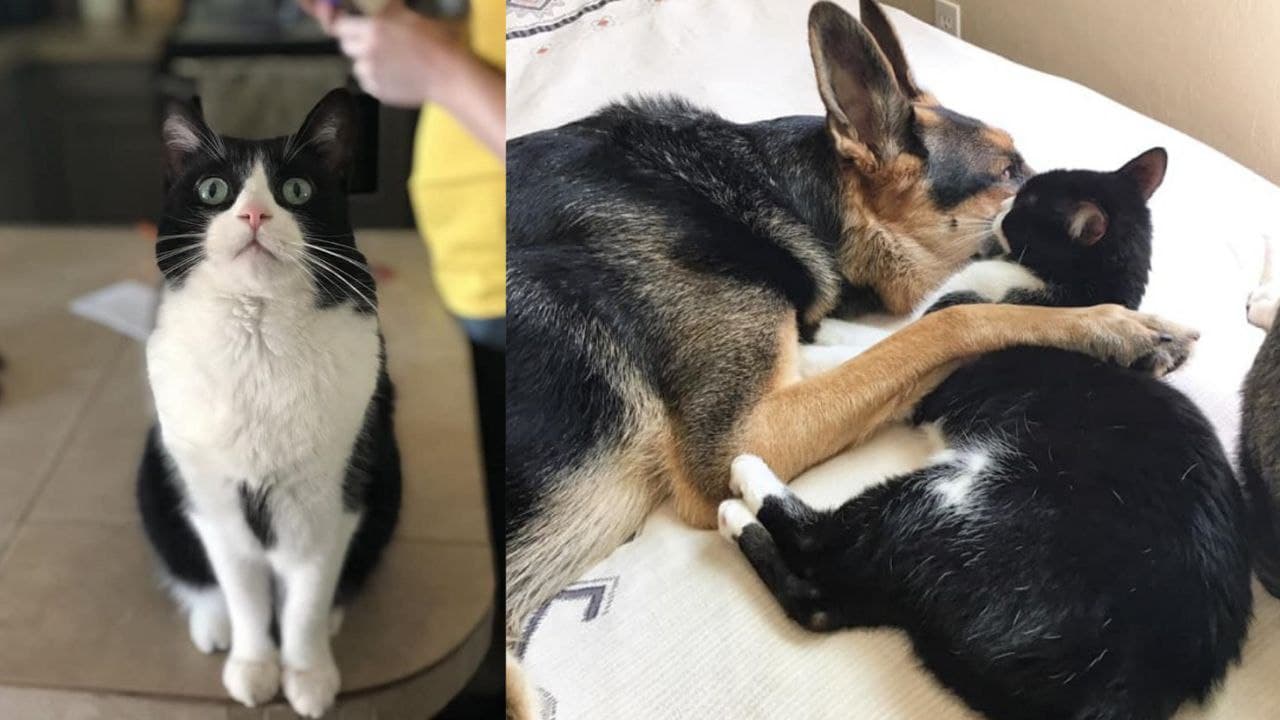 The girl always referred to herself as a dog lover, but it was a cat named Evlin who became her first pet. When the dog finally appeared in the house, the cat not only did not mind, it accepted the new friend very well, played with it, and even washed the puppy’s muzzle. The dog, who was named Baron, grew up quickly, was active and playful, but over time disturbing symptoms began to appear – the dog suddenly fell to the ground and was convulsing. Such seizures rarely began, but over time they began to occur more often. 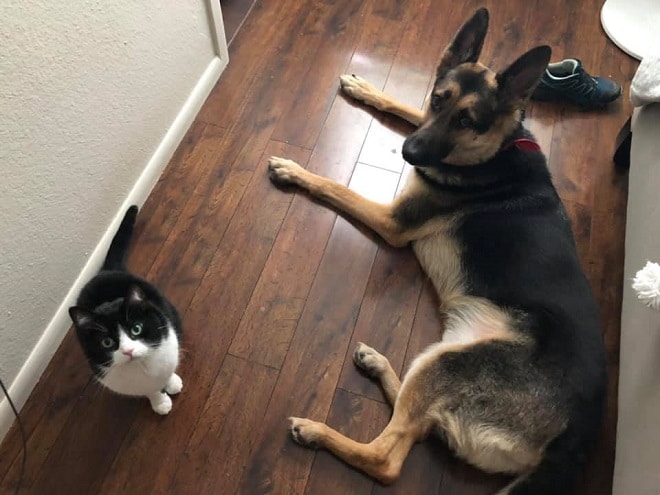 The veterinarian examined the dog and prescribed medications. After taking the pills, the seizures stopped, but the Baron also changed a lot, it slept constantly, was very quiet, and was not interested in anything around. 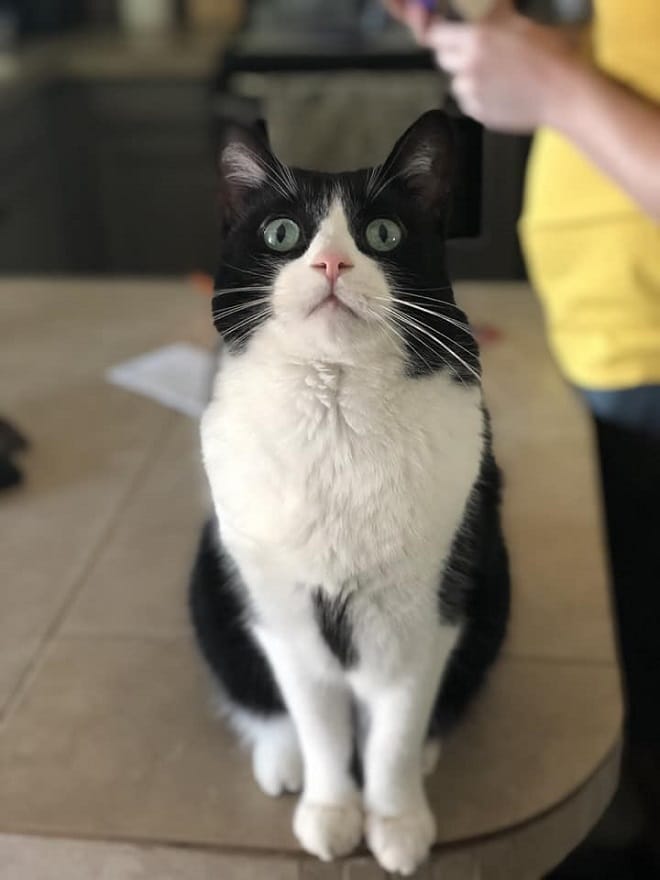 The cat seemed to sense that something was wrong. It settled down next to the dog, licked the dog’s muzzle and patted its head with the paw, provided all possible support, and tried to help. 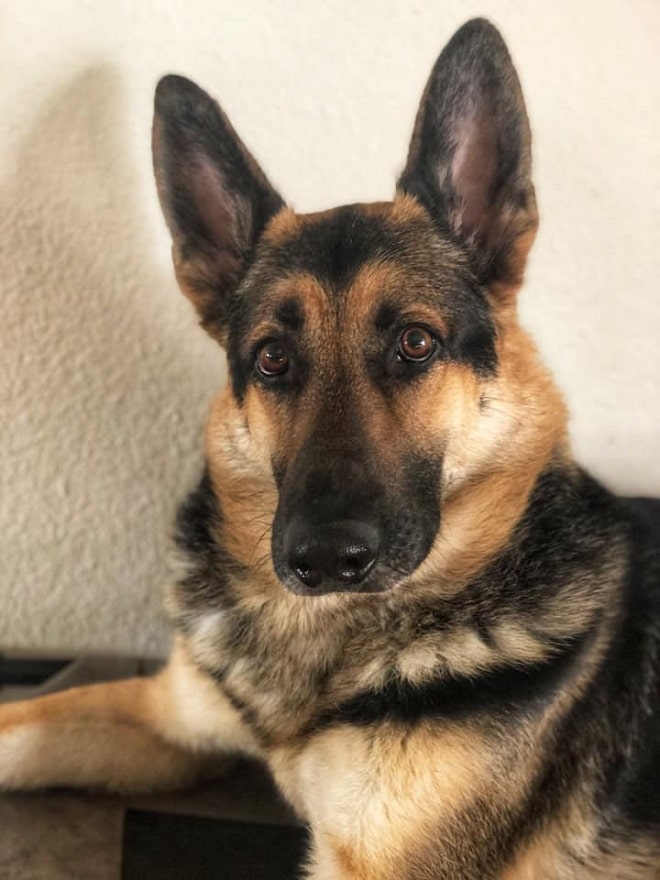 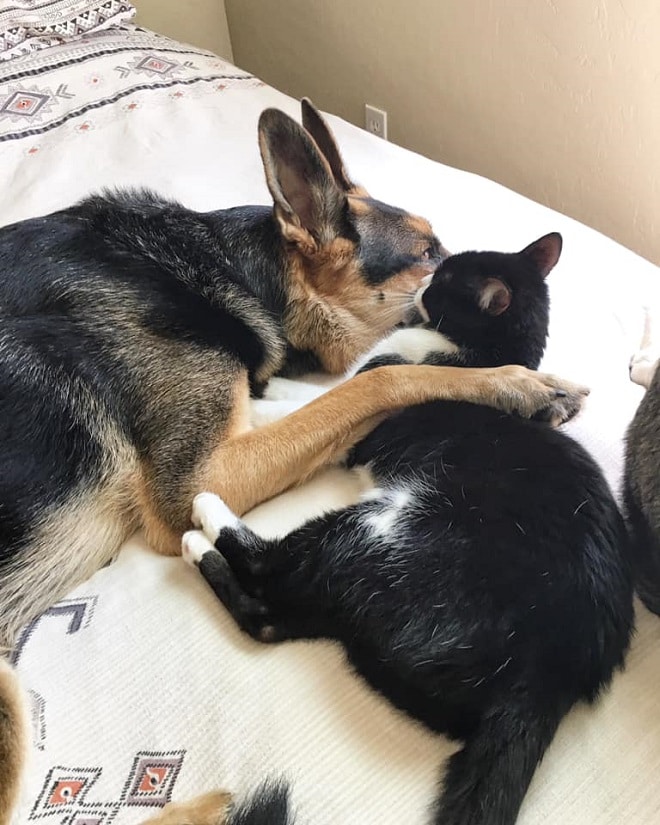 The owner was most impressed by the cat’s intuition because it independently guessed about the illness of a friend. Most of all, she was struck by the care with which the cat treated its friend and how much effort it put into restoring the dog’s interest in life. 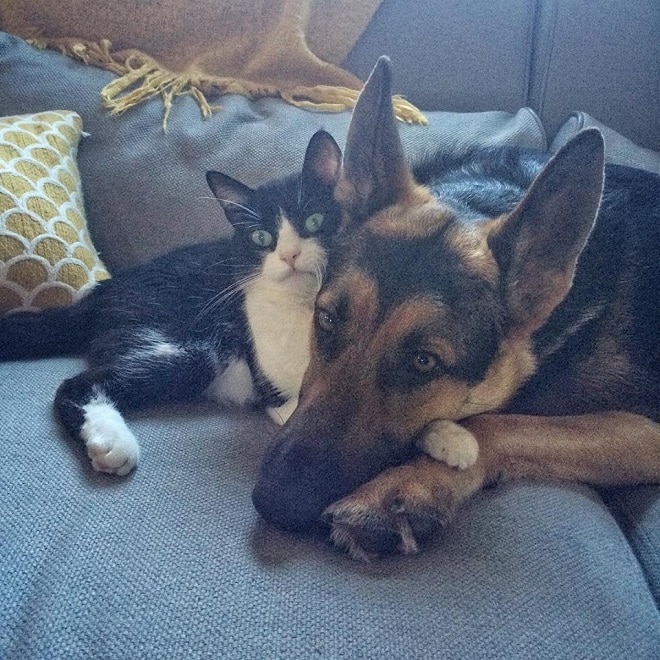 The Baron also liked the cat’s care. Even when it got better, it still came and lay down next to the cat, demanding care. A cat never refuses a friend’s attention. 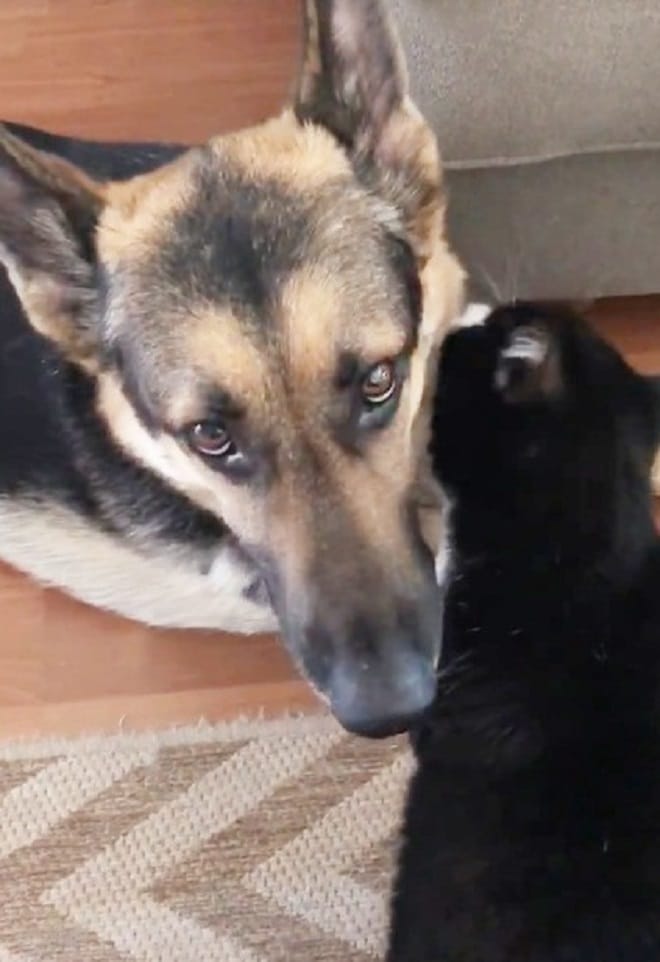 Despite the strong friendship, the cat and the dog do not always behave well, very often they swear, sometimes it even comes to fights. Animal quarrels look very cute and always end with a touching reconciliation.