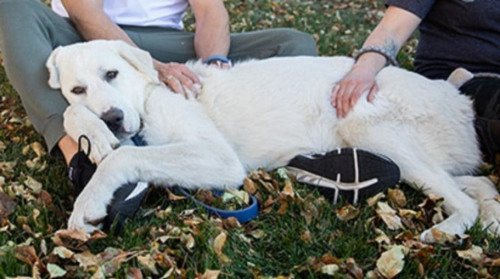 Meet this friendly, handsome white-furred dog named Ed. It is a little awkward, funny, good-natured, and very affectionate. It loves its family very much and is ready to play with them from morning until late at night. It does not remember anything bad that happened in its life. It does not even take offense at its former owners, who treated it only as a way of making money.

Ed is a Pyrenean Mountain Shepherd. This breed is very smart and quick-witted. Such dogs should be loved. However, this dog did not have a particularly good past. It was so sad that even life at the orphanage turned out to be joyful for Ed.

The fact is that the dog lived with people who breed dogs. Therefore, they took Ed only as a breeder of puppies, which they then planned to sell. However, the dog did not want to live the way the owners wanted. It liked to play more, fool around, or do other work: guarding the house and its family.

Therefore, the pet, useless for business, was simply thrown out into the street, because it did not bring money. But before that, these people sterilized the dog in a barbaric way, which was used a long time ago. So Ed still had a week to heal and its tail was injured. How many pains it had to experience so that the former owners did not have competitors. 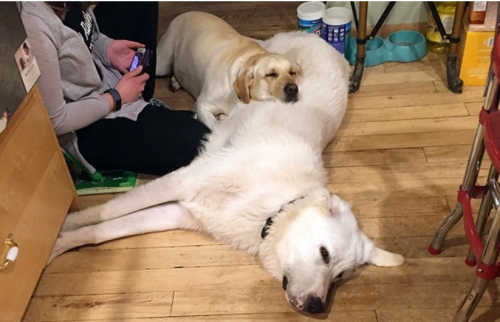 People helped it only in the shelter, pain-relieving everything, eliminating the consequences, and carefully applying stitches.

It was only at the orphanage that it learned that people can be kind.

The dog was sent for a temporary care home to one of the employees. It needed to learn how to live in a house.

Ed wanted it so much itself! Ordinary home life with a person who will walk with it. The dog smiles all the time after it got out of the cages, it no longer remembers the bad, it rejoices every day.

After Ed’s scars healed, it was shown on TV and a woman immediately showed up who wanted to become Ed’s owner. She knew this breed well, so she was sure that she could handle a big dog.

Ed immediately got along with another dog in the new house, behaves well and does not create any problems for its new owner. And she takes it with her everywhere: for a run, on a visit, on trips.