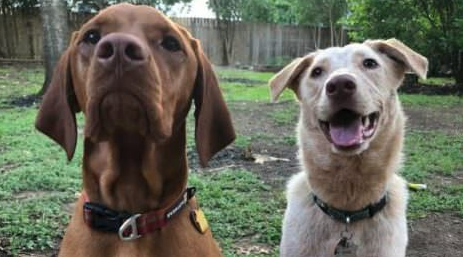 This bighearted dog named Potate, or Tate for short, had a rough start to life. Tate was a stray trying to make it day by day, and hoping that someday, she’d find some happiness and her wish came true.
Hailee Graham and her husband brought Tate home. They adopted the dog after she had been living on the streets. Tate found her family first — but then she found her soulmate. Her owners’ neighbors also had a dog, Vernon, who was around the same age as Tate. After that, the two friendly dogs began working in earnest to get closer to one another any way they could. And the dogs decided that they would do a little construction.

“I walk outside and catch them digging a tunnel to each other. We couldn’t get them to stop,” Graham told The Dodo. “We couldn’t keep them apart. They would just keep digging holes to each other. ”So Graham came up with the perfect solution. Graham’s husband and her neighbors all loved the idea, and so over one weekend, the two sets of neighbors worked on installing the new doggy door.
Now, these two are practically inseparable and love their newfound freedom. That way, the two pooches could walk into each other’s yard and play whenever they wanted. 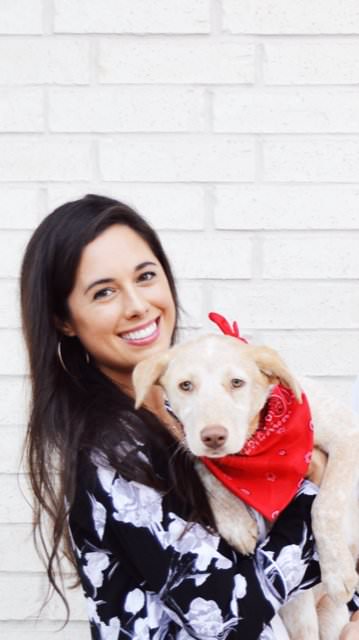 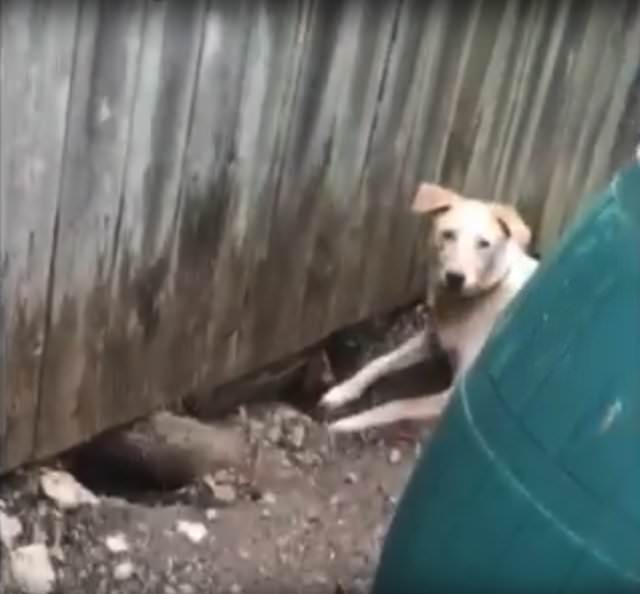 As her owners worked on the doggy door, Tate watched excitedly 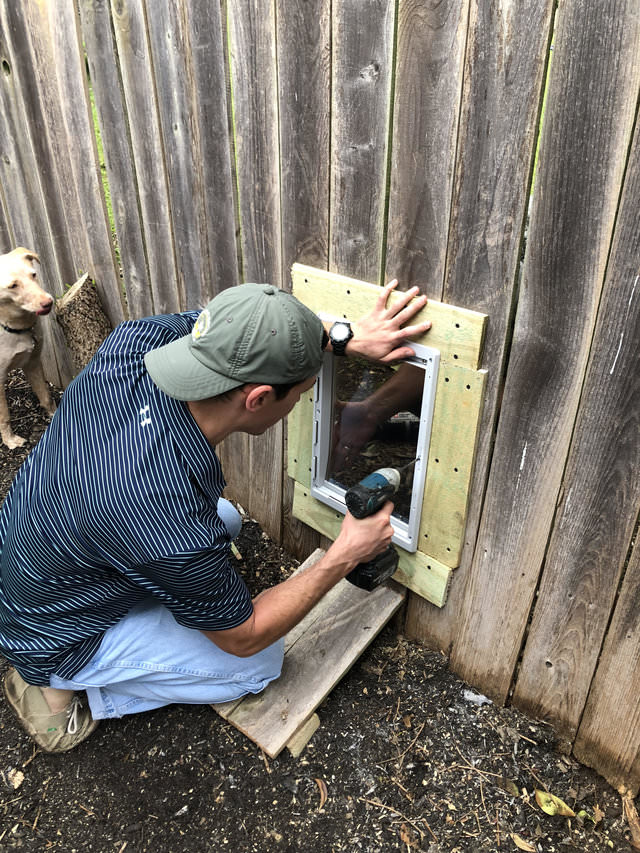 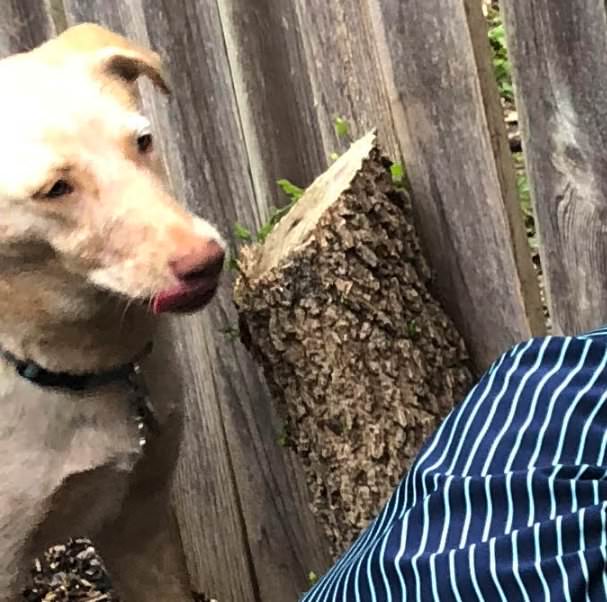 Now the doggy soulmates are living a dream life. Together. 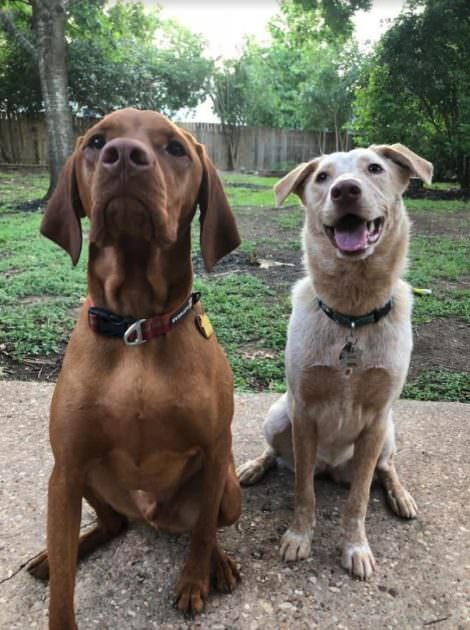 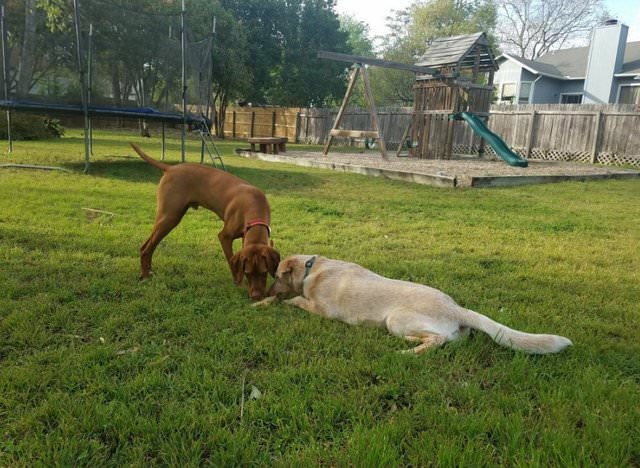