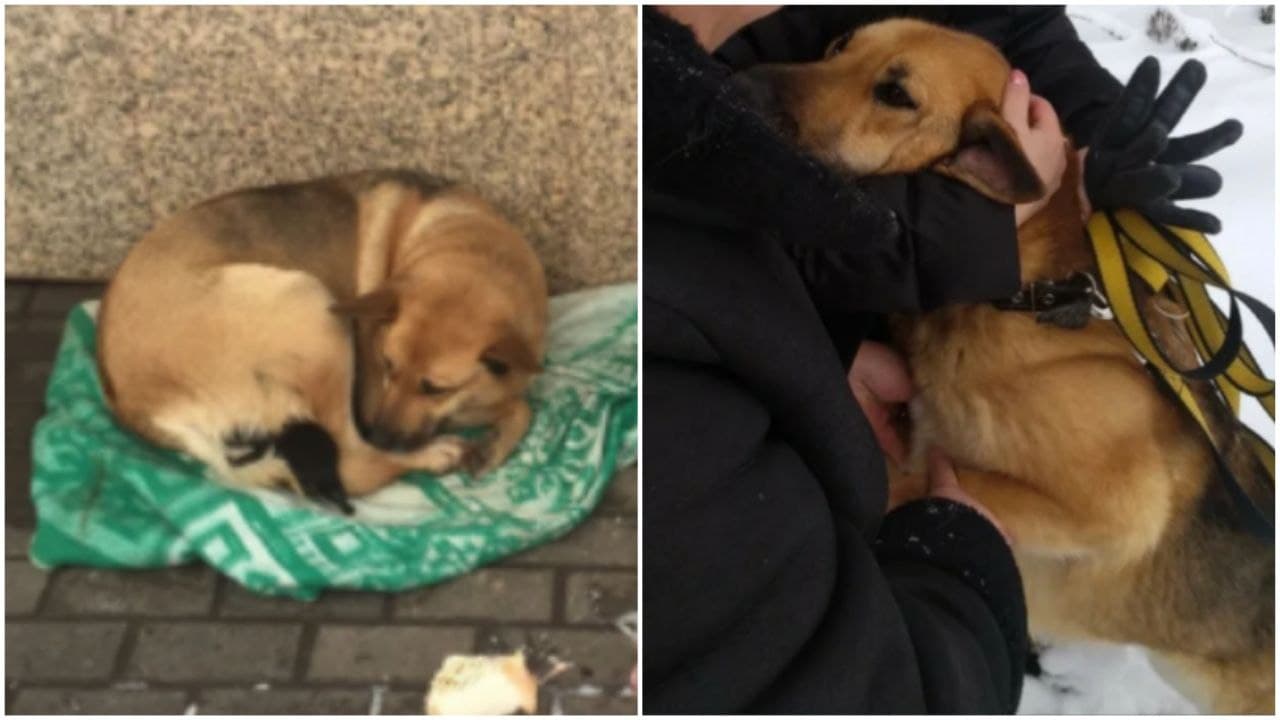 This story happened in 2018 when it was winter outside and the thermometer showed -15° C. One of our volunteers noticed a dog with newborn puppies near the metro station. They were lying on a blanket outside a mobile accessories store, and next to them was a piece of paper on which it was written: « take us home ». Usually, stray dogs do not give birth in the middle of the street, where a lot of people walk, they know more secluded places. Therefore, the first thing we thought about was that she was thrown out of the house into the street, besides, the animal could not bring a blanket and write a sign.

Our volunteer tried to get closer to the dog, then she bared her teeth, making it clear that she would protect her kids by any means.

A crowd began to gather near the volunteer. People said that the dog had been wandering here for a long time together with people who do not have a specific place of residence. She was always friendly and affectionate. Maybe someone hit her, which provoked the birth in the middle of the street. A blanket was brought to her by one of the passers-by. But other people said that one homeless woman tried to pull the blanket out from under the dog this morning. And the volunteer also learned that the inscription was made in a mobile accessories store, near which a dog was lying, to attract attention.

Unfortunately, one puppy has already managed to freeze. So it was necessary to urgently save the others and their mother. 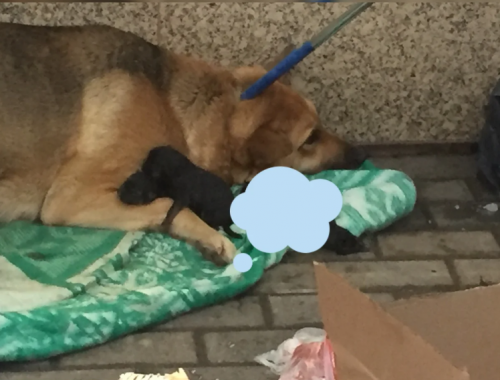 Only thanks to the catcher and a sedative, the dog was able to calm down. Together with the puppies, she was moved to a booth in one of the premises of the shelter. To be honest, it was not safe to approach the booth at first. The dog was under a lot of stress. So food and water were left nearby, and the animal was not touched. The dog was called Laima. 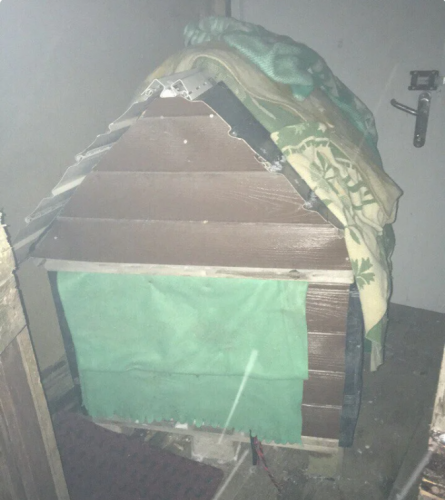 Mom stopped protecting her kids so fiercely when they started to grow up. She began to react to her nickname and turned out to be a very kind dog. We quickly managed to attach the puppies. And a few months later, Laima also found her home. 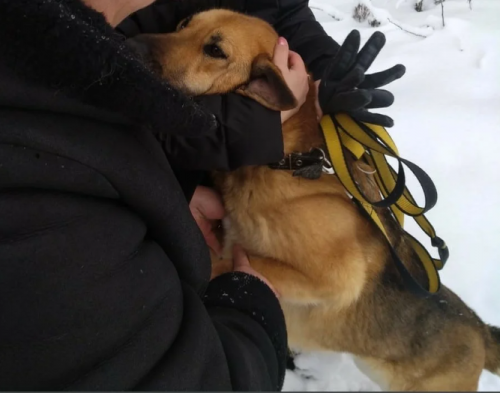 From the first minute, the dog began to trust her new owners and did not make a mistake. 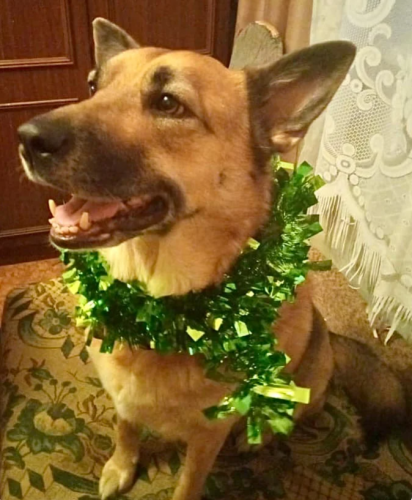 The people turned out to be very good, they were not afraid of difficulties. They were quickly able to accustom an adult street dog to live in an apartment. For three years now, they have been sending us photos of Laima and telling us how affectionate and smart she is. And we still remember the story of the dog with sadness. A freezing dog with newborn puppies in the middle of the street on a blanket, where there are a lot of people, which they tried to take away from her.