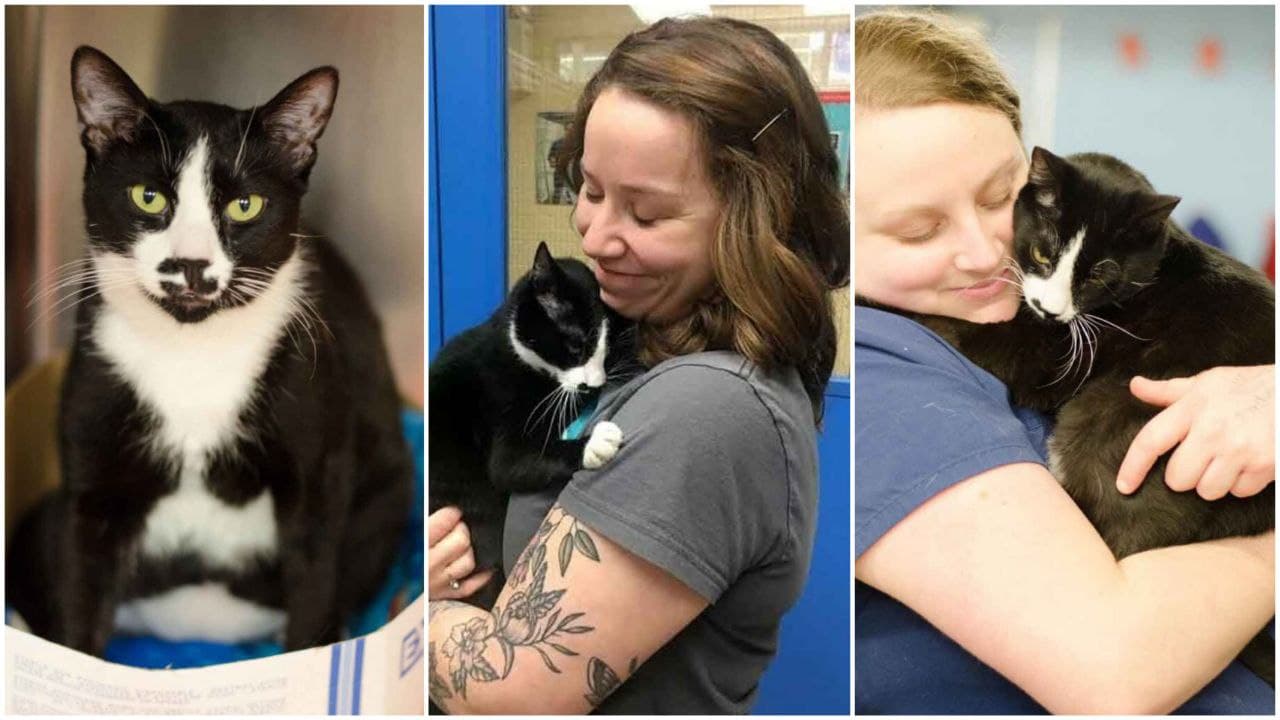 This cat from the shelter loves to hug everyone it meets, and the best thing is that it does not accept negative answers. 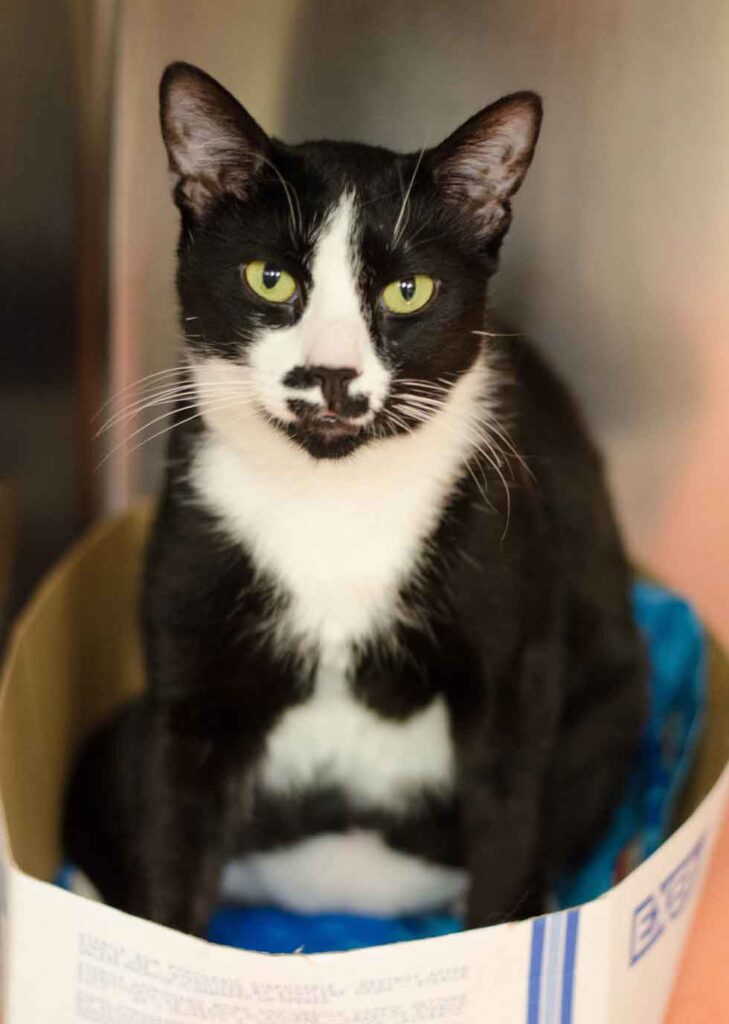 Zorro is a very cute stray cat, but when it was placed in a shelter in Philadelphia, it could hardly stand being touched. 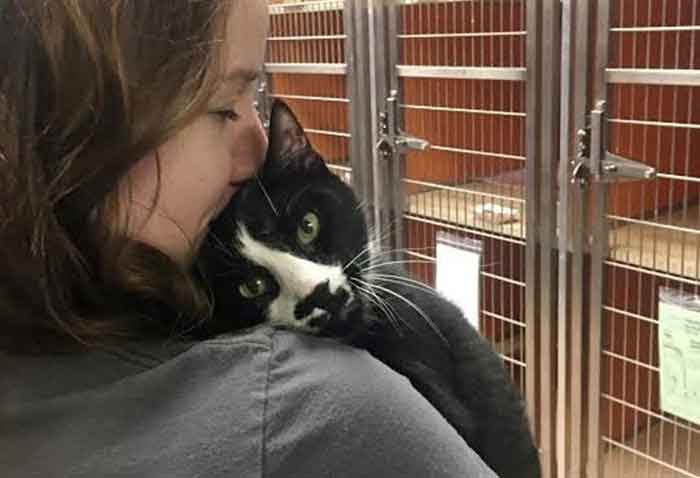 Zorro came to the Pennsylvania SPCA four months ago to get a chance at a better life.
Gillian Kocher, director of Public Relations at the SPCA, said Love Meow:
« It was fed by a good Samaritan for a while, and he was so kind that he tried to find for it a permanent home. Unfortunately, he could not find anyone who would be interested in adopting it and instead decided that it was best to take it away in search of asylum. 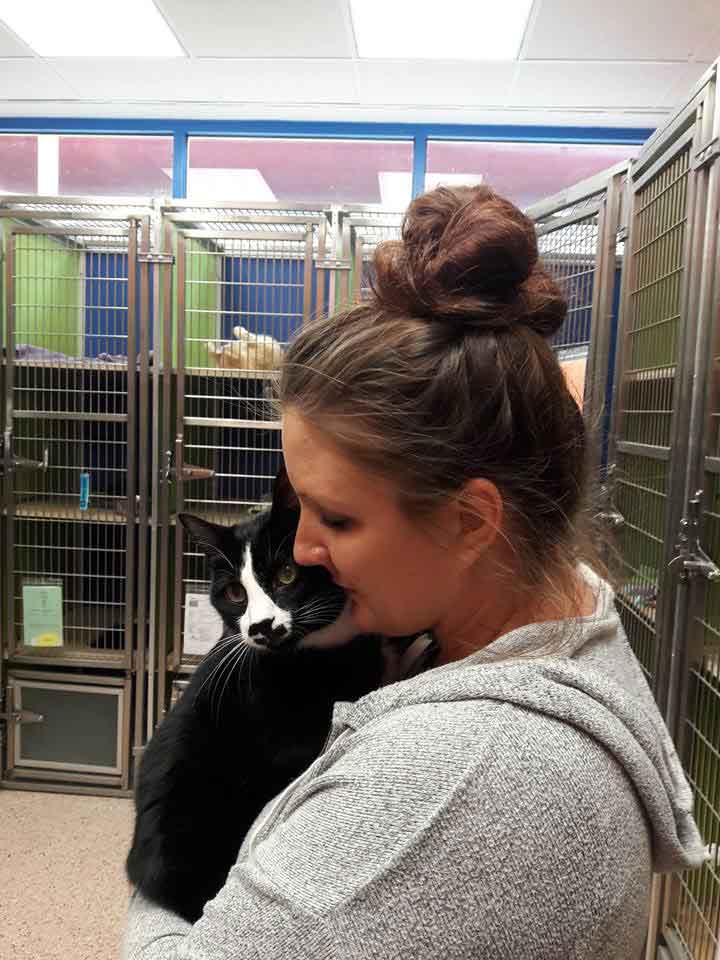 The staff quickly noticed that the cat needed immediate medical attention, as blood was found in its urine. The vet discovered that it had stones in its bladder. 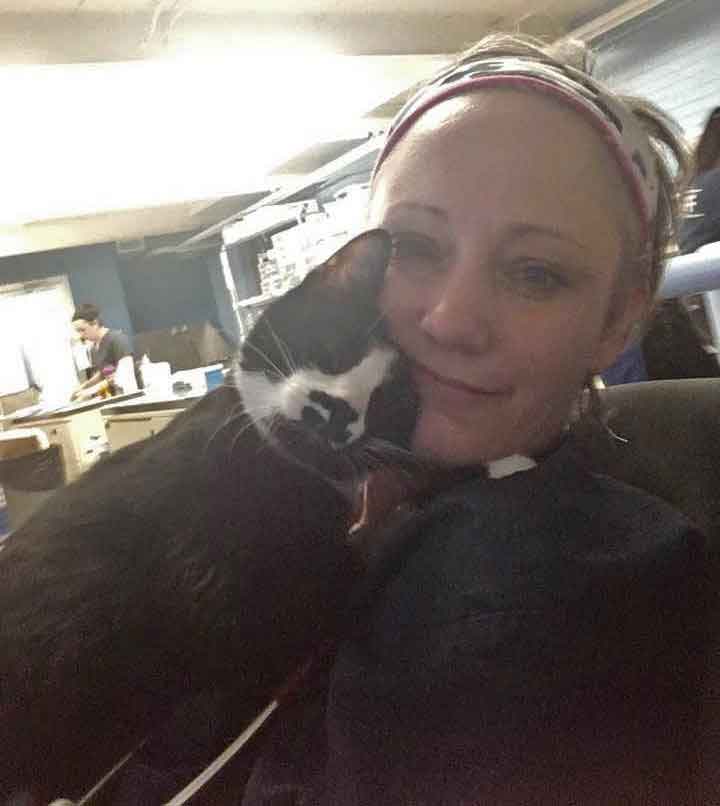 Zorro underwent surgery to remove stones, and when it was treated in the recovery room, the staff quickly noticed something special about it. 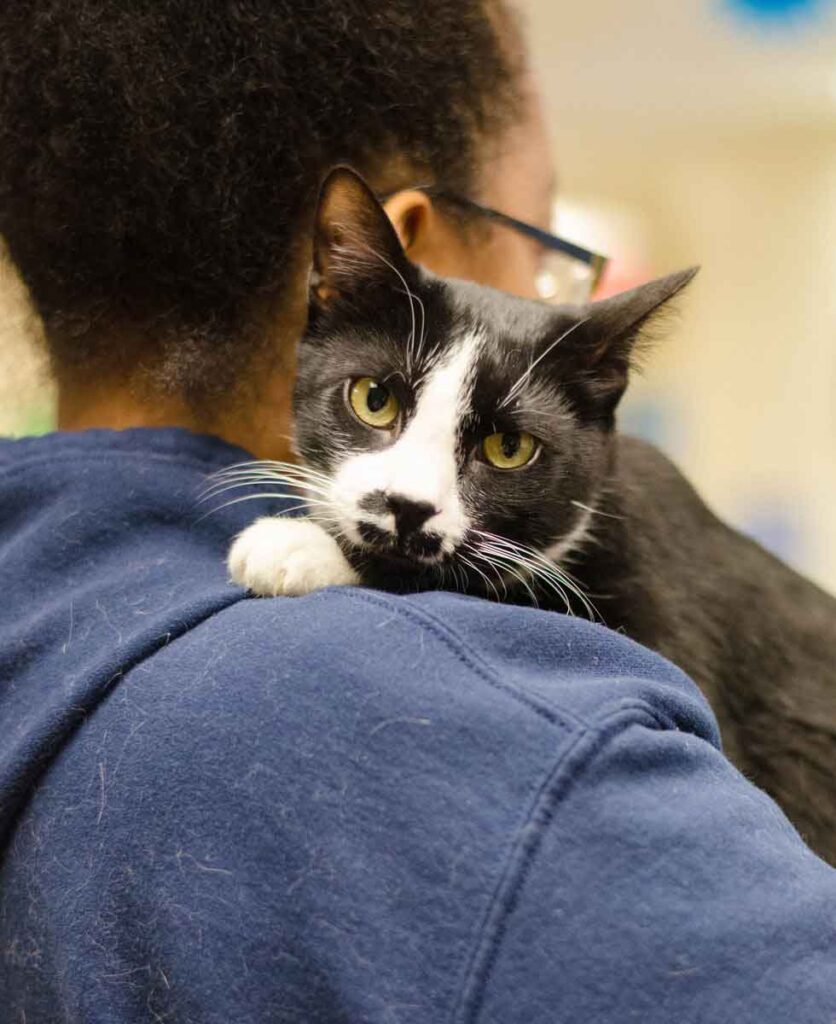 Gillian said:
« It was during its recovery at our shelter that Zorro began to cuddle with veterinary specialists and nurses. When they cleaned its cage, it hugged them, soon it began to touch their faces with its head and purr, sometimes even kissed their faces. » 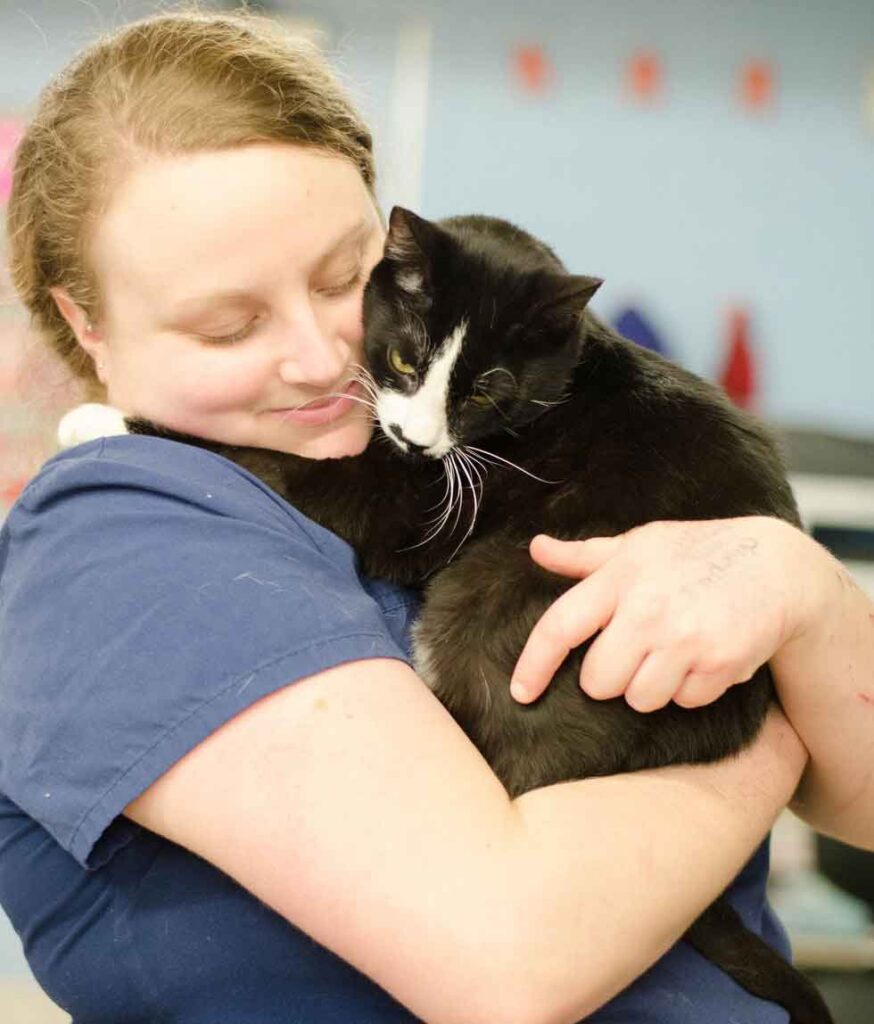 Zorro hugs everyone. Everyone fell in love with this affectionate cat, who gives endless kisses and caresses. 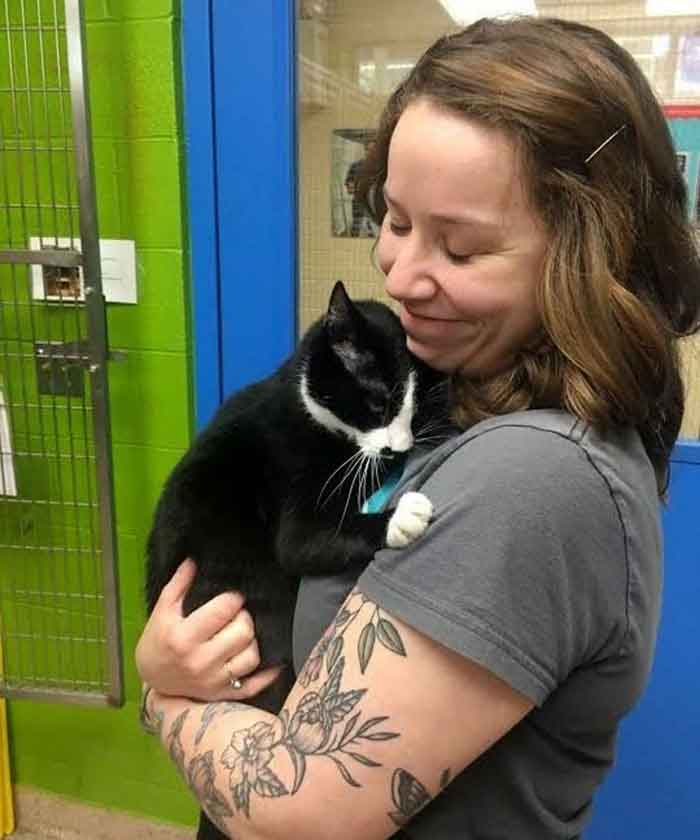 Kristen Nau, an SPCA veterinarian, constantly worked with a cat assistant on her hands when she was in the office. Zorro curled up next to her and sat for hours watching her work. 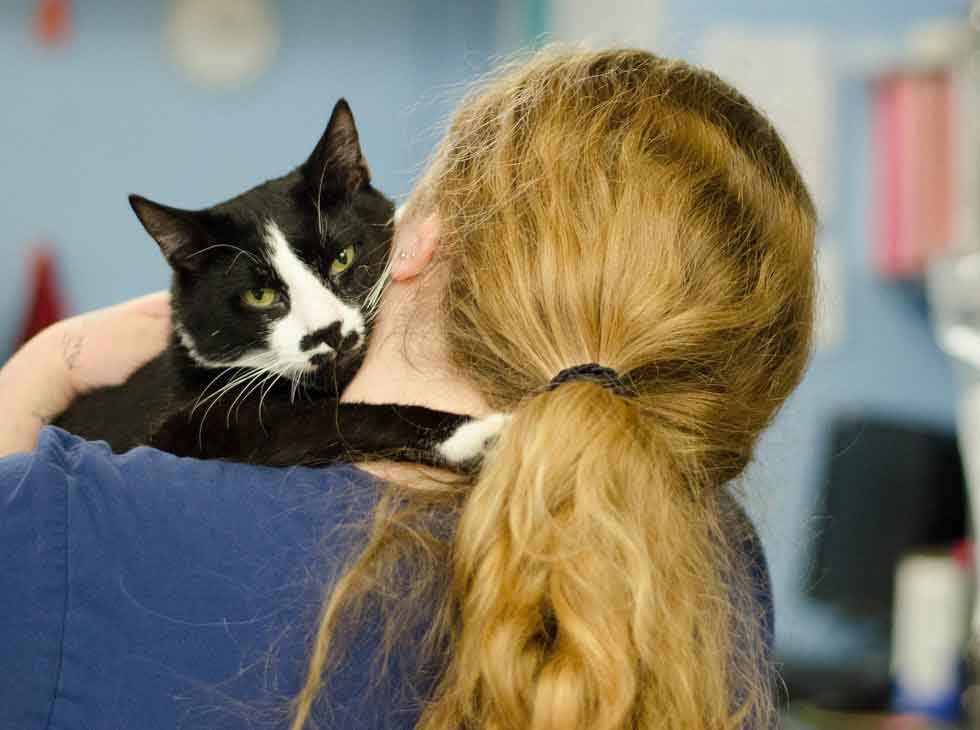 When it was time to put Zorro on the adoption floor, the staff attached a note to his cage, which said “  » it loves to cuddle !” 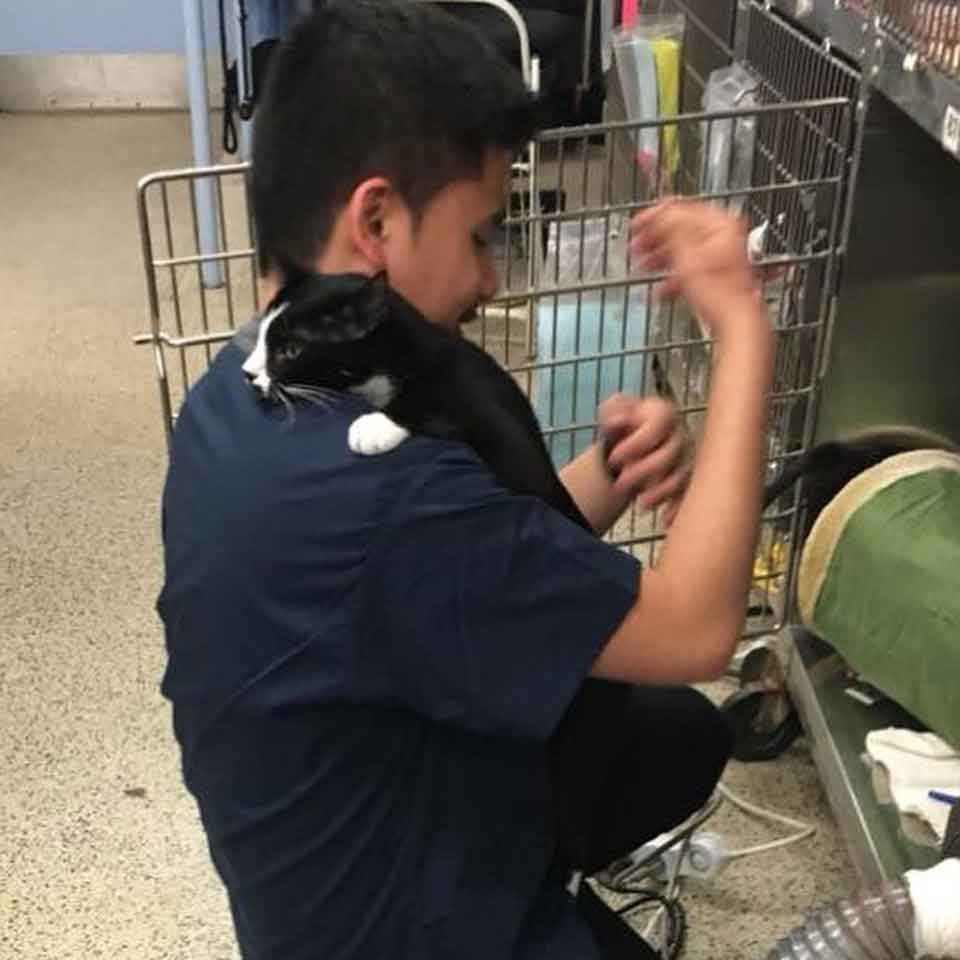 Zorro spent a lot of time wandering the streets, looking for someone to love. Now he is safe, gets better attention and is surrounded by people he wants to hug all the time, and does not take no for an answer.