Not all owners treat their pets responsibly with due attention. A boxer dog named Sheitan was also unlucky. She has spent most of her life on a short chain.

Sheitan lived on the street in any weather. If it were not for the intervention of volunteers, it is unlikely that her health would ever have recovered. 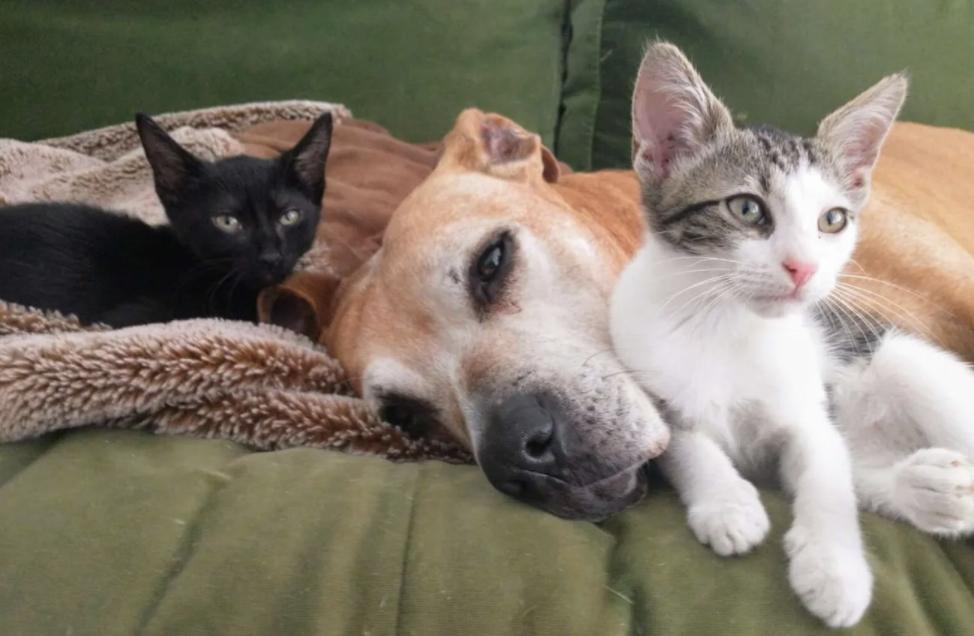 Sheitan lived in a shelter for a while, and then Bridget Hammond saw her. The woman was conquered by the fact that the hard life did not embitter the dog: she is delighted with the kittens, which are often overexposed in Bridget’s house.

And even in moments when there are no cats, Sheitan manages to make friends. Recently, Bridget was surprised to see her dog lying in front of the glass door, looking at an unknown girl of about four years old sitting on the threshold. 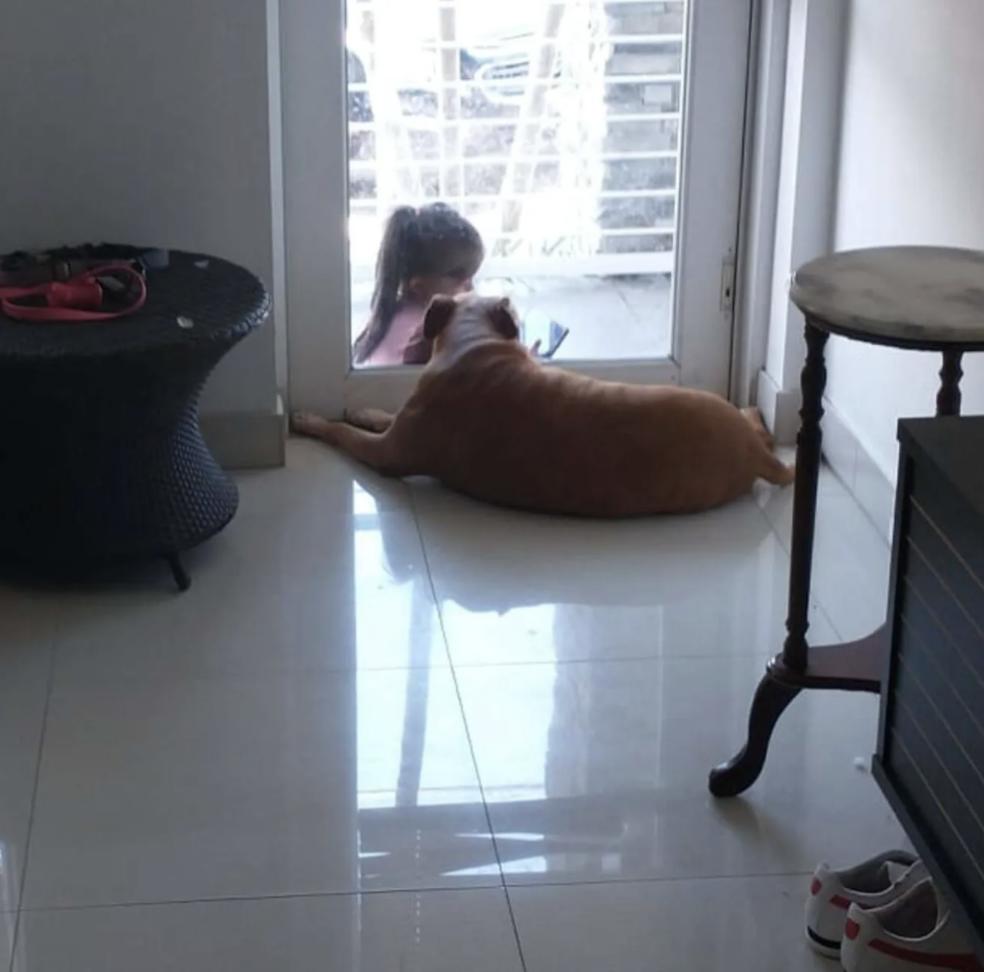 Sheitan pressed her side to the door as if she wanted to warm the baby. And the girl was calmly watching cartoons on her tablet. She especially turned the screen so that the dog could also follow the plot.

This idyll lasted about half an hour. Bridget didn’t say anything to the girl. She just smiled at her through the door when the baby looked up and looked into the house. 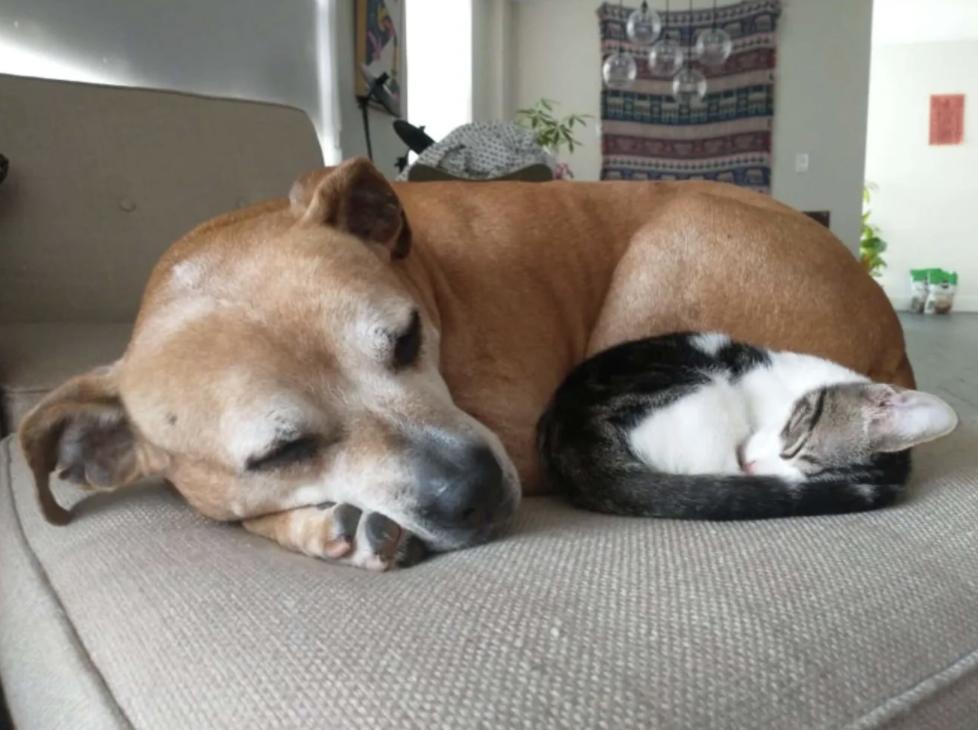 After a while, her parents came for the girl. So far, she has not appeared at the Hammond house, but Bridget does not give up hope of getting to know her dog’s new girlfriend better.