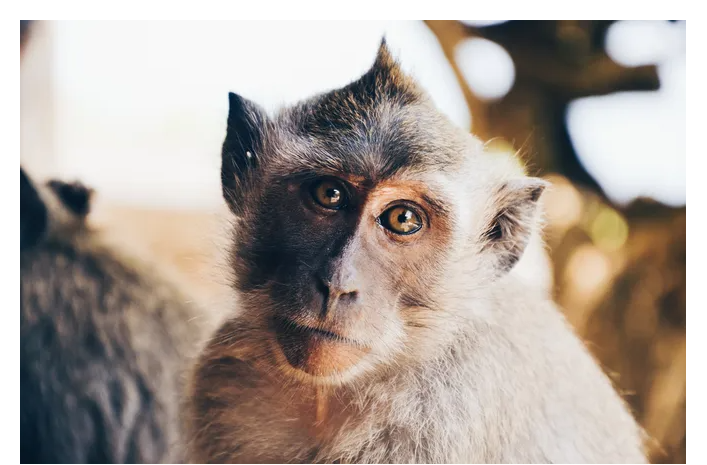 The monkey was so small that life without parents was a real danger for her. And certainly, the baby had no place in a birdcage in a city apartment.

It all started with an alarm call to the British Royal Society for the Protection of Animals. Animal rights activists were informed that a rare monkey lives in a city apartment — and the conditions of its detention are very bad. Monkeys are not suitable for the role of pets at all. Besides, she looked very, very small. 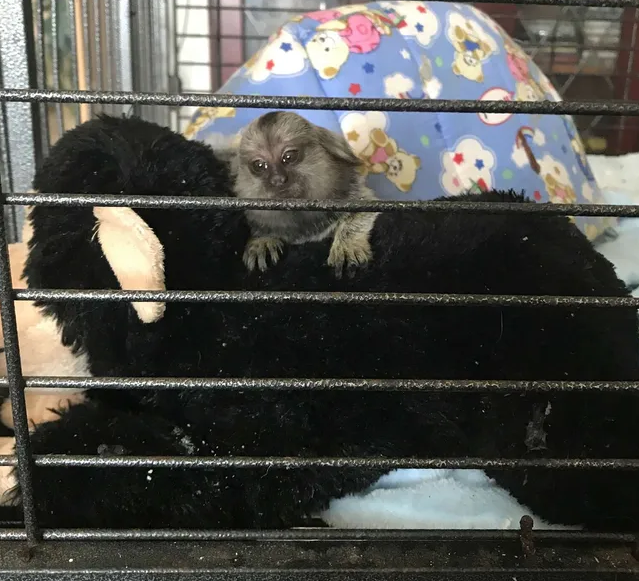 It turned out that this is a marmoset, the smallest monkey in the world. Besides, it was a cub, barely the size of an adult’s palm. The baby was sitting in a birdcage alone. Marmosets are found in South America. They are classified as endangered species, and they cannot be caught or exported.

Fortunately, animal rights activists managed to get permission to remove the baby-his name was Tik-Tok. The baby was sent to the shelter « World of Monkeys », where he could get all the necessary help. The director of the Society, Alison Cronin, personally took care of the fate of the monkey. She took him out of the apartment and brought him to the shelter. The woman chose a foster family for Tiktok, and she really hoped that the baby would be accepted as a native. 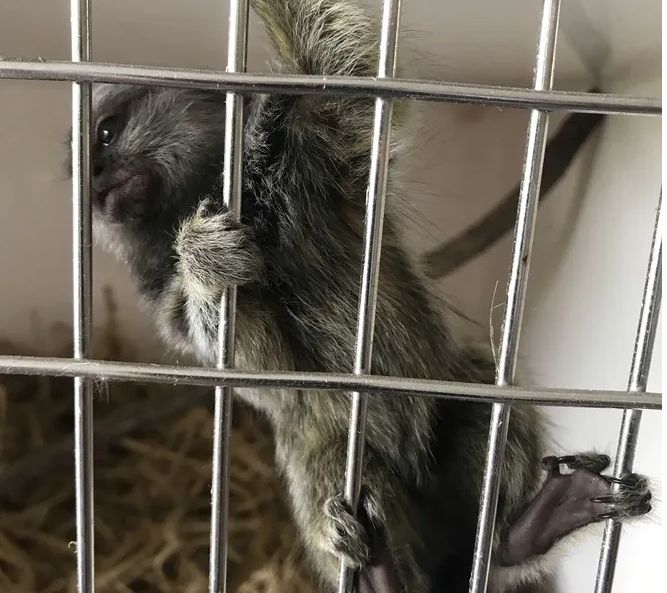 Animal rights activists decided to settle baby Tiktok with Clydie and Ronnie — a pair of marmosets, who were also rescued from a dangerous situation. People hoped that the parents, who themselves went through difficult trials, would be able to accept and support the baby. The moment Tik-Tok saw his new mother, he screamed loudly. And then he jumped on her back.

Clydie immediately accepted the baby and decided to take care of him as if he was her own newborn baby. She carried the baby on her back, took care of him, and protected him. Finally, the baby was examined by specialists. Tik-Tok barely weighed 10 grams. He needed the care that only his parents could give him — without a family, the baby would simply die. Now he had a mom and dad again. 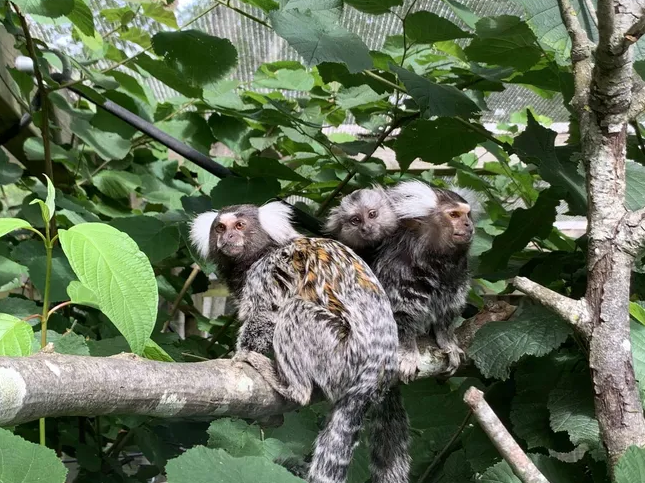 Clydie and Ronnie are so happy that they have a baby to take care of. This is a family of tiny monkeys. Tik-Tok, who almost died of exhaustion, is a great example of why monkeys are completely unsuitable for the role of pets. The baby was torn out of the family to sell to someone for fun, and only a miracle saved his life.