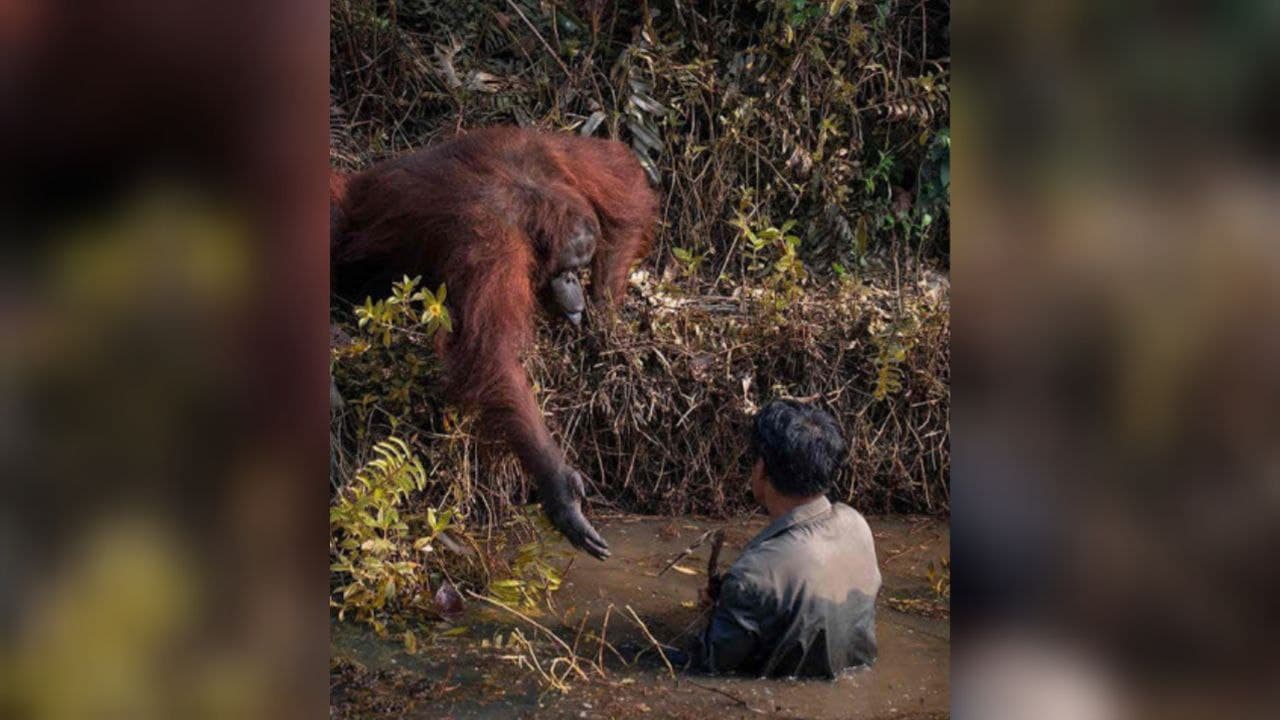 Anil Prabhakar took this footage in a nature reserve in Borneo during a safari.

The photographer and his friends witnessed this amazing picture. The forester climbed into the river to clear it of snakes because they are serious enemies of orangutans. They were looking at all this, and then one of the orangutans stretched out his hand to the man to help him get out of the water.

It was this very moment that Anil managed to capture. When he posted this photo to the Network, users were simply delighted with such a friendly gesture of the animal.

« The forester was told that snakes were seen in the river and he climbed there to fish them. Then the orangutan came to him, for some time observed him, came closer and extended his huge hand to the forester. » – said the photographer.

But the man did not dare to respond to such help. 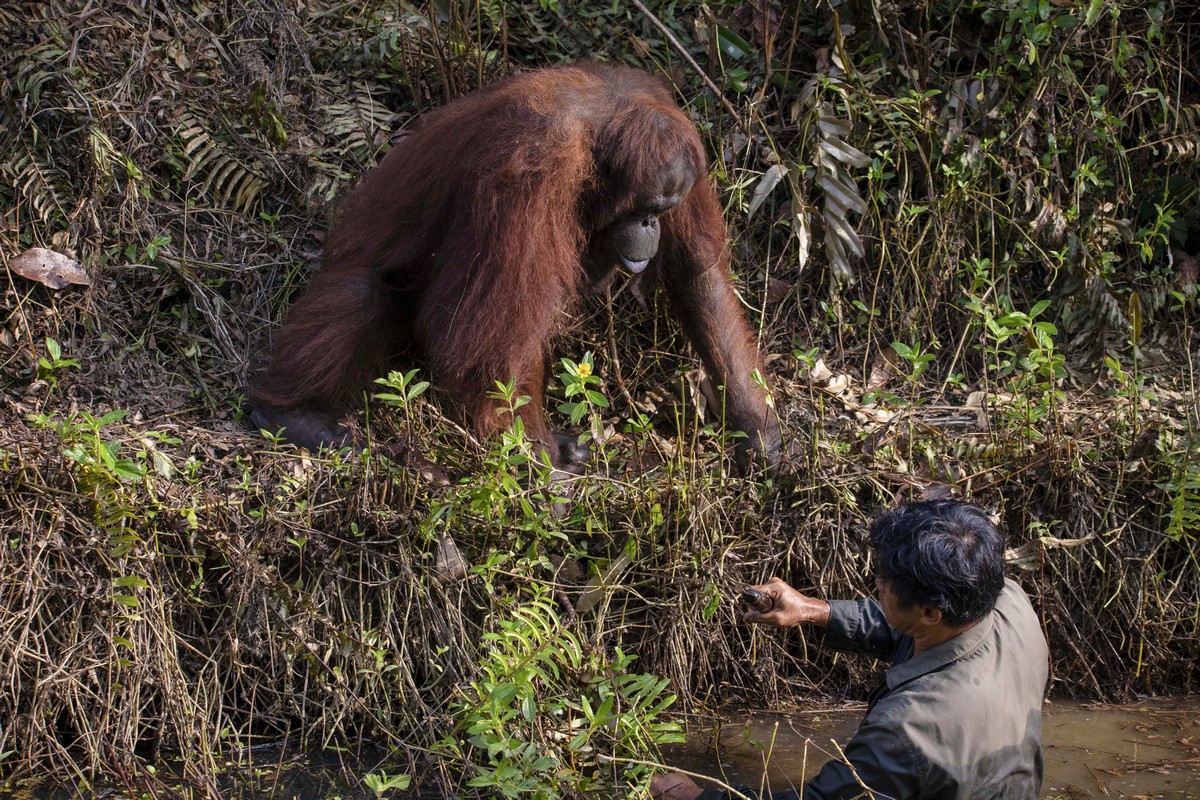 « The forester decided not to take any risks since this is a wild animal and he is completely unfamiliar with it. He just chose to step aside, «  Anil said. 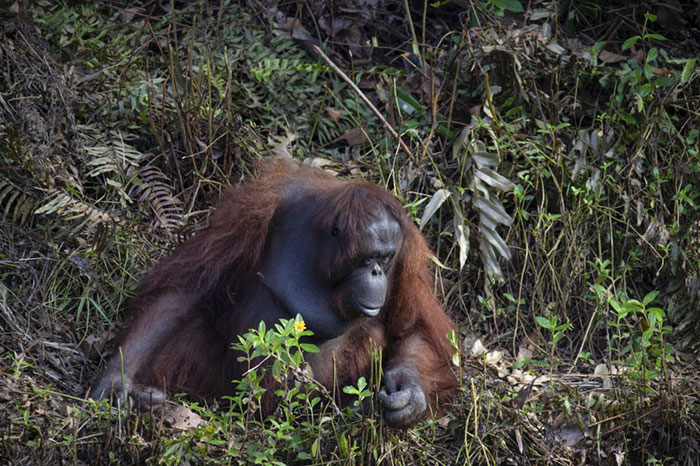 More than 160 species of snakes live in the forests of Borneo, which are very dangerous for orangutans.

Therefore, foresters constantly clean the rivers from snakes and teach animals to escape from poisonous reptiles themselves.