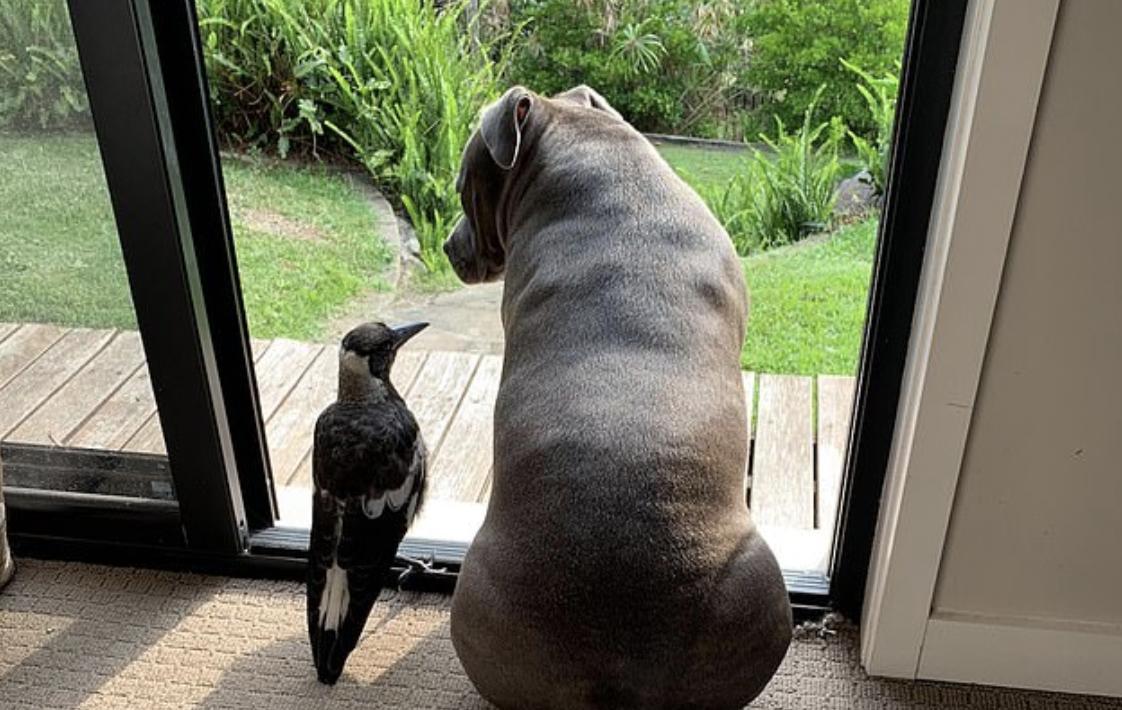 Two friends Peggy and Molly live in the Australian district of Queensland. It’s not surprising, is it? But there is one « but », Peggy is a Staffordshire terrier, and Molly is a wild magpie. Their tender friendship conquered the networks. 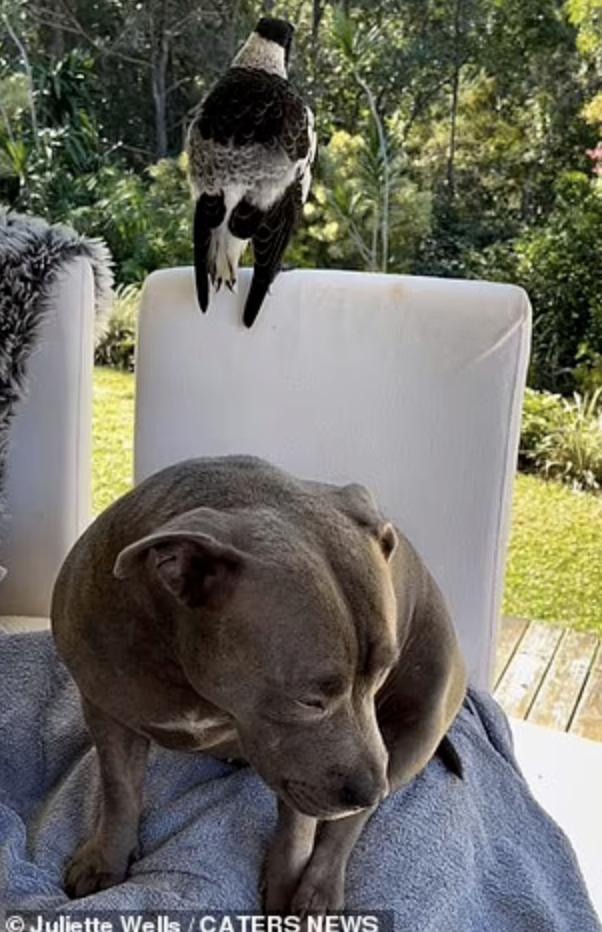 The owners, Juliet and Rhys, posted videos of their pets on TikTok. The video has collected almost three million views. 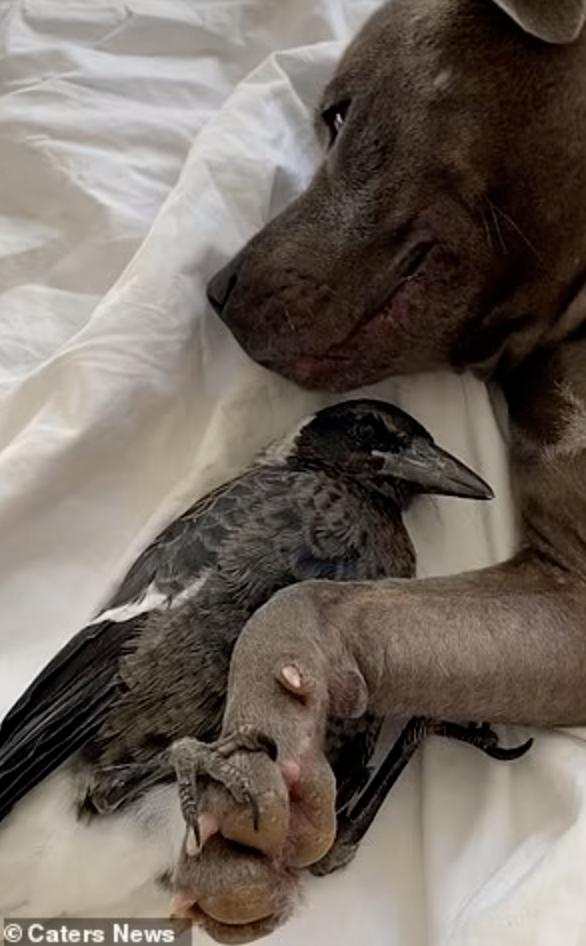 The starved, battered chick was found last fall by Julie and Peggy during a walk. According to the woman, her young staff is usually afraid of lively birds, and here, the dog itself pulled the owner to the bird. Surprisingly, there were no worried parents or a magpie’s nest nearby. 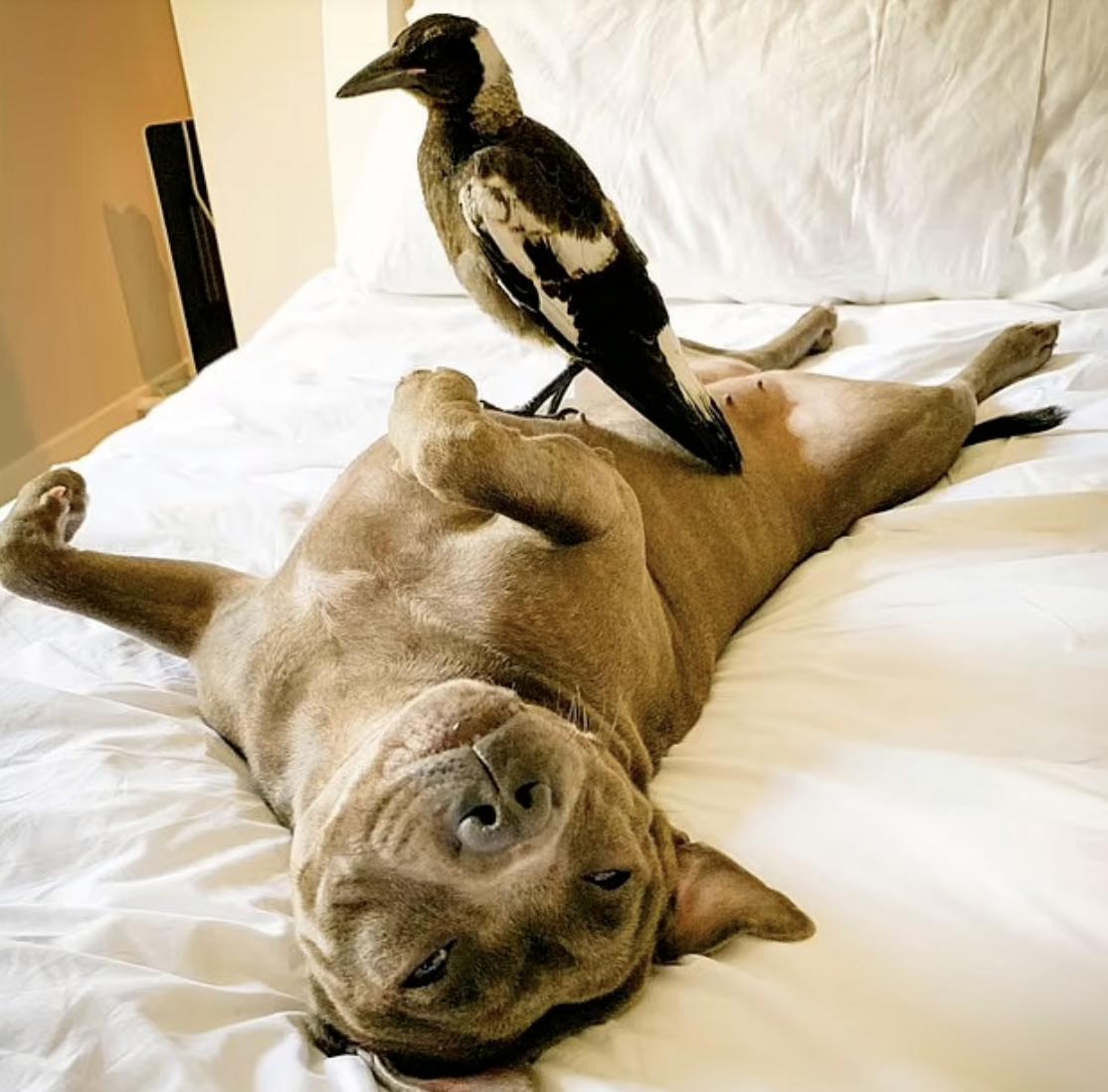 Juliet brought the magpie home. The couple feared for a week that the foundling would not get out. The chick was sleeping all the time and practically did not eat anything. At the same time, the dog was constantly sitting next to him. 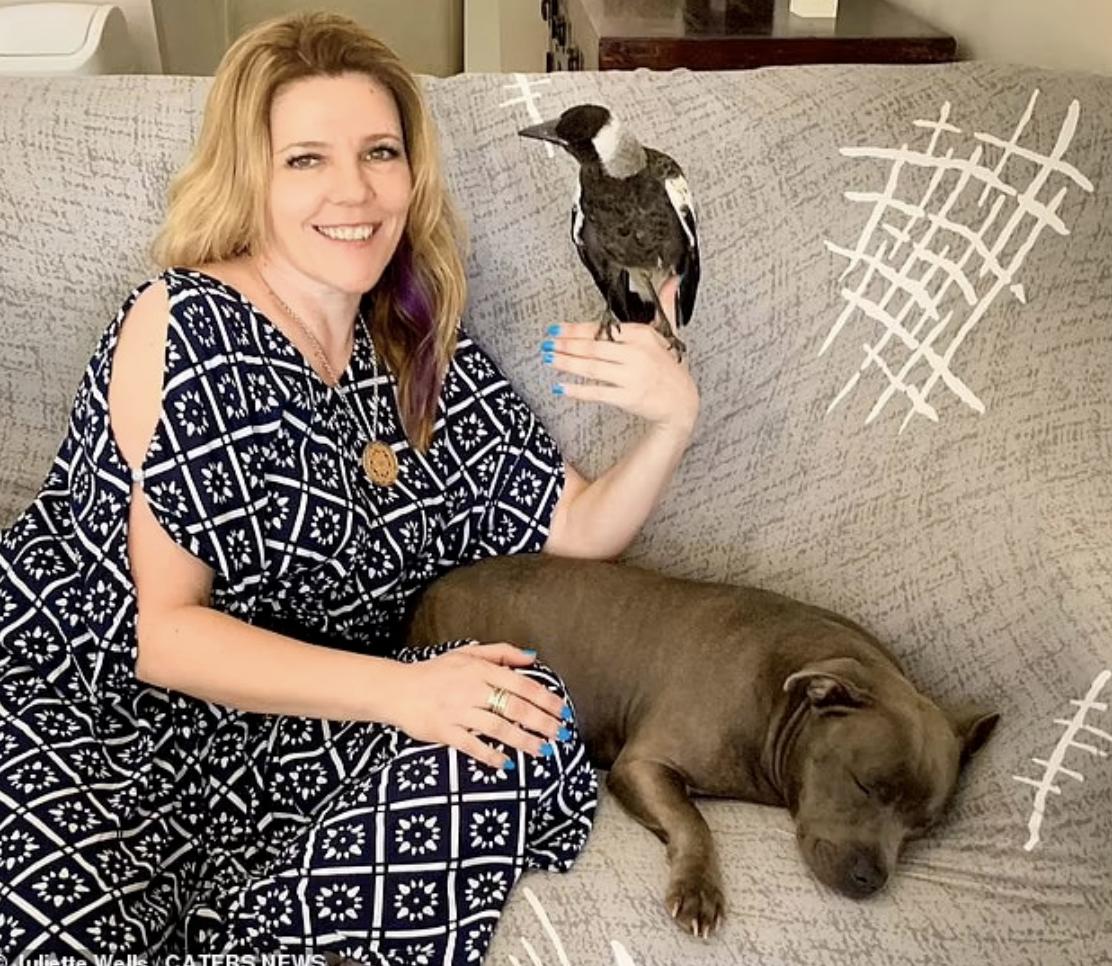 As soon as the bird got stronger, it was given a name and the opportunity to fly away. The couple purposely left the windows open and regularly took Molly outside. But the magpie was in no hurry to leave the hospitable house. Peggy was so patronized by the chick that at some point she decided to adopt her. The young magpie began to adopt the dog’s habits from the « mother ».Molly barks at the neighborhood dogs. 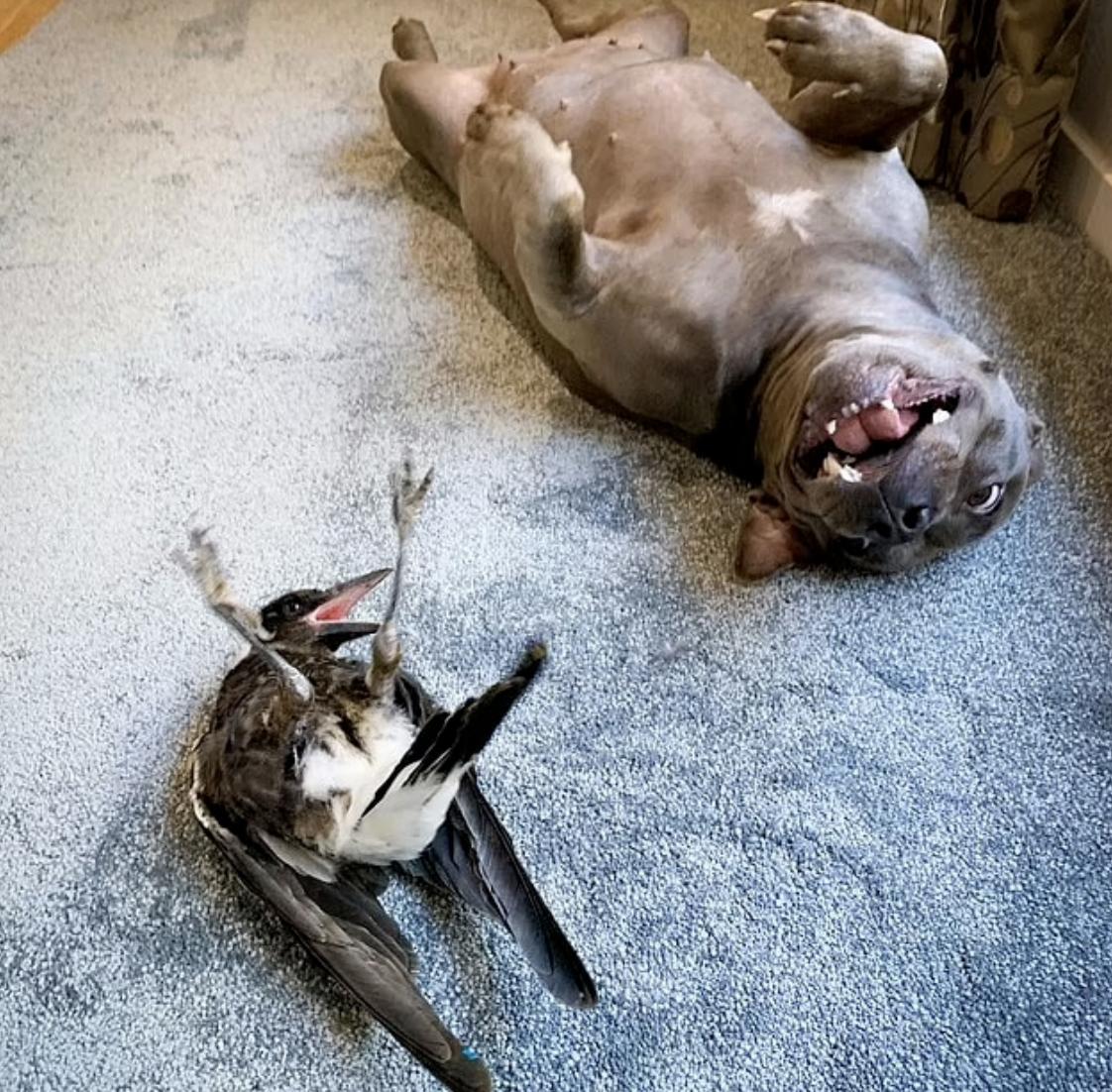 By the way, the dog’s habit of barking has been misleading the owners for a long time. They specially taught the pet not to bark unnecessarily and were always upset when they heard empty barking. Everything became clear when they, together with Peggy, were on the street, and there was barking in the house.

Rhys and Juliet do not give up hope of releasing Molly to her relatives, they would like her to build a nest nearby. Well, Molly seems to be quite satisfied with the current family, she does not plan to change her life yet.