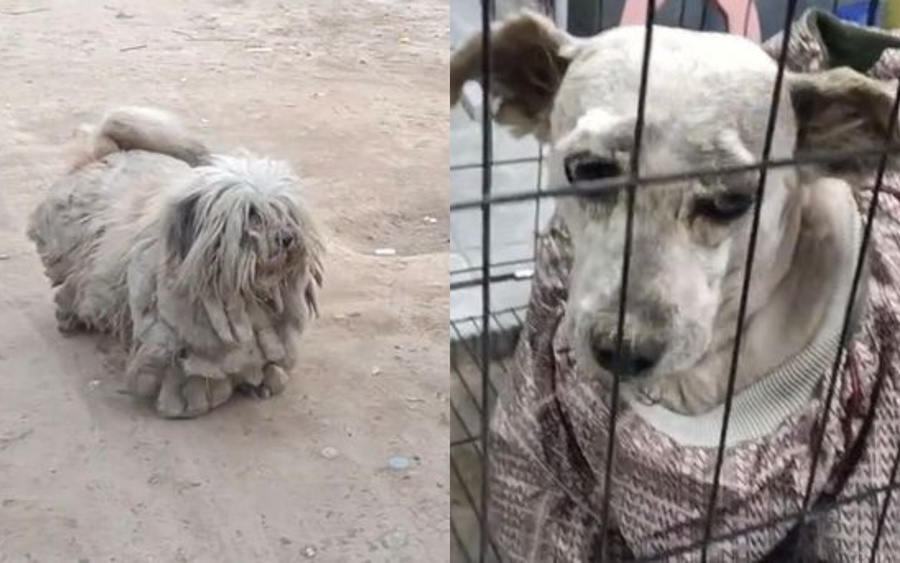 Volunteer Xiao Wu from the Chinese city of Tianjin has repeatedly found the unfortunate animals on the streets. But the story of this dog became significant because initially, it was difficult to determine what kind of animal it was. The thing is that the stray animal was covered with tangles. The dog was scared and did not want to go to people. However, the efforts of the volunteers still yielded results, the timid short-legged dog was still caught and sent to the vet. It was useless to do anything about the animal’s health as long as it had such a coat. Then the groomers came to the rescue. The haircut took hours. And the weight of the trimmed wool reached 3.5 kilograms. It turned out that a very cute dog with sad eyes was hiding behind the tangles. No serious health problems were found in the animal. Moreover, there weren’t even any fleas in the terrible wool.

Xiao Wu took the unfortunate dog home. For a long time, the volunteers thought that they could find its past owners, but in the end, the volunteers decided that it was better to find a new family for the short-legged dog. It will be much happier this way.