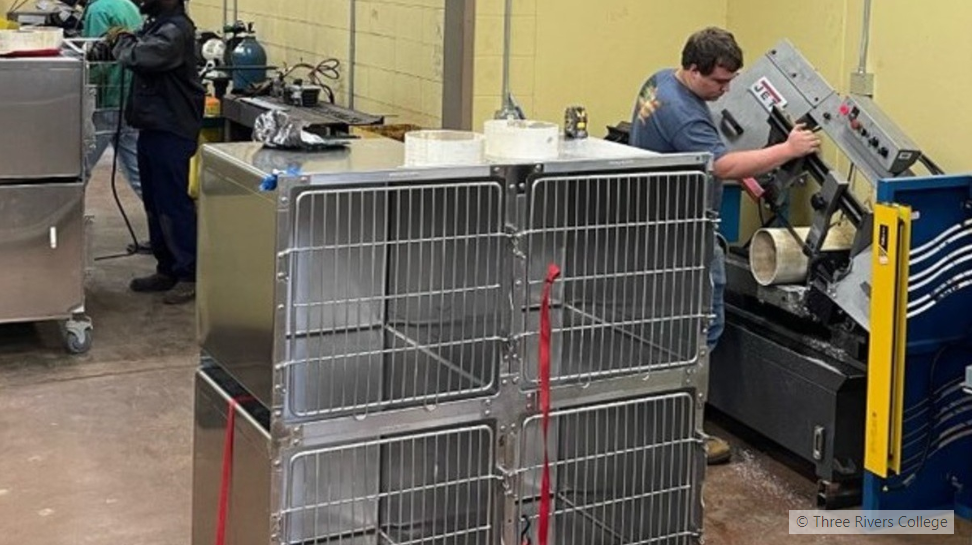 As part of a project carried out in partnership between an animal protection association and a training school, welding students have made special cages for cats nursing their young. The initiative benefits both the students and the animals in the shelter.

Apprentice welders were offered a technical challenge for the benefit of a shelter, and they rose to it with flying colors. Thanks to their work, nursing cats passing through the reception structure will be entitled to more comfort, reported KFVS12.

10 students from the welding school at Three Rivers College, located in Poplar Bluff, Missouri, took part in this project. It consisted of modifying 16 cages to make spaces better suited to cats with babies. The equipment thus produced was then donated to the local shelter, that of the Animal Welfare Alliance of Southeast Missouri.

In practice, the students were called upon to create sets of 2 cages, fixed together and linked together by a PVC tube acting as a tunnel. This passage allows the cat to easily move from one compartment to another. Her kittens stay in one of them, while the second space is entirely dedicated to the mother. She can rest there, eat there or use her litter box, while having her offspring nearby and safe. 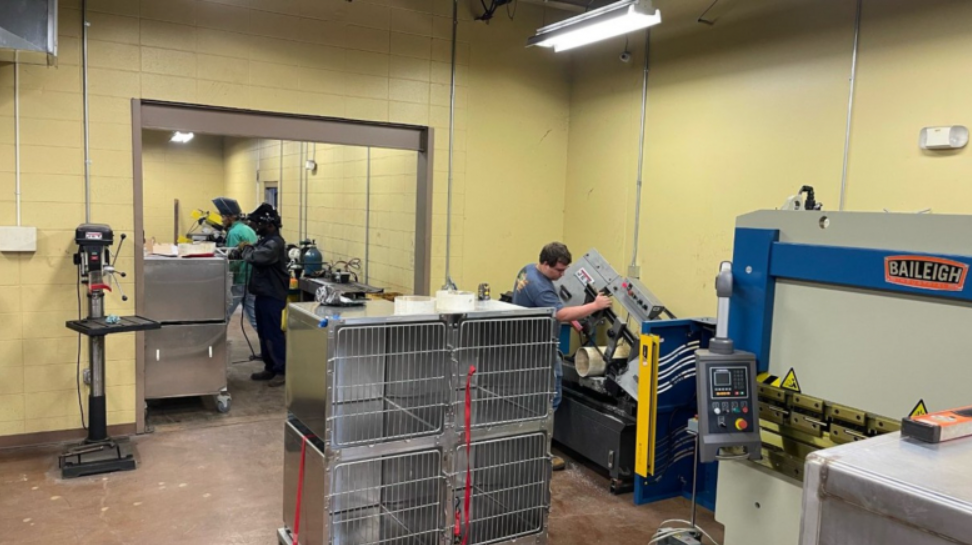 Then, « as soon as the kittens understand how to follow their mother from one cage to another through the PVC tunnel, they can be moved with her to one of our kitten units or other suitable spaces for the weaning,” says Charlotte Craig, secretary and volunteer with the Animal Welfare Alliance of Southeast Missouri. She was also responsible for transporting the cages to the shelter once they were finished. 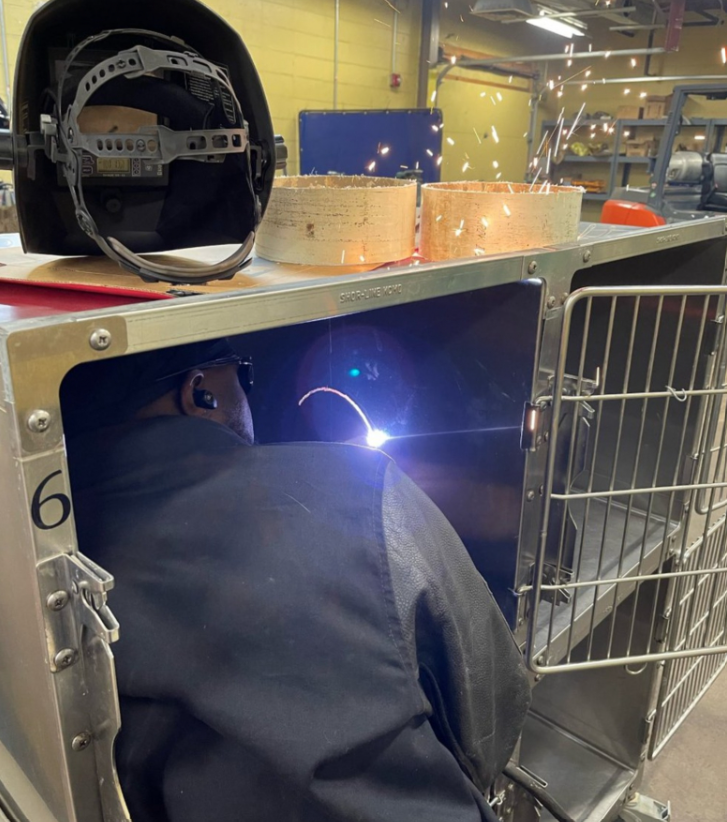 The experience is therefore highly beneficial for the association and its residents, but it has been just as beneficial for the apprentices. It is, indeed, work that they “enjoyed and it helped with the manufacturing process”, according to their trainer Derek Joplin.

The project allowed students to practice the techniques they learned and test their skills. They had to cut well-centered holes in the walls of the cages, match the 2 sides and insert the PVC pipes. Tasks that required great precision, as Derek Joplin pointed out: « If there had been a few millimeters off, it wouldn’t have worked. »

DIVERTISSEMENT 0 111 views
Eebbers was treated to a nice ceremony to mark his retirement, after a long
Laisser un commentaire Annuler la réponse