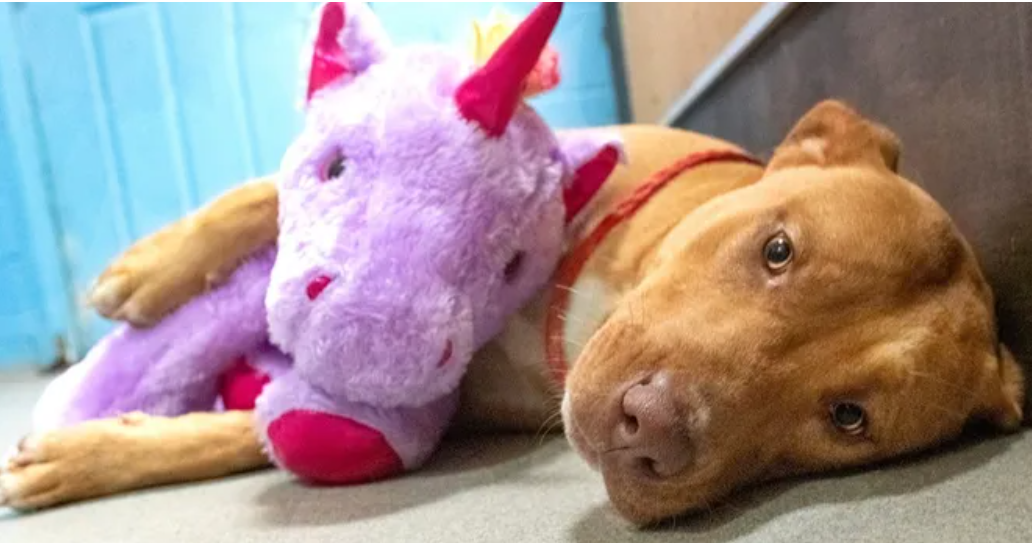 Sisu, a stray dog from North Carolina, was captured by animal control after repeatedly entering into a Dollar General shop to steal a plush unicorn. The dog captured the attention of the animal control officer, who purchased him a toy before bringing him to an animal shelter. As of Friday, Sisu and his favorite pet have a permanent home!