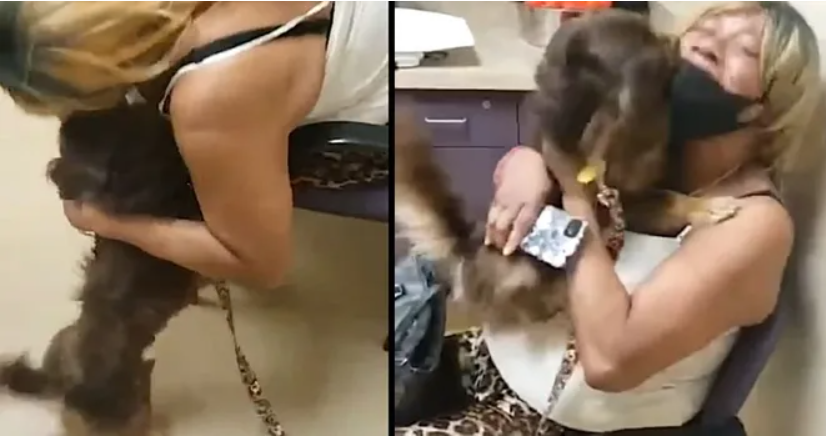 According to the Wisconsin Humane Society’s Facebook page: « We were surprised and overjoyed last week when FOX6 News Milwaukee contacted us following one of our frequent Adopt-A-Pet features. They informed us that Dwight, one of their viewers, called in because he knew the puppy we had highlighted.

The morning news on FOX6 had awakened him up early on Wednesday, and our volunteer had just begun describing a little, brown puppy with the cutest underbite. Dwight always switches off his TV at night, but he must have done so by mistake or possibly by chance. Dwight only to take a quick peek at the image to instantly recognize Payday, his long-lost dog who had vanished nearly two years prior!