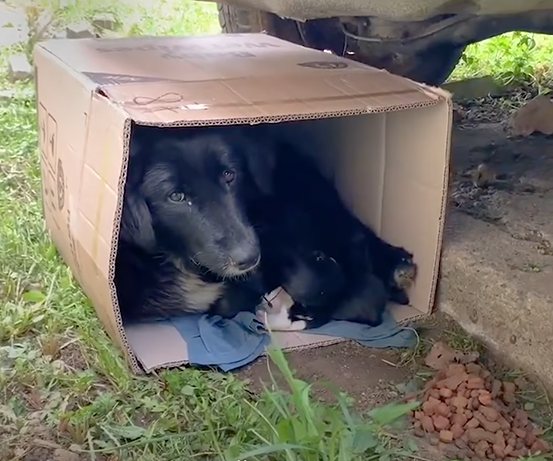 The mother and her puppies were living in a cardboard box when a rescuer from the dog shelter in Mladenovac, Serbia, saw them and felt he had to assist. The small family had all they needed to survive, but they couldn’t continue in this manner forever.

It would take time for the man to win Mama’s trust. He would have to focus on the puppies at first, and only then could he return to her. He was able to seize her and place her in a separate box so they could travel to the shelter and be reunited. After that, they both went to a foster home until they ultimately found their forever homes!