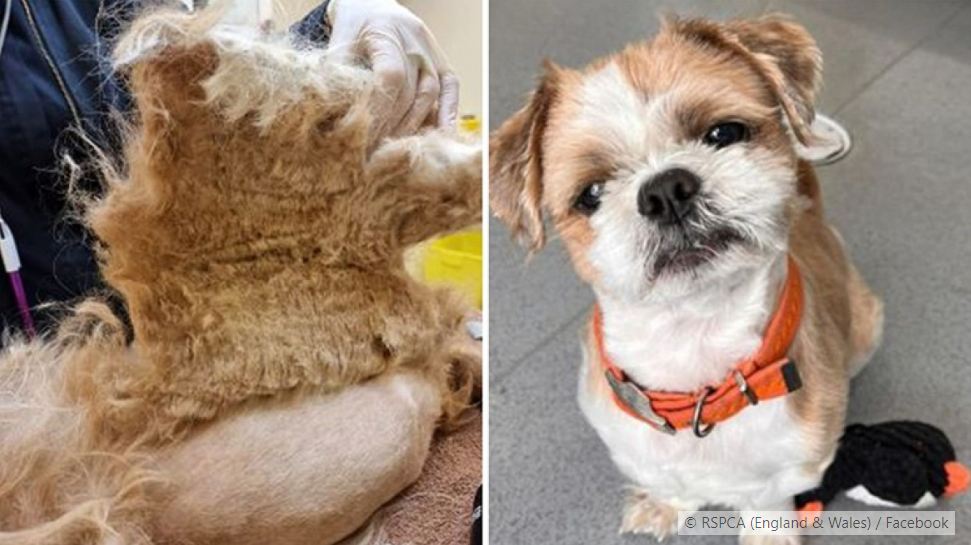 The RSPCA does a remarkable job of rescuing poor animals. This case broke the hearts of the volunteers, but thanks to their dedication, the dog is now transformed and ready to enter a new home.

In June 2022, RSPCA officers were entrusted with an elderly dog in poor condition named Moses. The unfortunate man had been picked up by a Good Samaritan near a house on the outskirts of Derby in the UK.

“The magnitude of what we were facing became apparent once the veterinary team started working on Moses’ coat. He was covered in urine and faeces. He smelled really bad,” a spokesperson for the association told the Mirror. 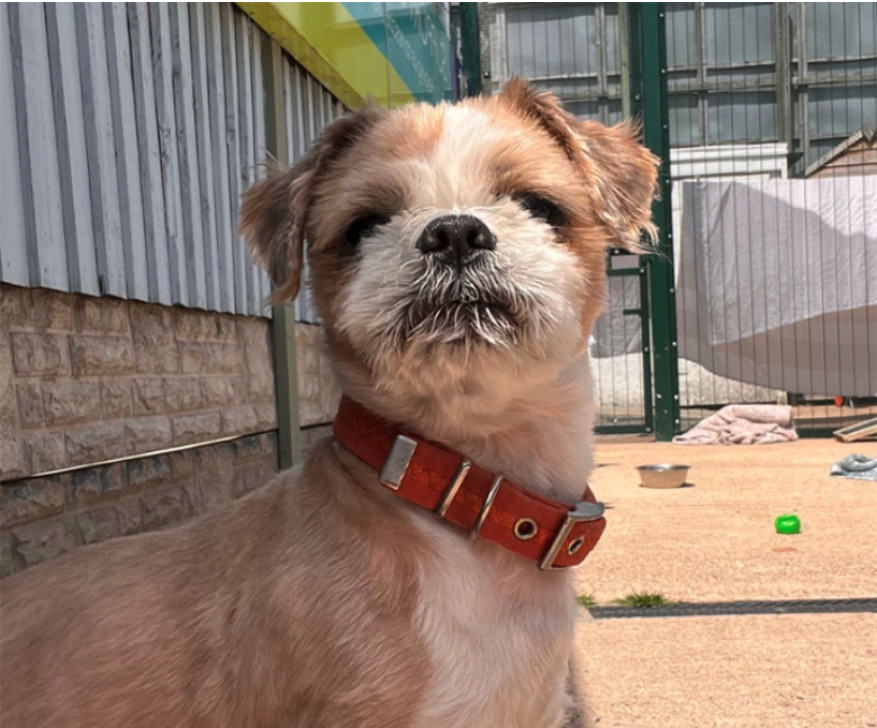 The animal doctors took more than 2 hours to completely shave Moses’ coat. He had been placed under light sedation in order to minimize the risks due to his old age. It was therefore necessary to be delicate, because he suffered terribly from his inflammation of the skin.

“A cocktail straw was found embedded in his hair,” the spokesperson revealed.

Once rid of the weight of his coat, Moses was a whole different dog. It turned out to be an adorable Shih Tzu about 9 years old.

He was cured of mild anemia and joined the shelter. 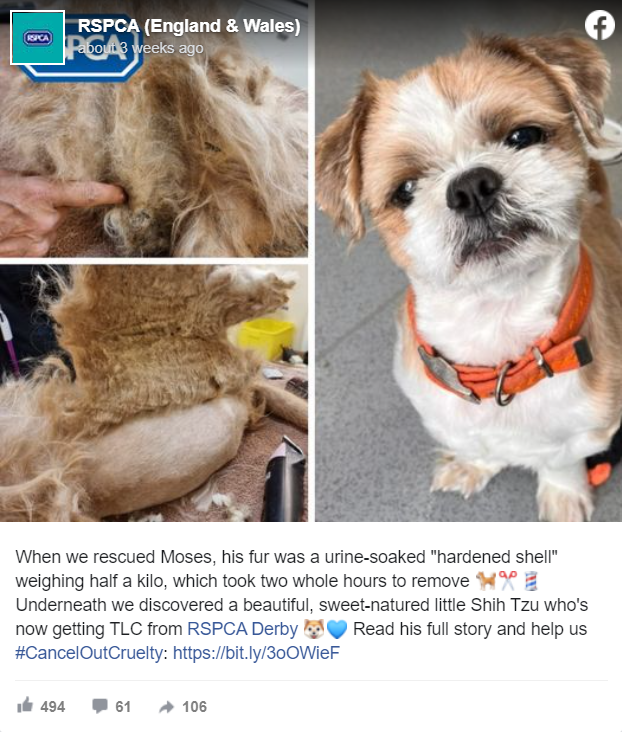 “It was clear that Moses had been part of the family for a long time, but his owner was trying to cope with significant health issues and things had become too much for him to handle. He kindly handed over his dog to us so that he would receive the best care,” said Inspector Pamela Bird.

Today, Moses is taking full advantage of his new physical condition and eagerly awaits the arrival of his adopters.