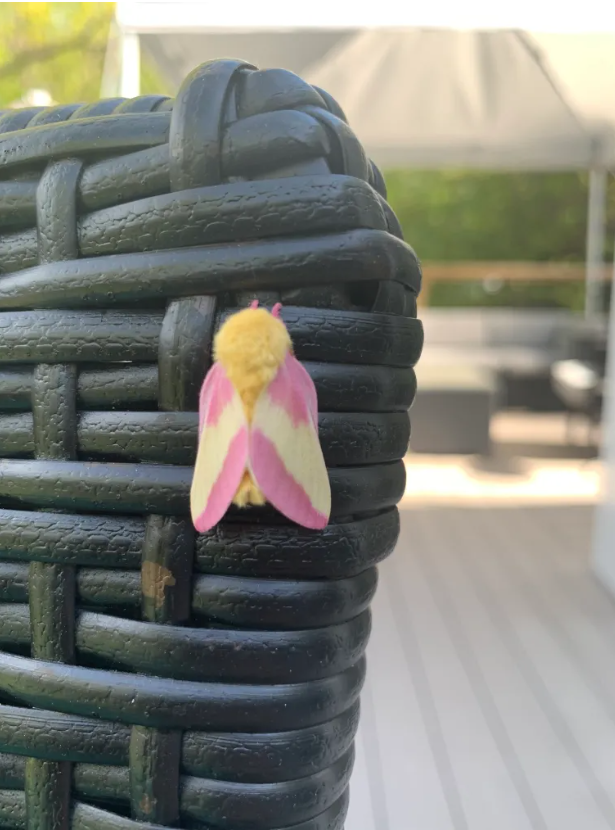 After discovering the most stunning and multicolored moth outside of her own house, Rebecca Lavoie posted on Twitter. She was astounded by what she saw because she had no idea such a thing existed. She took a picture of the cartoon-like, fluffy, yellow, and pink bug for everyone to see.

The pink maple moth, which is endemic to North America, can be spotted in the spring between southern Canada and Texas in the west and as far south as Florida. Although they sometimes inhabit oak trees, they prefer maple trees.

You might think you’re fortunate to have seen one in person, but Rebecca saw another later on that day! 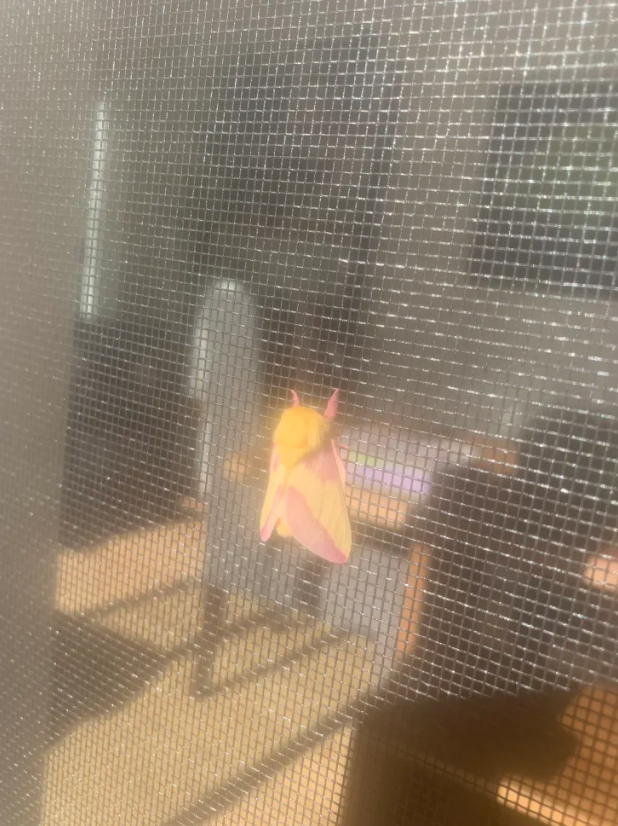 She provided an update by tweeting that the moth had invited a companion over and that they appeared to enjoy themselves immensely on her deck! Although most people aren’t really fond of insects, this one is certainly fascinating to watch.