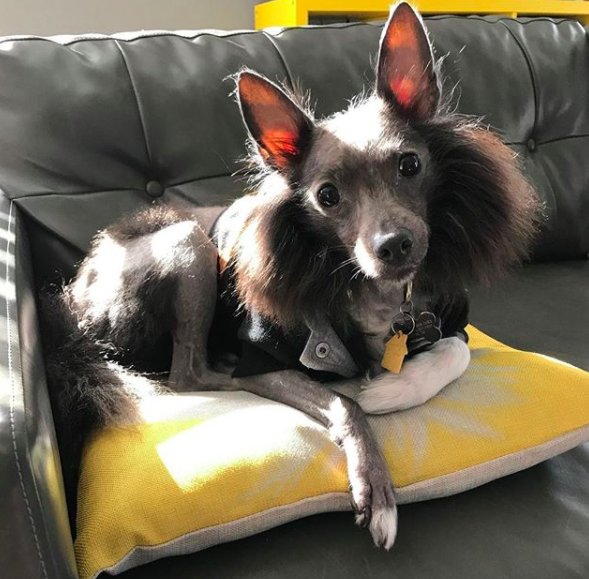 Julius was found in Texas. He wandered down the street all alone and was very afraid of everything around him. 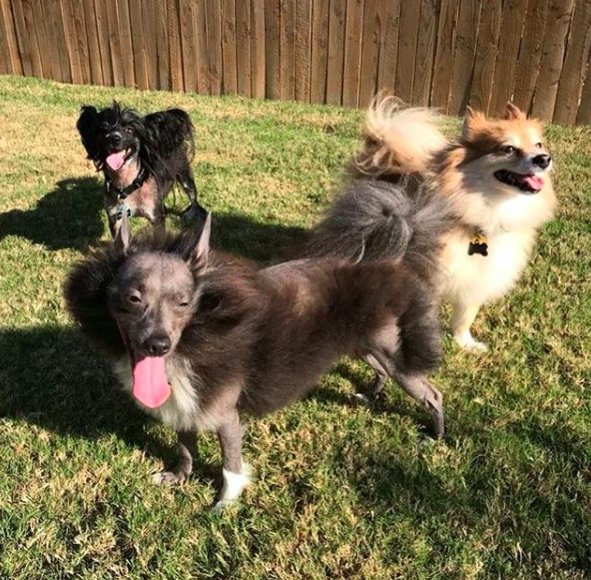 He was noticed by employees of a local shelter. It turned out that despite all the horrors that this little warrior faced in his life, his physical health did not suffer much, but morally he was completely exhausted. 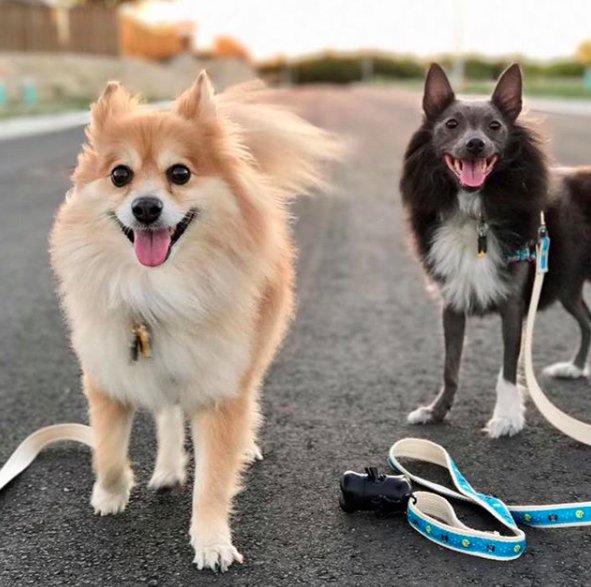 He was noticed by Sarah, who already had one dog from the shelter, and the girl realized that she needed another dog. She liked the dog’s appearance. He is half Chinese crested and half Pomeranian. In some places it grows fur, in others, it does not.

His appearance repels many people, but it was his personality that attracted Sarah. 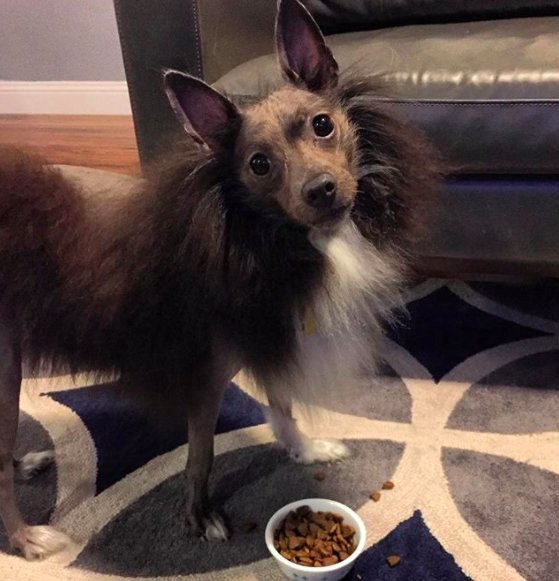 Julius, living in a loving family, began to open up, and gradually stopped being afraid of people and other dogs. 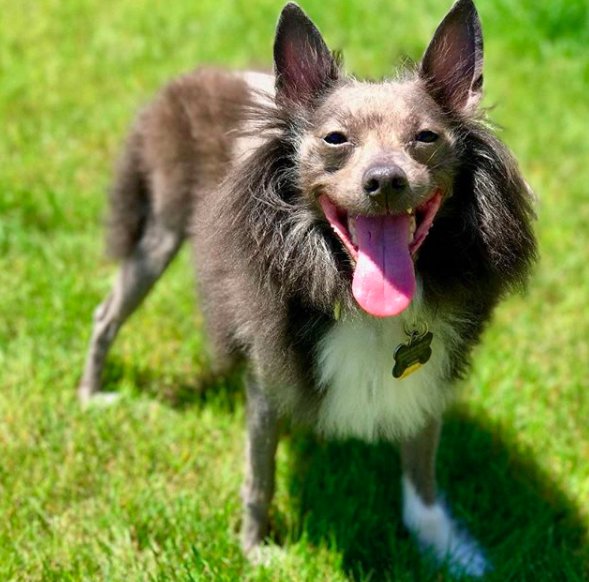 Sarah, by the way, took a third dog. Now the animals will definitely not be bored!

ANIMALS 0 346 views
A woman accidentally noticed this stray cat while walking down the street. When she