It was this cry for help that saved it and helped it survive. Unfortunately, fourteen puppies and one adult dog could not save their lives.

What happened? The fact is that a man with mental disabilities decided to restore the breed of Siberian huskies. He took the abandoned dogs from the volunteer services, chained them up, and started breeding and selling puppies. One terrible day there was a fire, the «businessman» who was injured during it was taken to the clinic. Not a single person was aware that the man has dogs. 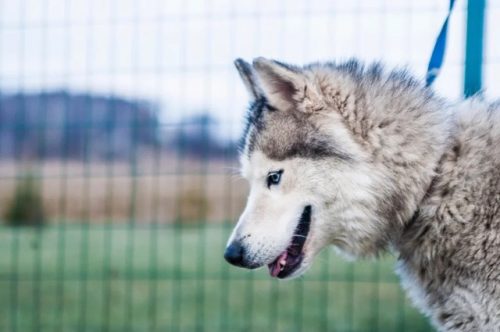 For seven days, the poor dogs sat without food and water. Their suffering cannot be described in words. It was cold and the dogs were sitting on the damp ground around the clock. They didn’t have booths or any kind of shelter, although that wouldn’t have saved them. But Pouf saved them. He shouted in such a heart-rending and piercing voice that the inhabitants of another village heard him. They decided to come and take a look at what was going on. 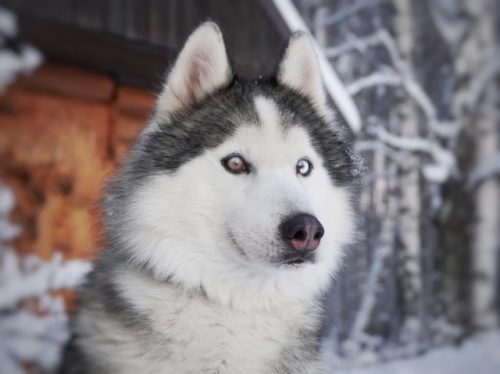 The picture was simply amazing in its cruelty. Poor huskies were sitting on short chains, no more than a meter long.

Two animals were taken away by volunteers, who initially gave them to this penal servitude. Nobody knew Pouf, so we had to take care of it. 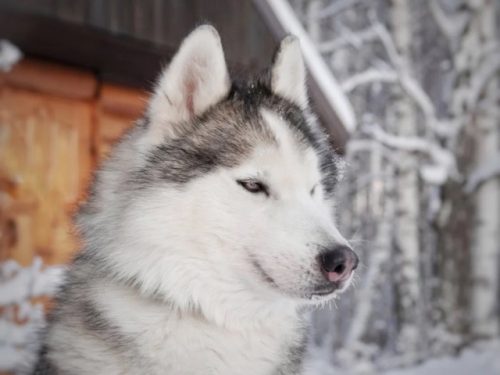 This wonderful dog has been living with us for two years. One day one person expressed a desire to pick the doggy up, but after a while, he stopped answering calls.

Pouf is an incredibly sociable dog. You say one word to it, and in response, you hear a whole story. Probably, it tells about its life trials. 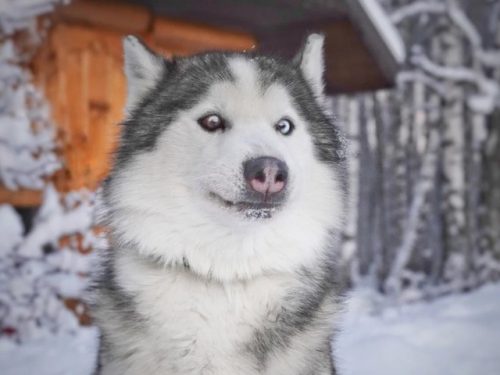 Before you sell puppies on ad sites for a few cents, think about it. Leave this idea! After all, such inadequate people can respond to the offer.