They say that animals feel when a kind person approaches them. And if you had any doubts about that, then these two happy gorillas are perfect proof. They pose for some fun shots with guys who risk their lives to protect them. 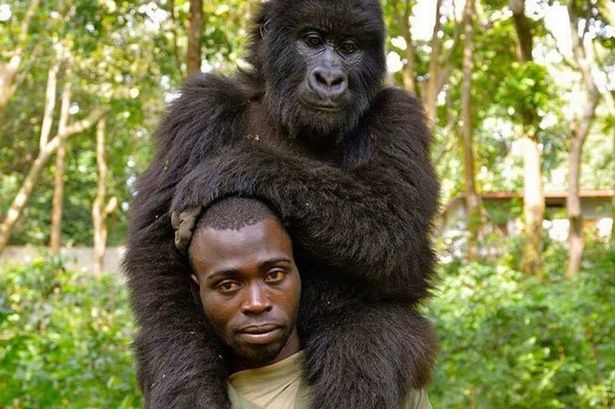 This occurred in the Virunga National Park, listed as a UNESCO World Heritage Site in the Democratic Republic of the Congo. Some photogenic gorillas and park rangers are posing for unique selfies. «Virunga is protected by a special team of over 600 Rangers. These local men and women undergo intensive training, risking their lives daily to protect the park’s exceptional wildlife, including the last endangered mountain gorillas in the world,» said the park’s website. 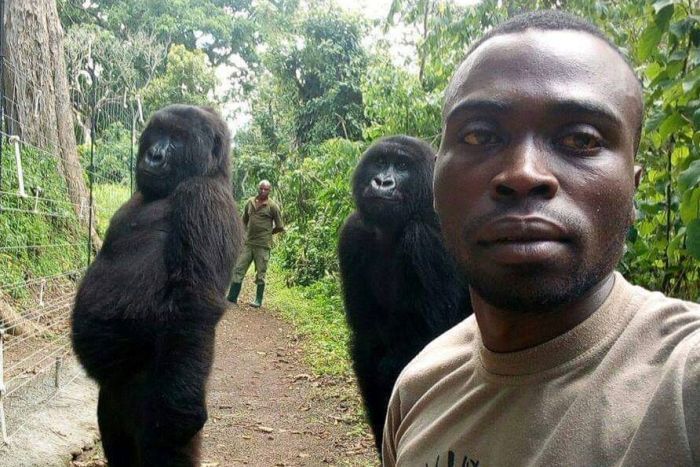 While the Ranger’s work is as serious and dangerous as possible, it seems that they take the time to communicate with the beautiful beings for whom they risk their lives to protect them. Ever since the great pictures were published on social media, they’ve become viral, winning the hearts of millions.

The two gorillas named Ndakasi and Matabishi are mountain gorillas,  critically endangered species. It is impossible not to notice how naturally they act in front of the camera. And of course, how happy and safe they feel in the presence of their protectors.