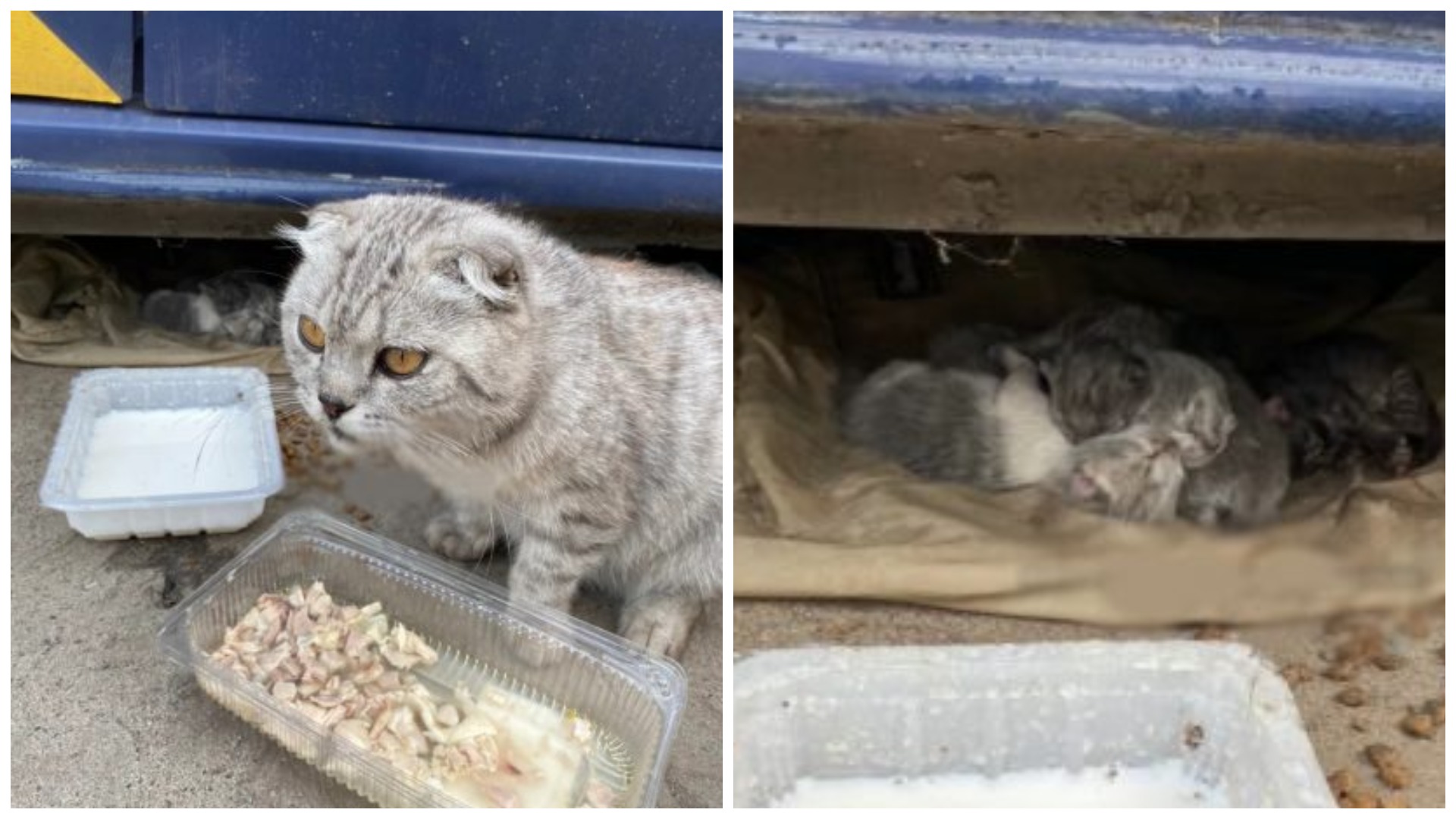 When the Scottish breed cat was on the street, she could not understand for a long time what had happened. The girl kept looking around, sniffing everything, calling the owner, but there was silence in response. Perhaps she didn’t want to leave the place where she was left. Probably, the kitty thought that the owner would come back for her, but she was not there. So, she waited for him all night and all day long.

Passers-by felt sorry for the beauty, but their pity only went so far as to throw her a handful of dry food on the ground. 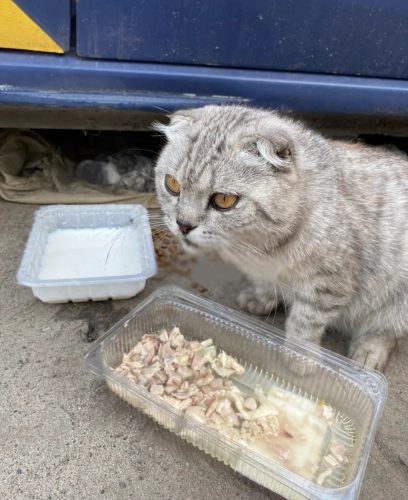 A few days later, the kitty gave birth to five kittens. Only it couldn’t be called happiness. After all, she gave birth under an old car on a dirty rag. The cat did not look for a more secluded and warm place but stayed where she had last seen her owner.

But the cat looked at people with apprehension as if covering her newborn babies with herself. She tried to protect her children as best she could. But who will protect her? 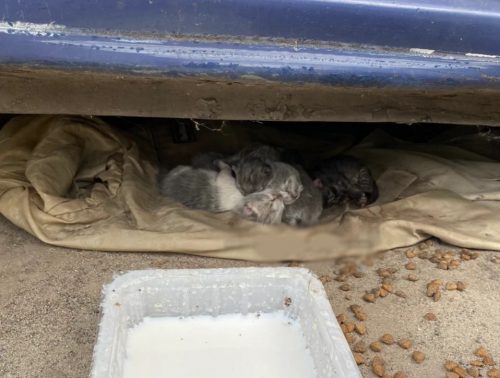 One of the residents of the house noticed the squeaking of the kittens, and she asked us to find a place for temporary care for the mother cat and her babies. In the summer it is difficult to find a free corner, places of temporary care are always crowded. When one place is vacated, 5-7 applicants immediately appear for it, and this is not taking into account such emergencies as this.

We understood that the cat and her newborn babies needed to be rescued. We often heard complaints from residents of the area about the raids of stray dogs, and the meeting of a cat with a street pack would not have ended well. Therefore, the place of temporary care was very important. 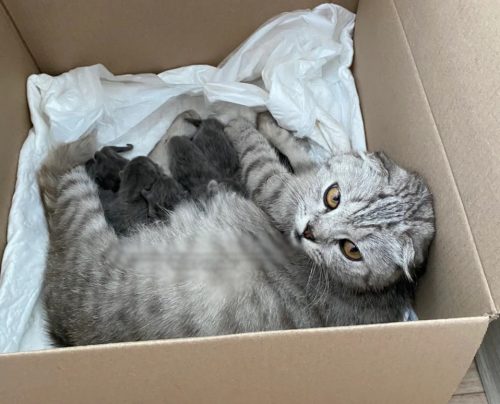 But we were lucky, there was a temporary shelter for the cat and her children, which was provided to them by a volunteer girl. She knows perfectly well how to take care of newborn kittens.