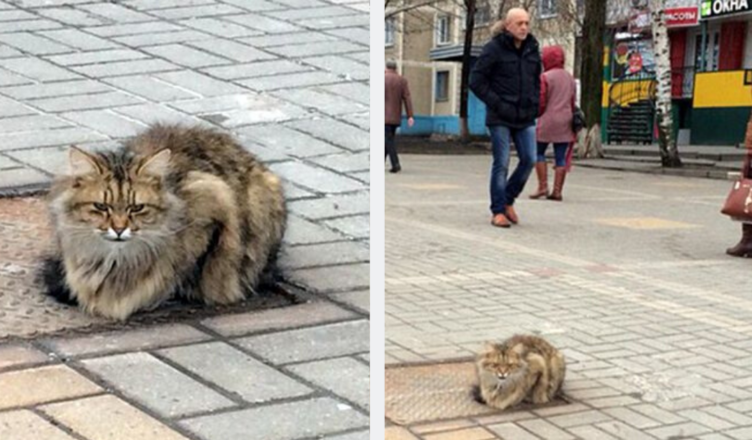 For some reason, the owners of this cat decided to abandon him and left him in the middle of the street. He sat on the hatch and refused to leave the place because this is where he was left by his owners. There was still hope in the cat’s heart that the people he was faithful to would come back for him. But sadly, it was not meant to be.

These people decided to move to a place where there was no place for a cat. So they left the poor animal here, all alone and defenseless.

The car pulled up on the sidewalk and the owner got out of the car. He was holding a cat. The man left the poor cat on the hatch, went back to his car, and drove off to an unknown destination. 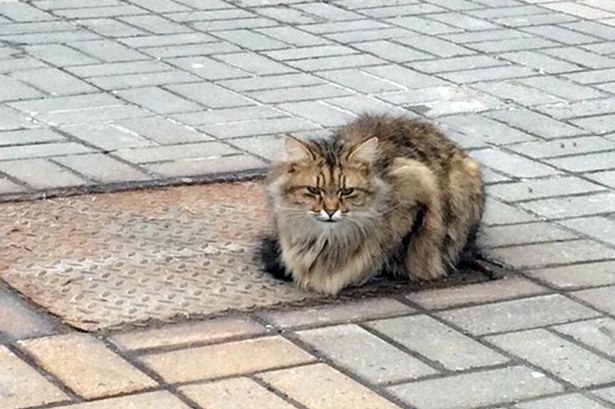 Soon, photographs of this lovely animal were uploaded to the web and attracted the attention of many people.

Some of them condemned the cruel act of the former owners of the cat and they did not understand how they could leave behind someone who had been a loyal friend for them for many years. 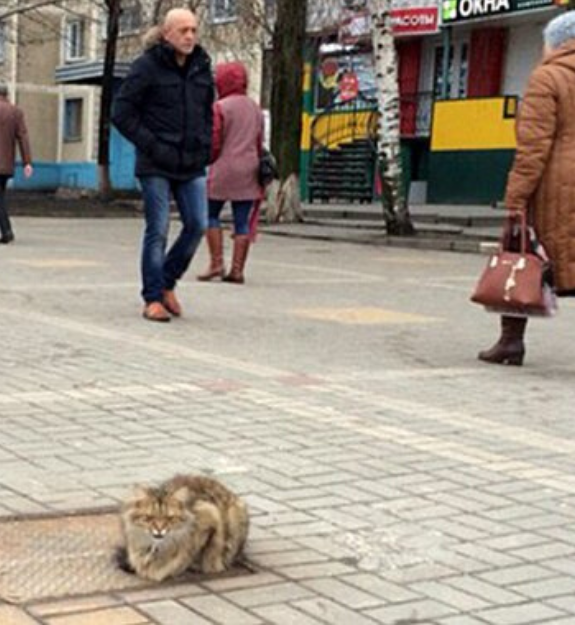 But unfortunately, no one was going to adopt this cat. This poor animal now has no permanent place of residence and he lives on the same hatch and eats pieces of food that passers-by leave for him.

We just hope that one day he will be adopted, because such a cute animal deserves to be taken care of.