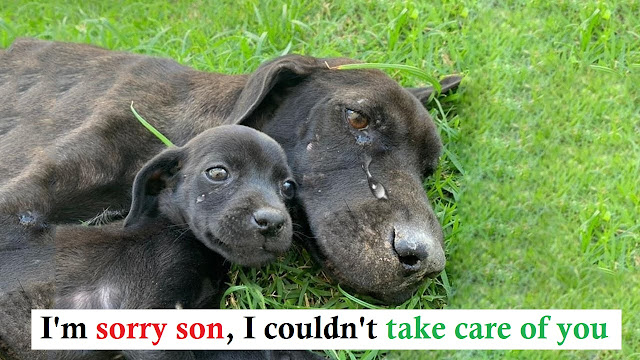 This is a very sad story. The mother dog was so exhausted that she was no longer able to take care of her puppies. She whined and begged for help for her babies.

The dog and her 3 puppies were not far from the residential area. Due to severe weakness, the mother had no milk, so the puppies were starving. They squeaked and whined in the hope that someone might hear them. 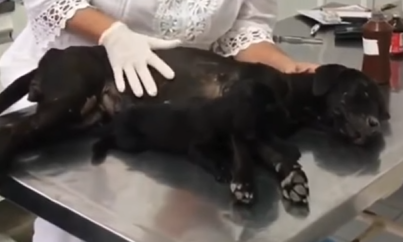 And yet they were lucky. The kind woman heard the squeak and came closer to find out what it was. To the woman’s surprise, she saw a mother dog and three of her little puppies. The babies crawled over the mother lying on the ground, who no longer had the strength to get to her feet.

Then the kind woman called volunteers, and they immediately took the poor animals to the veterinary clinic.

One of the babies was sick, but his two siblings were perfectly healthy. 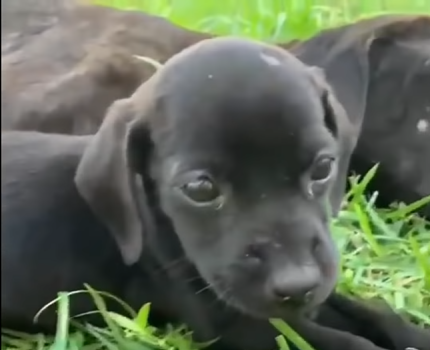 After the mother and her puppies were cured, they were sent to a shelter. There, the shelter staff continued to take care of them. But now the mother was healthy enough to feed her babies.

Soon a family was found for them. Kind people took the whole dog family into their home so as not to separate the mother from her children. Now, these cute animals who have endured a lot of suffering have found their home and loving people who will always take care of them.