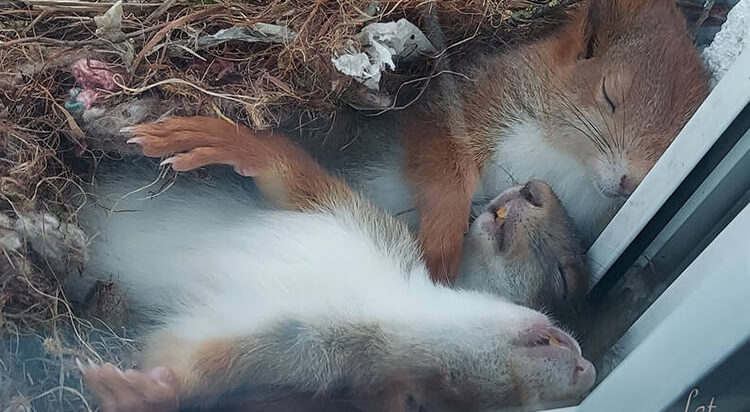 This photographer did not even hope to have such a happy occasion, and he did not miss the moment and shared the photos on his social media pages. 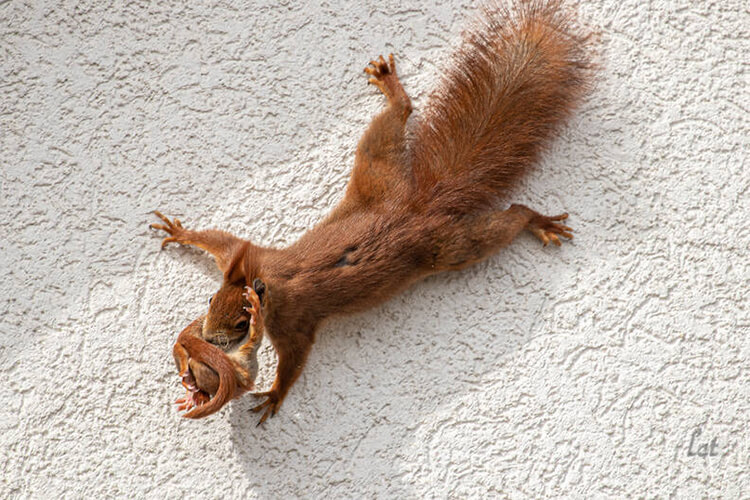 The Facebook page of German photographer Ludwig Timm has a lot of stunning shots depicting nature.

However, the recent snapshot was especially charming. In any case, most of the web users thought so. 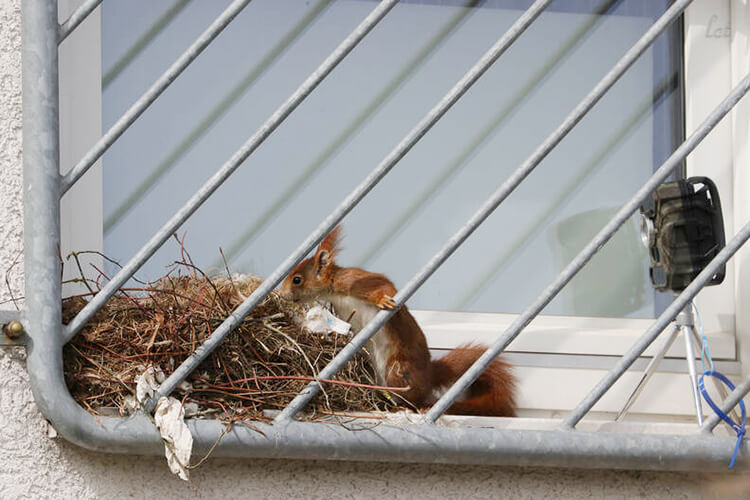 Ludwig managed to film the squirrel family sleeping. Two squirrels slept on their backs with their mouths open, and the third hugged one of the squirrels.

The photographer shared that at first he drew attention to the twigs on his windowsill and it seemed to him that they were blown away by the wind.

However, later he realized that a construction project was started here. 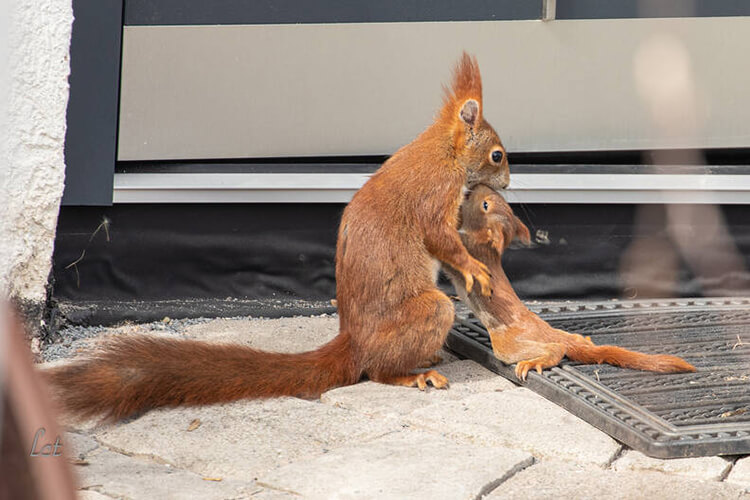 And starting from that time, the photographer began to observe the rodents that managed to make a nest, and then a cub appeared in the family.

And then one day the animals got out of the nest to take a nap during the day.

And Ludwig, in order not to miss the moment, began filming them simply with a smartphone. 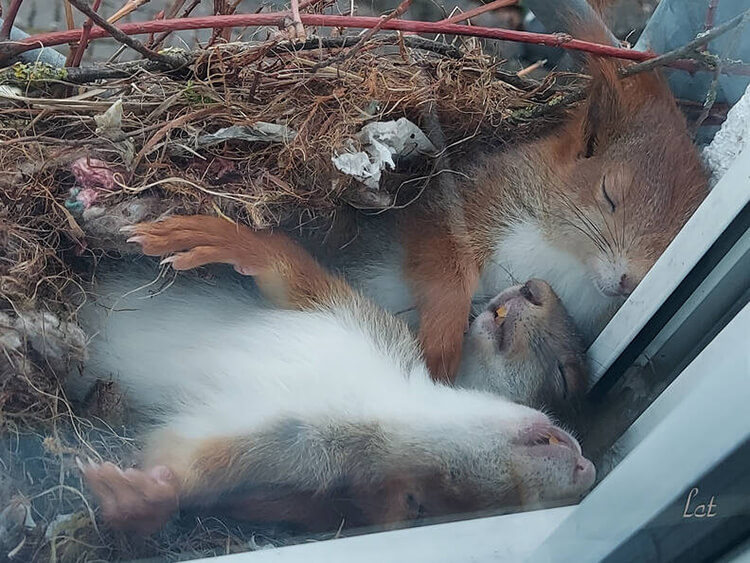 A series of pictures very quickly scattered throughout the network and caused a real delight among followers.