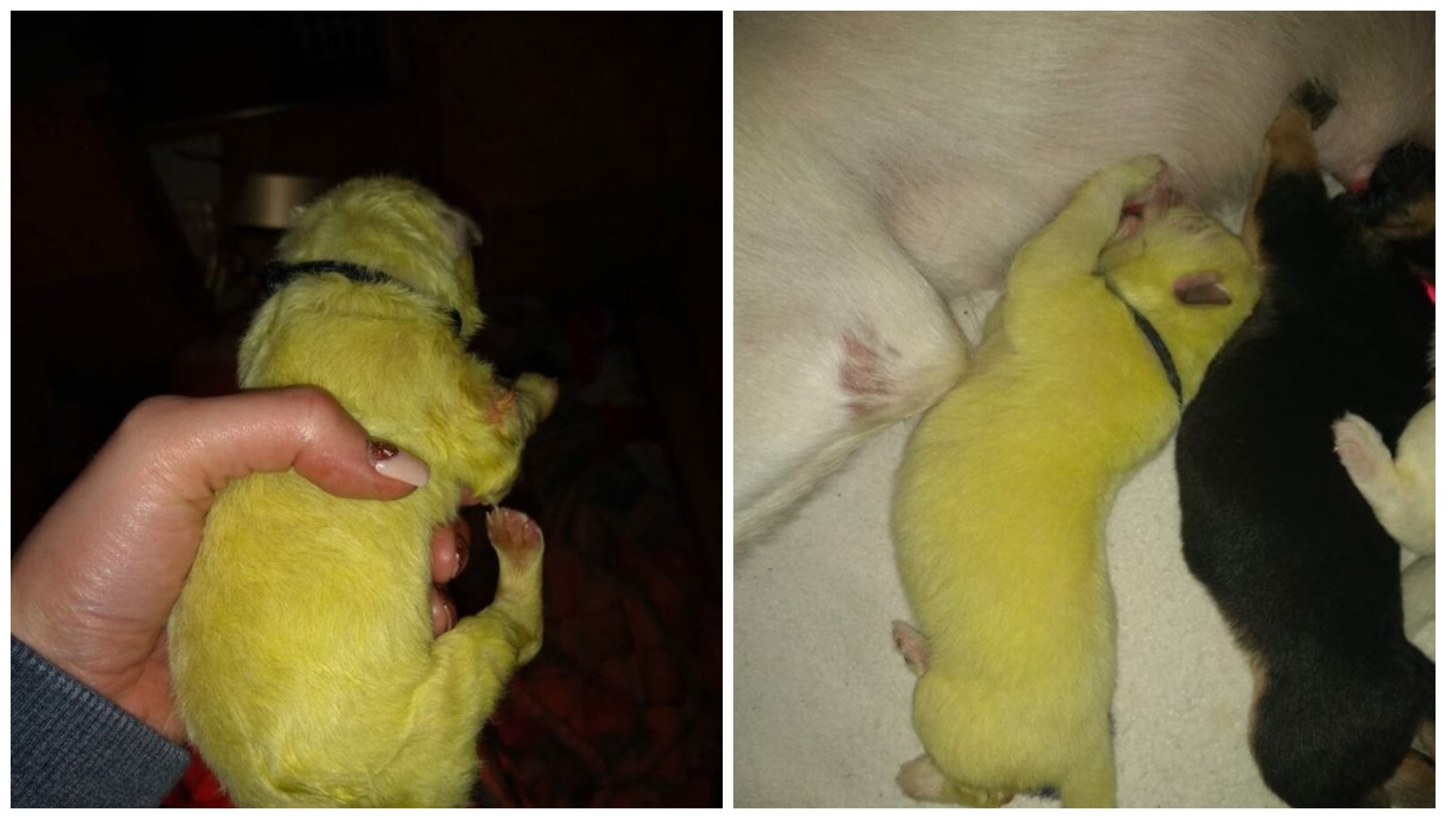 A big surprise was presented to Shayna Stamy from North Carolina by her German shepherd when she gave birth to colorful offspring.

One of the dog’s puppies turned out to be green!

For its unusual coloring, the puppy immediately received the nickname Hulk. Shayna got a little scared for the green puppy and invited a veterinarian to her house.

The specialist examined Hulk and assured the girl that everything was fine with him and that he was absolutely healthy. And his green color is temporary and after the first bath, he will turn white, like his mother.

German Shepherd Gypsy became a mother for the first time, and she immediately had 8 beautiful puppies. Hulk was born fourth and surprised Shayna very much.

Hulk is already showing his character, he often grumbles angrily and has a brutal appetite! Many people who saw the report about the green puppy on local TV have already expressed their desire to take him to them.

The girl has not yet chosen those people to whom she is ready to give Hulk. She believes he is still too young and should stay with his mother for now. Well, if there are no people willing to buy the rest of the puppies, Shayna will keep them.