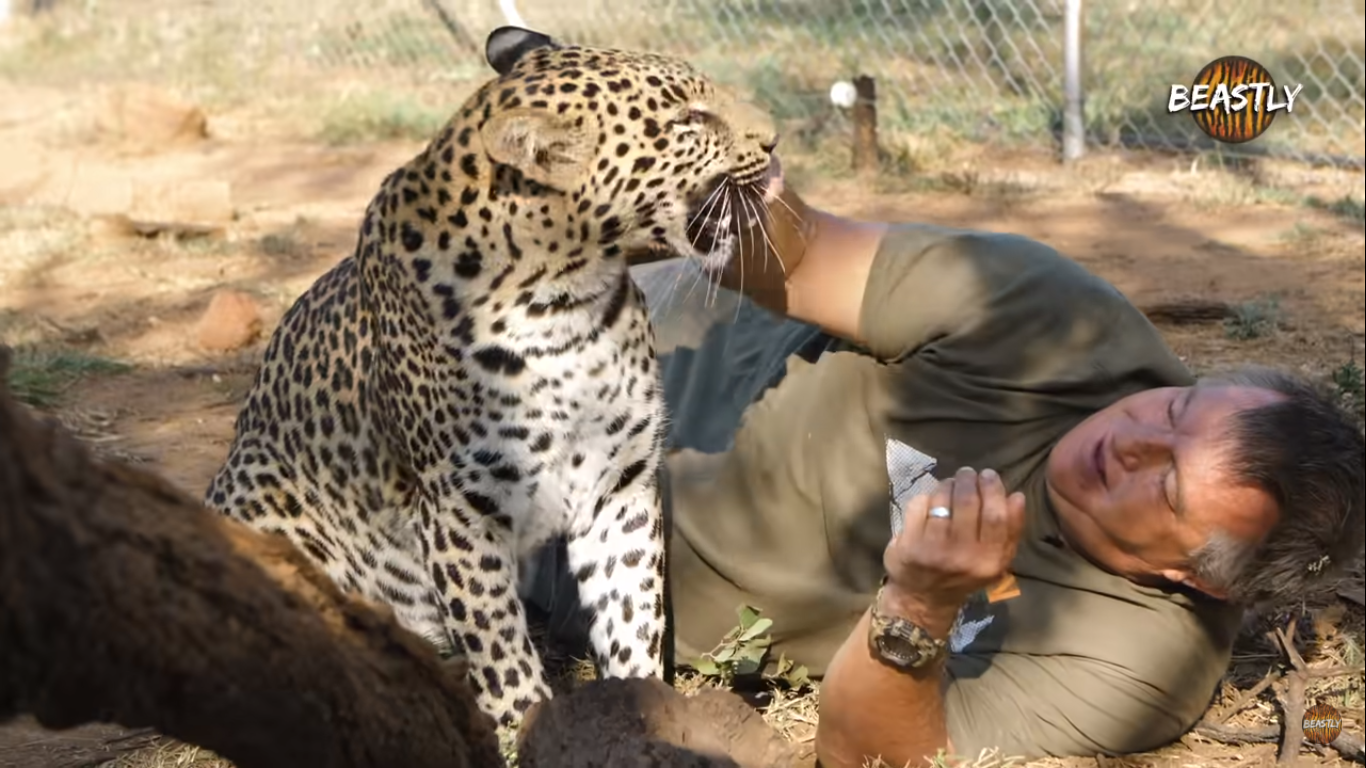 When it comes to dangerous animals, large felines as lions, tigers or cheetahs are definitely on the top of the list. Though their beauty is beyond imagination, those majestic animals are not actually the type of cats to be around.

However, that doesn’t stop Armand Gerber and his wife, Beatrice from spending, most of their time with the most dangerous wild cats in the world. The couple runs the Iron Throne Predator and Wildlife Park in South Africa, a 200 acres sanctuary, where ten lions, three tigers, two leopards, and a cheetah are happily living among other wild rescued animals. “All the animals here are captive-born, 90 percent of them remain raised by us – but the most important thing is that eight of our lions come from a facility that was closed down for bad publicity. In our eyes, they’re rescues,”Armand says. “They’ve got a forever home. I’ve had to defend the fact that we own lions every day, but if I could, I would own all the captive lions in the world.” They say ‘once a cat, always a cat,’ never fits better, as Armand admits that all of his wild felines adore one thing: to be cuddled. And of course, to play with their human friend all day long.

Armand is aware that working with such large animals, who’re actually top predators, is extremely dangerous. But he declares himself extremely like to be in this position. However, he admits wild animals should be treated with the utmost respect.