It is very difficult for stray cats to survive on the streets. But even those who have managed to adapt to such conditions rarely manage to keep their weight and stay strong. But today we will tell you about a cat who not only learned to live on the street but also managed to gain weight. A separate report was devoted to this story on television. 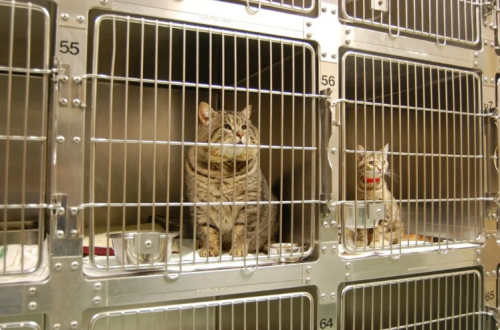 From the rest of the cats, Hercules stood out for his impressive dimensions. And he used to be a pet. But it so happened that his owner needed to go to a hospital in Canada. And he asked a woman he knew to look after the cat. But the cat didn’t like her, and he ran away from home. How was he going to get his food? After all, because of the excess weight, he could not catch either a mouse or a bird.

One day, wandering the streets, he saw a loophole in the garage of one of the houses. And when he got there, he saw a dog food warehouse. Thanks to his discovery, he provided himself with food for six months ahead. He could have continued to feast if he hadn’t started to gain weight rapidly. It got to the point that one day he got stuck in his loophole. Then the owner of the garage found out who had been stealing dog food from her for a long time. The woman called rescuers, who freed the cat and took the animal to the shelter. 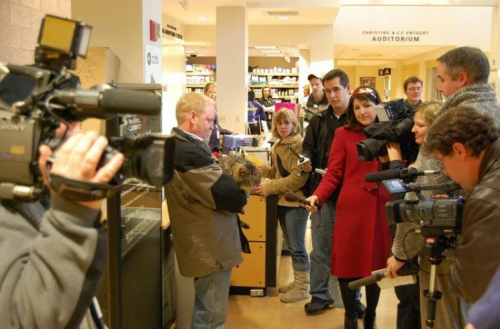 This story interested local television and they decided to make a report about him. And the owner of Hercules watched this issue. At that time, he had already returned home and wanted to find his beloved pet. Without wasting time, the man came to the shelter where Hercules was, providing photos of the cat as confirmation. Then they drove home together. 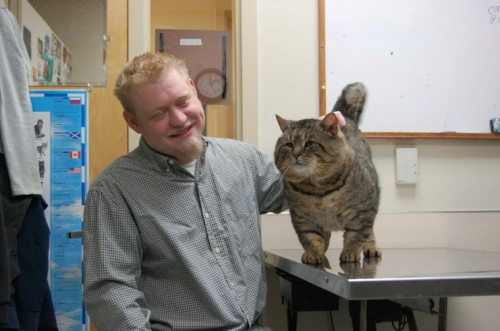 Despite the fact that the cat stayed in the shelter for only one night, his owner became a frequent guest, helping financially and bringing food to the animals.