The cat was so fat that it could hardly move on its own. It almost always lay in its place and did not move. On the day the couple visited the shelter, they never picked this pet. However, from that day on, they often started talking about this fat cat. 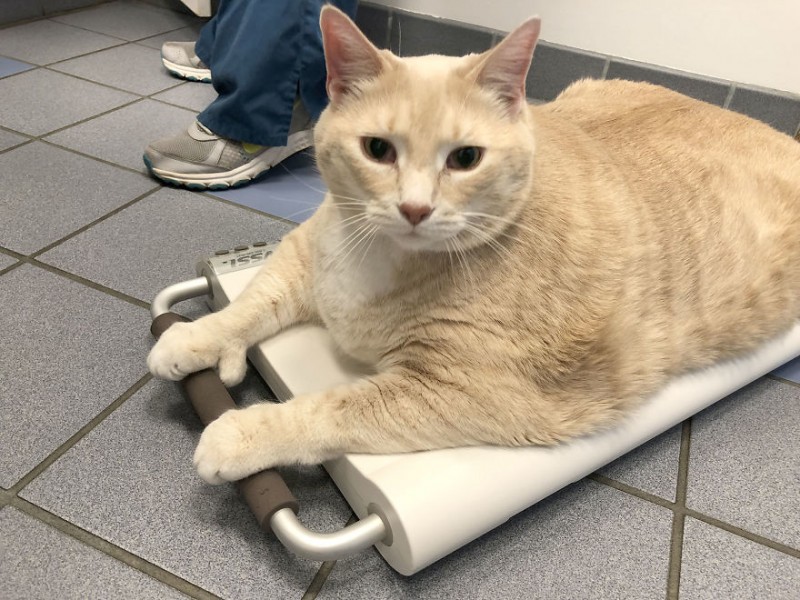 A few days later, the couple visited the orphanage again. This time, they came with the firm intention of taking Badie. The couple decided that they wanted to help the cat recover its weight and health. 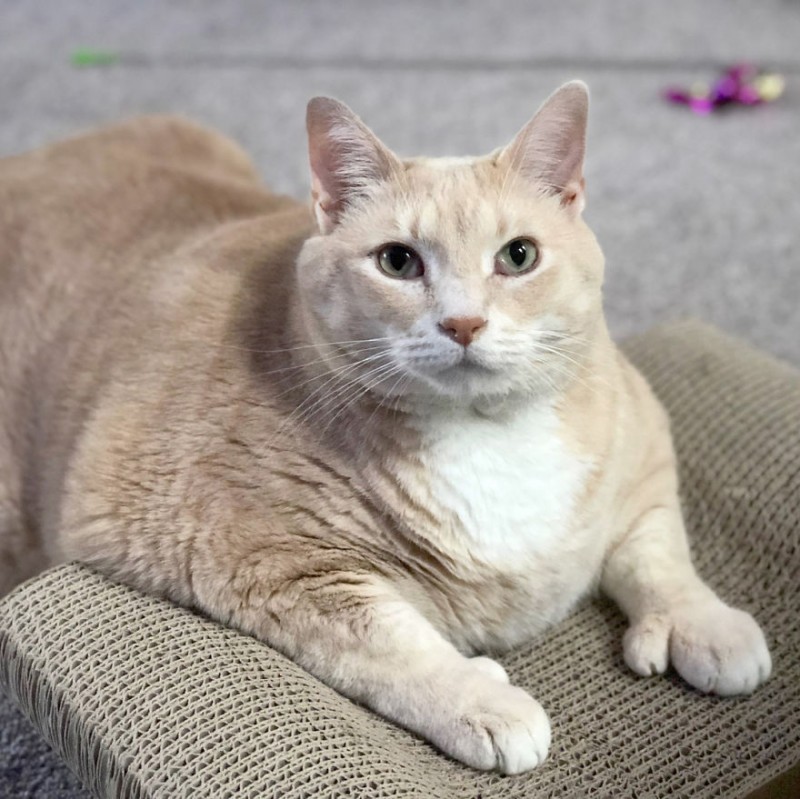 « Badie turned out to be an incredibly kind, affectionate, and cute cat. As soon as it saw me, it immediately put its head on my lap and purred. When we petted the cat, it touched us with its paws. Badie had very large toes on its paws. It suffered from polydactyly. Its fingers resembled mittens, » says the current owner of the cat. 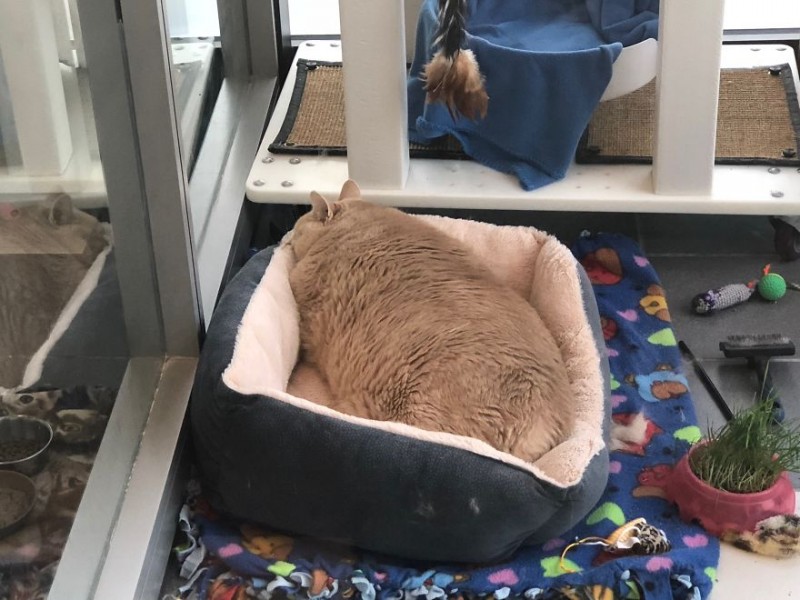 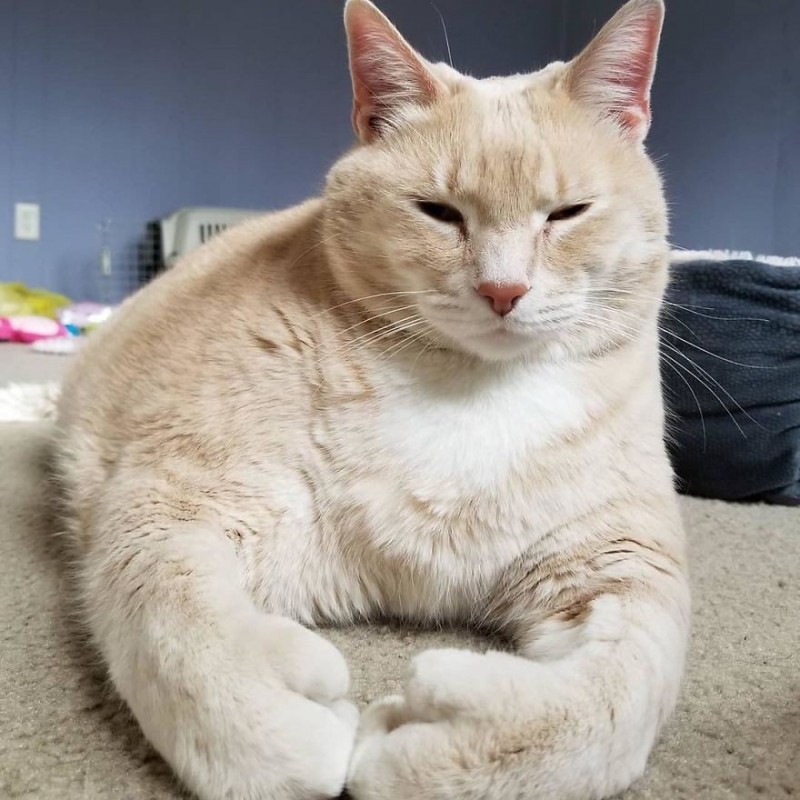 As soon as the couple took the cat, it was sent for examination to a veterinary clinic. The doctor examined Badie and said that it was dangerous for its health to lose weight abruptly. Changes should occur gradually. An individual diet with the number of calories for each day was made up for the cat. Its daily allowance is 375 calories. Half of them are dry food, and the other half are regular food. 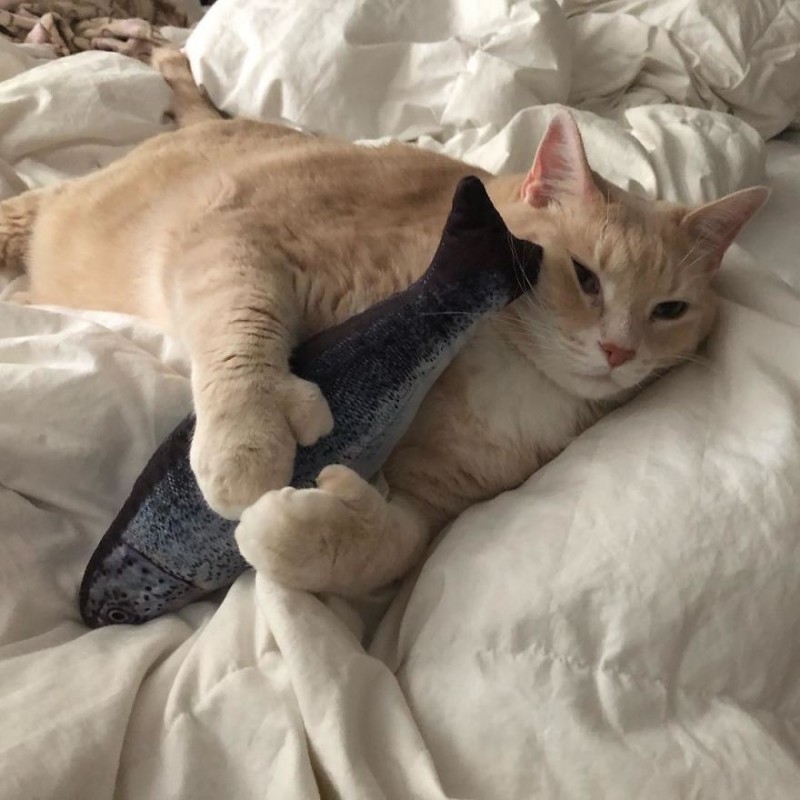 At the veterinary hospital, Badie was liked by all the staff. Veterinarians took turns coming to look at this funny and cute cat. They complimented its « mittens » and cute muzzle. 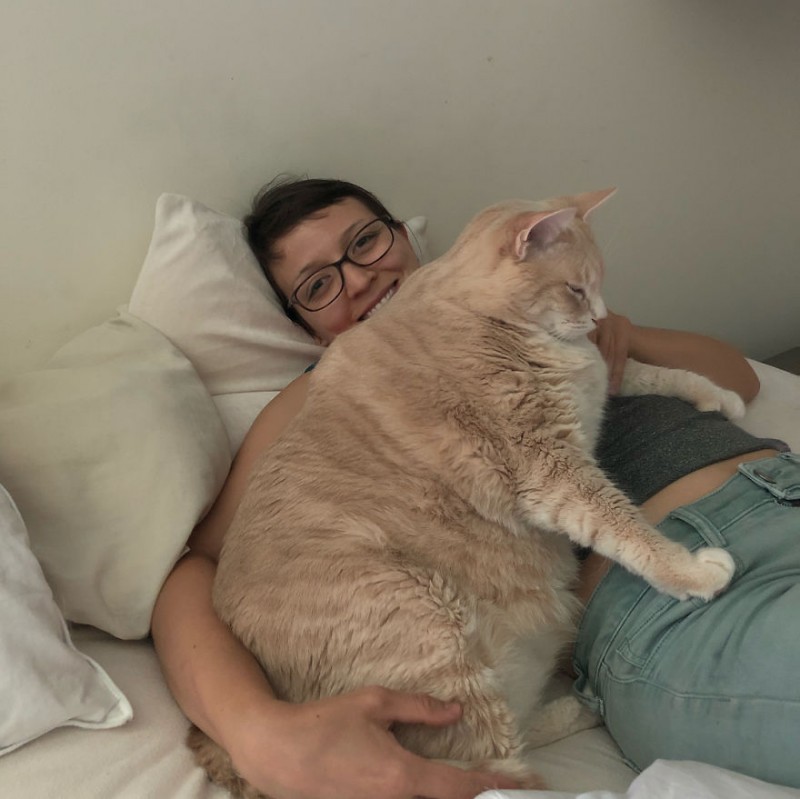 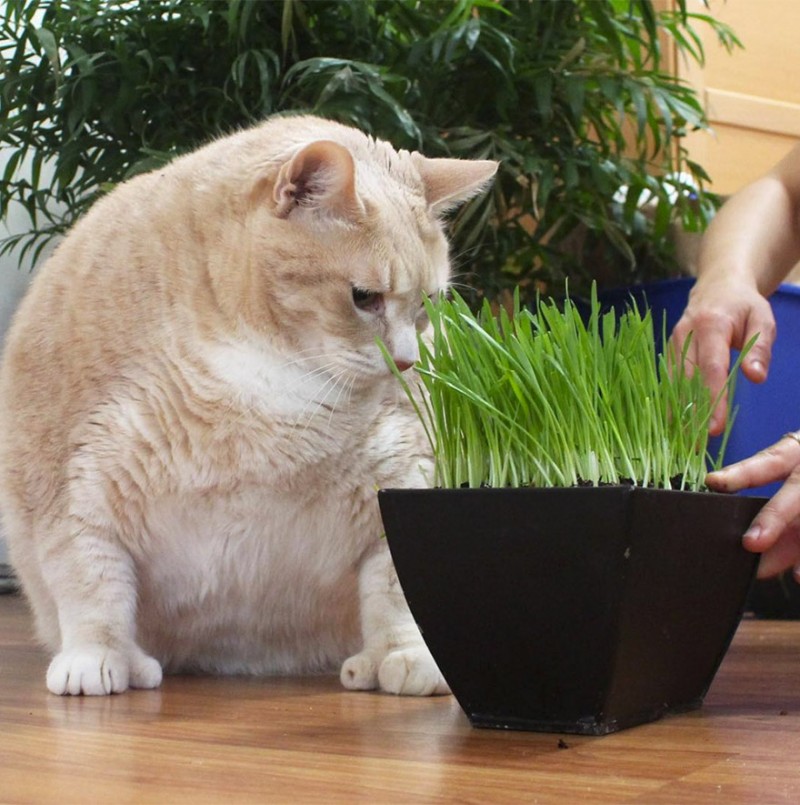 Previously, Badie spent all its free time lying on the couch. Now the new owners spend time with it, organizing active games so that the cat moves more. Also, they take away its favorite blanket so that the cat comes back for it. 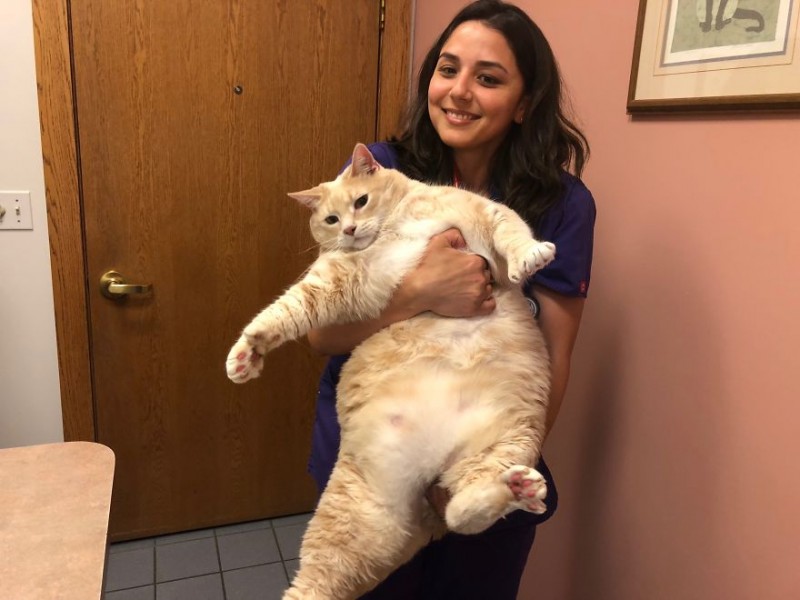 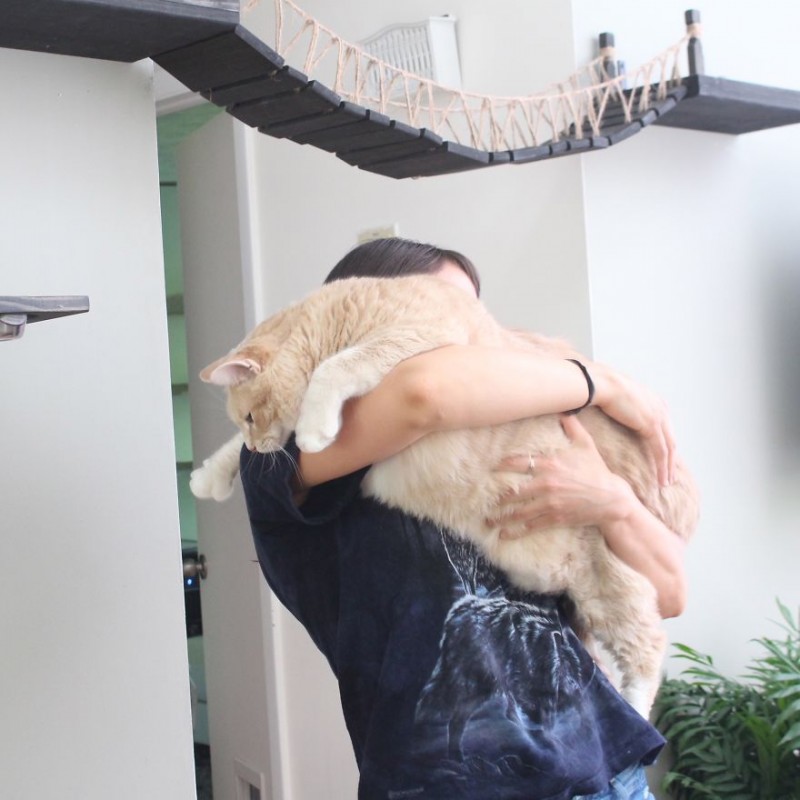 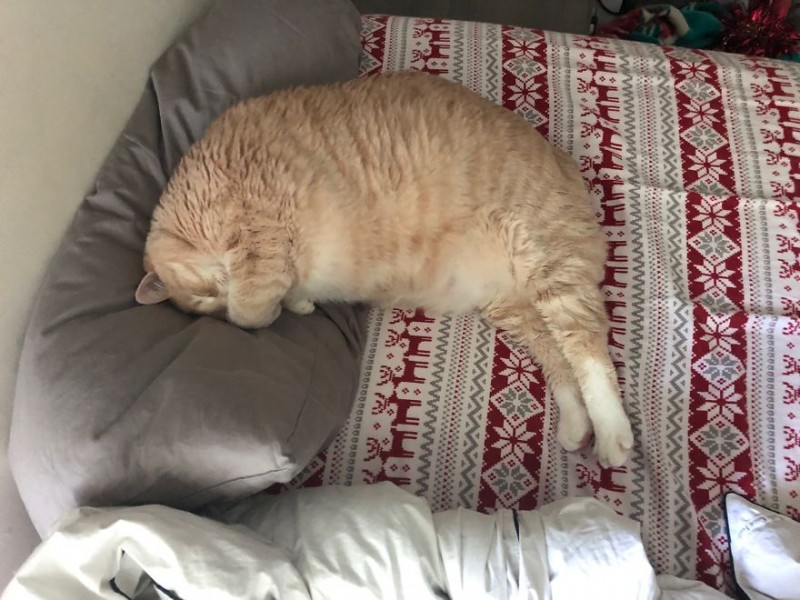 Then the owners started to take the cat to the top floor so that it would go down itself, but for the cat, it was still too difficult. Therefore, they postponed such training to a later period. 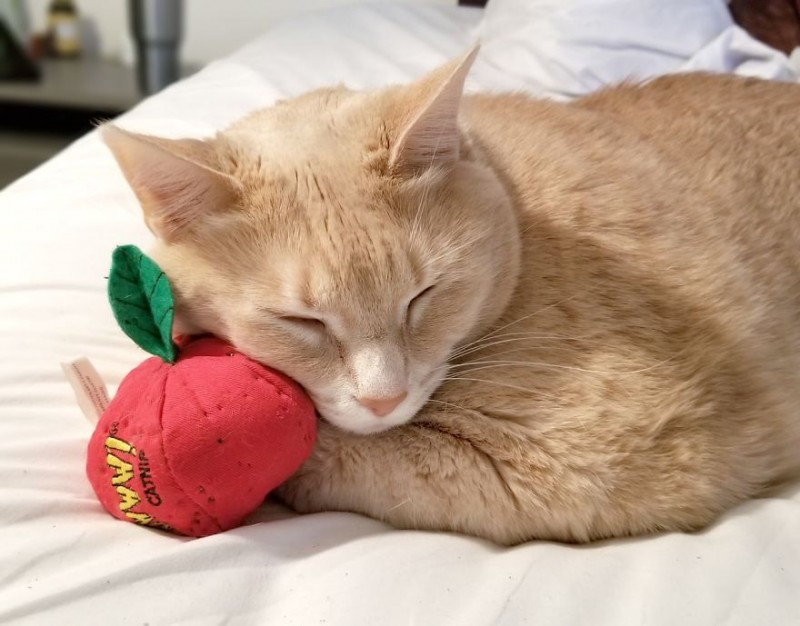 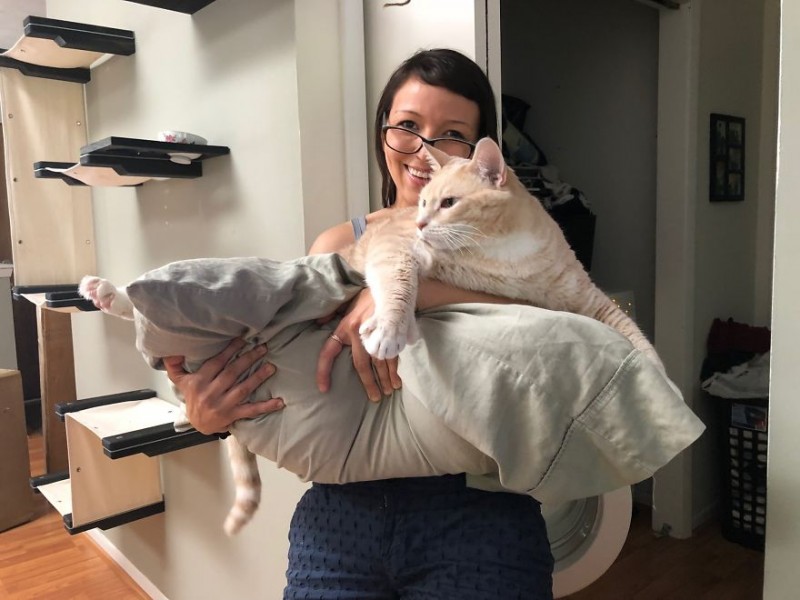 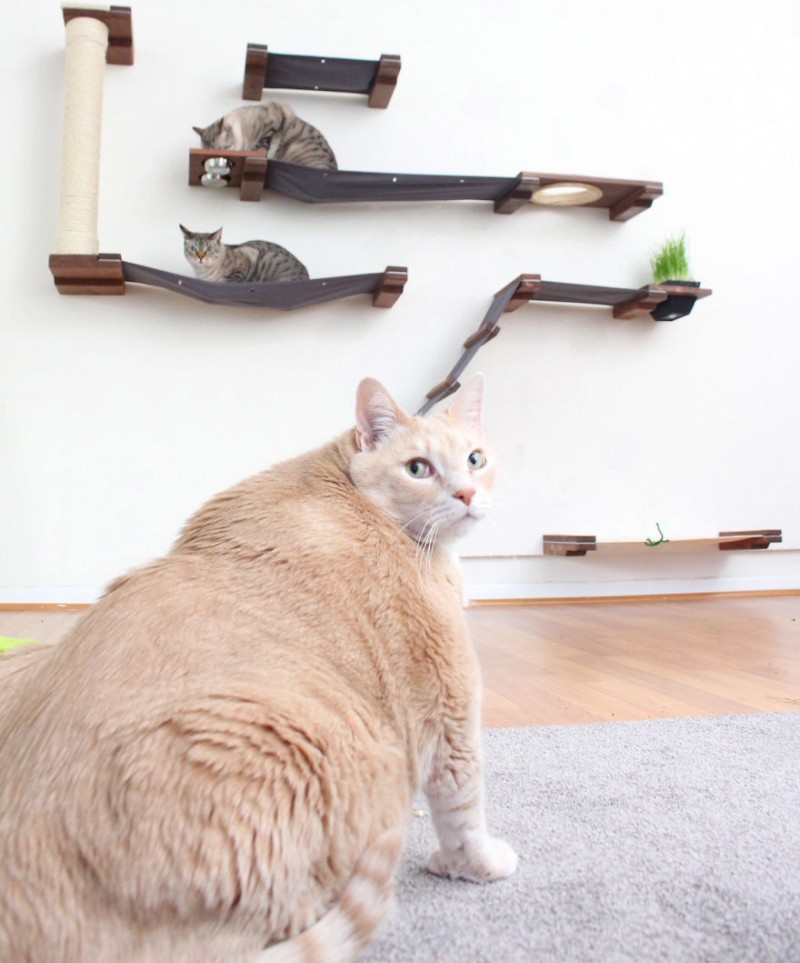 The couple started an Instagram page for their pet. Now it has more than 50,000 thousand followers. In one month, the cat lost 800 grams. Its weight is 14.1 kilograms. If such progress continues, soon Badie will be in good shape.