When lawyer Viktoriya Belostotskaya pulled out her phone to record her dog, Yunona, standing up his hind legs at the window sill, she thought she’d capture a video of her adorable pup looking out the window.

But something unexpected happened during filming. A pigeon flew out of the window and landed right next to her big labrador!

The pigeon stood there for a moment, and Yunona seemed unphased by the new guest in their Belgorod, Russia, home. 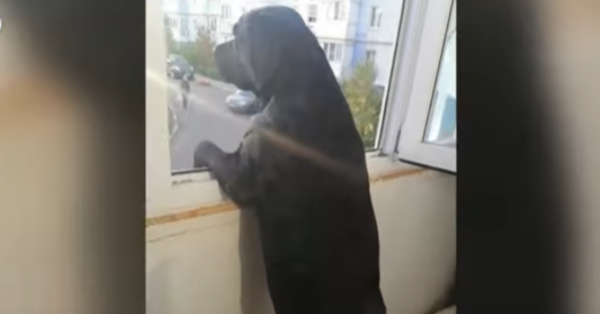 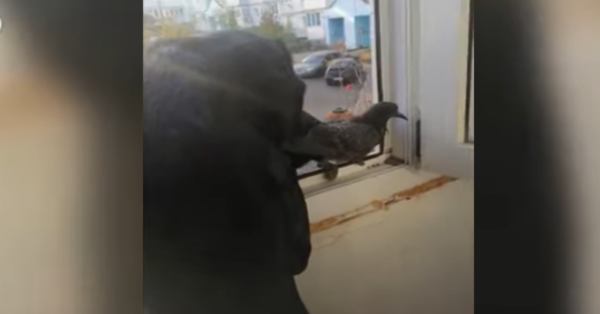 33-year-old Belosotskaya watched the bird for a moment before noticing its legs seemed injured. Upon further examination, she realized the poor little bird’s feet were in terrible condition!

They were caked with dirt and desperately needed cleaning, so Belostotskaya got to work. 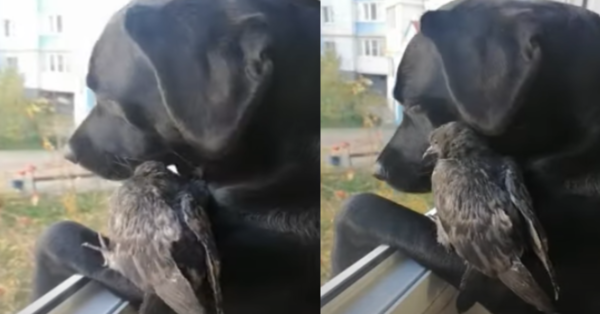 Before she could start cleaning the pigeon’s feet, the little bird hopped back over to the window where Yunona still stood. The bird nuzzled into the dog’s fur and shared a few special moments with the gentle pup.

When Yunona isn’t cuddling with birds or gazing out the window, he’s competing in dog shows! He does quite well, showing alongside his owner. 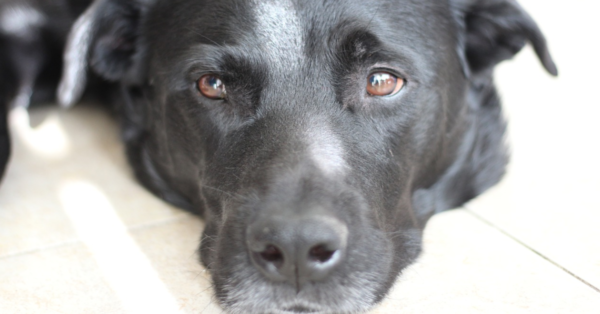 Like most dogs, Yunona enjoys spending time with his owner, going on walks, and getting plenty of pets and treats.