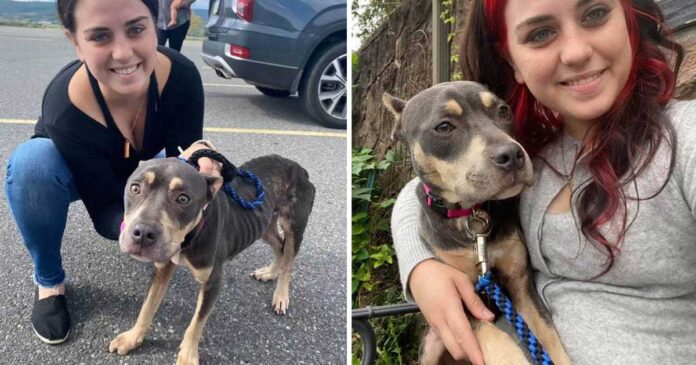 A woman appears in an abandoned house to clean up there, but while searching the attic, she finds a dog in need of help.

A woman went to clean up an abandoned house, and when she checked the attic to clean it, she was incredibly surprised because there was a dog that had apparently been there for a few days.

A woman was cleaning a house in Carbon County, Pennsylvania, and when she found the dog locked in the attic, she didn’t know what decision to make. So she decided to call her sister-in-law, Jamie Lascelles, who told her that in a few minutes she would come and help the dog.

Jamie said the Dodo :
I told her: I’ll be there in 10 minutes, she replied: I’m just warning you, it’s got skin and bones. I don’t know when the last time they gave it something to eat. 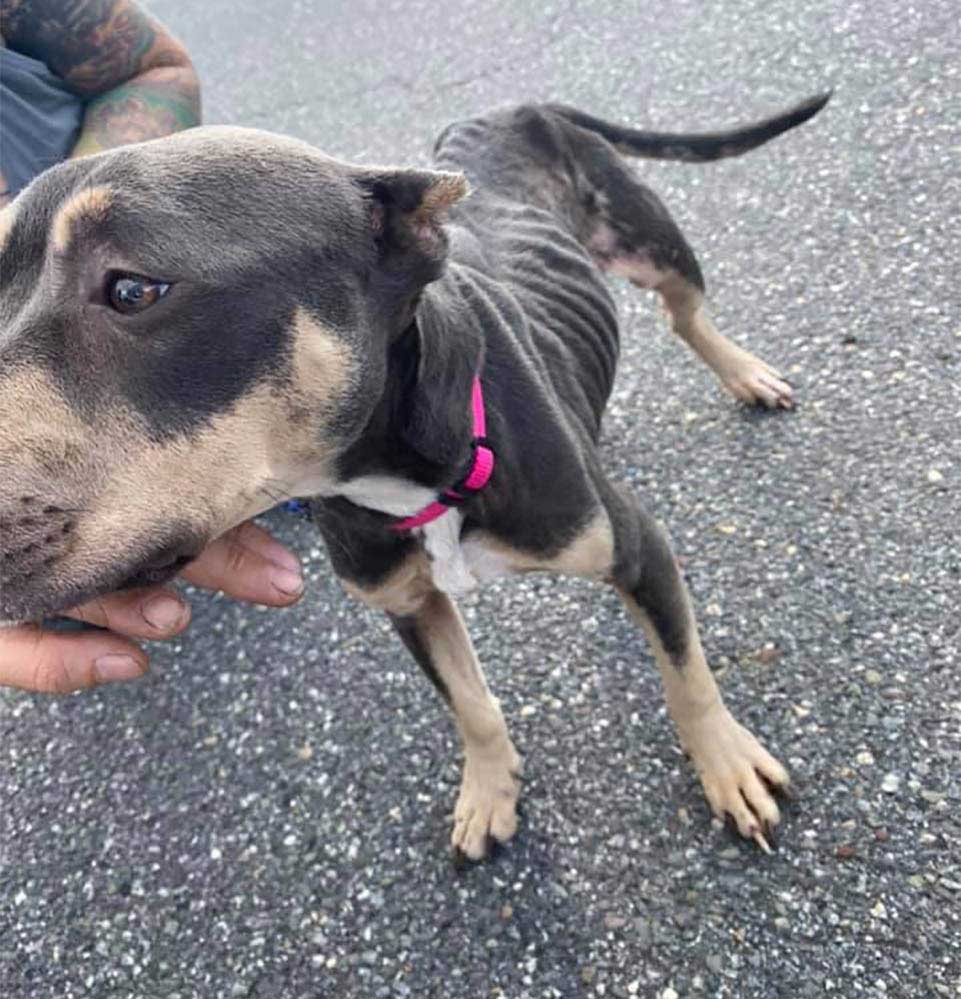 No one knew exactly how long the dog was stuck in the attic, but they soon realized that its name was Remy. They also noticed that it had bitten the walls and door to escape from the place, which was full of feces and fleas. 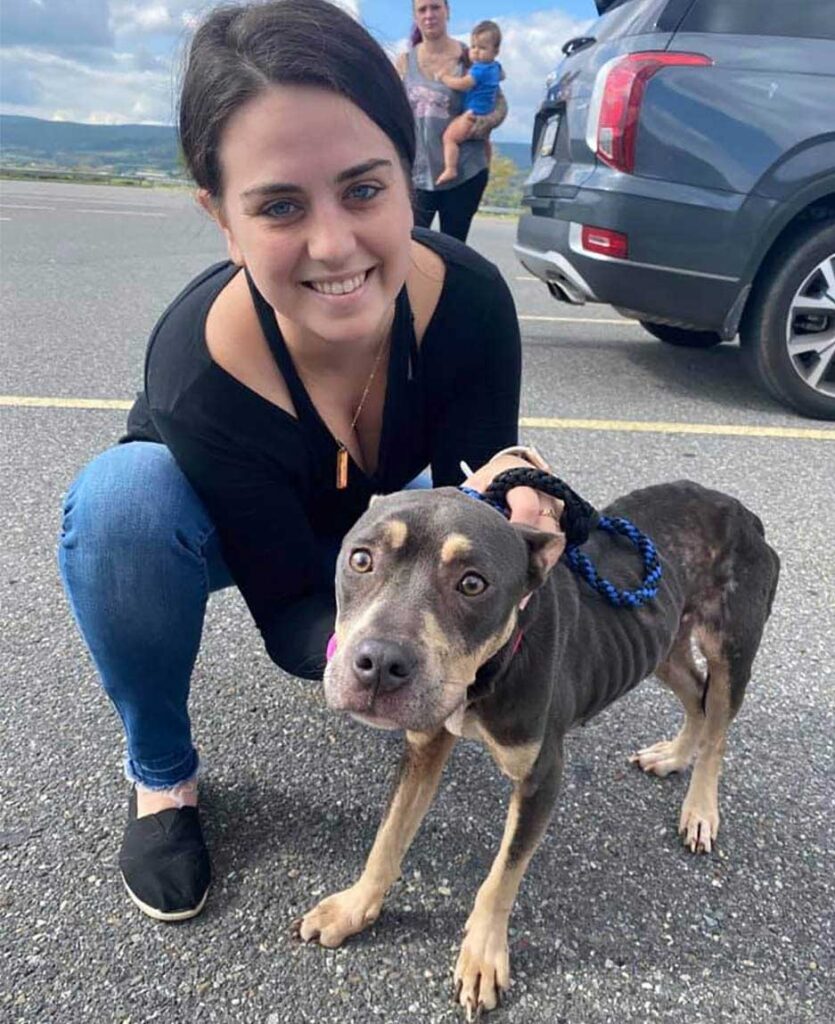 Jamie finally returned home and met the dog, and was surprised by the warm and affectionate welcome it gave her.

The woman added:
It’s the most affectionate dog I’ve ever met. As soon as it saw me, it started wagging its tail, it just wanted love.

Jamie’s original plan was to shelter Remy for a while until it was healthy and then find it a loving home to continue its life the way it deserved. But from the moment Remy stepped into Jamie’s house, plans completely changed because it charmed everyone. 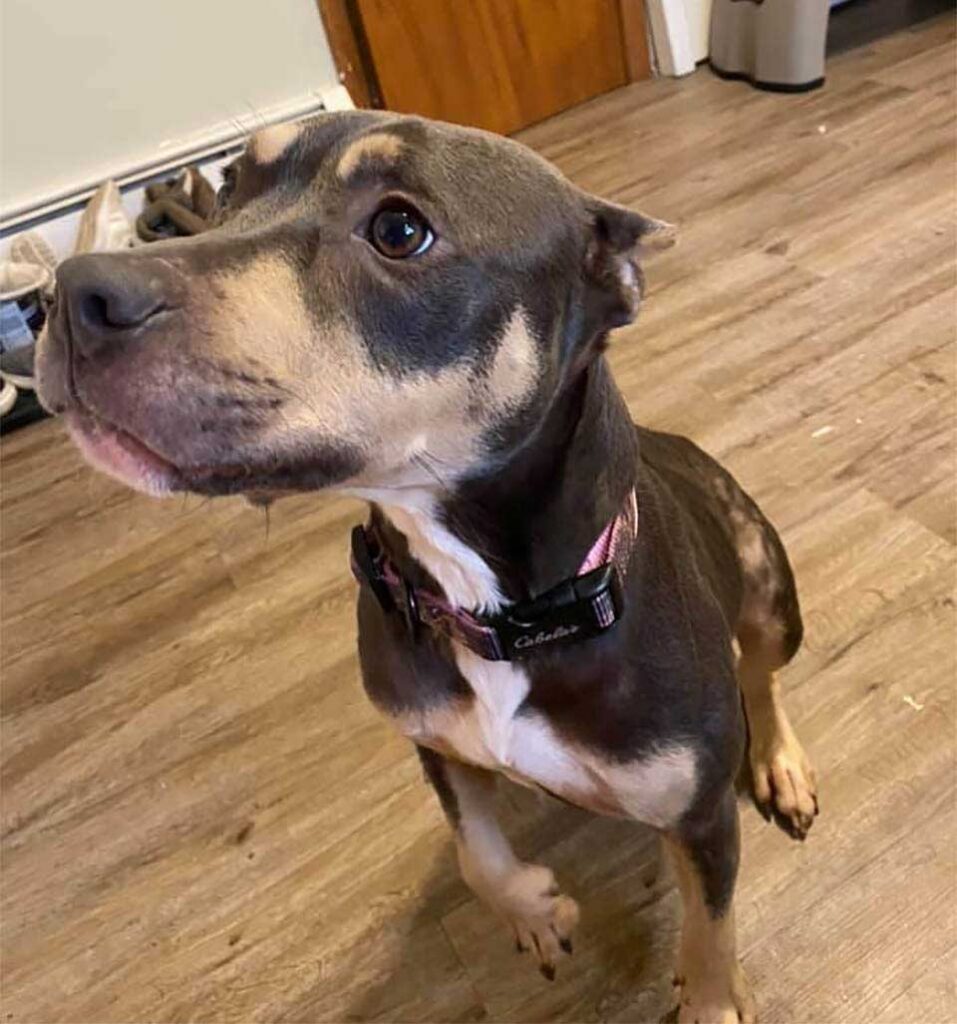 Jami commented:
It went home with me and I thought, I can’t leave it.

Remy received several therapeutic baths to fight fleas, they also fed it delicious food, and then took it to the veterinarian. 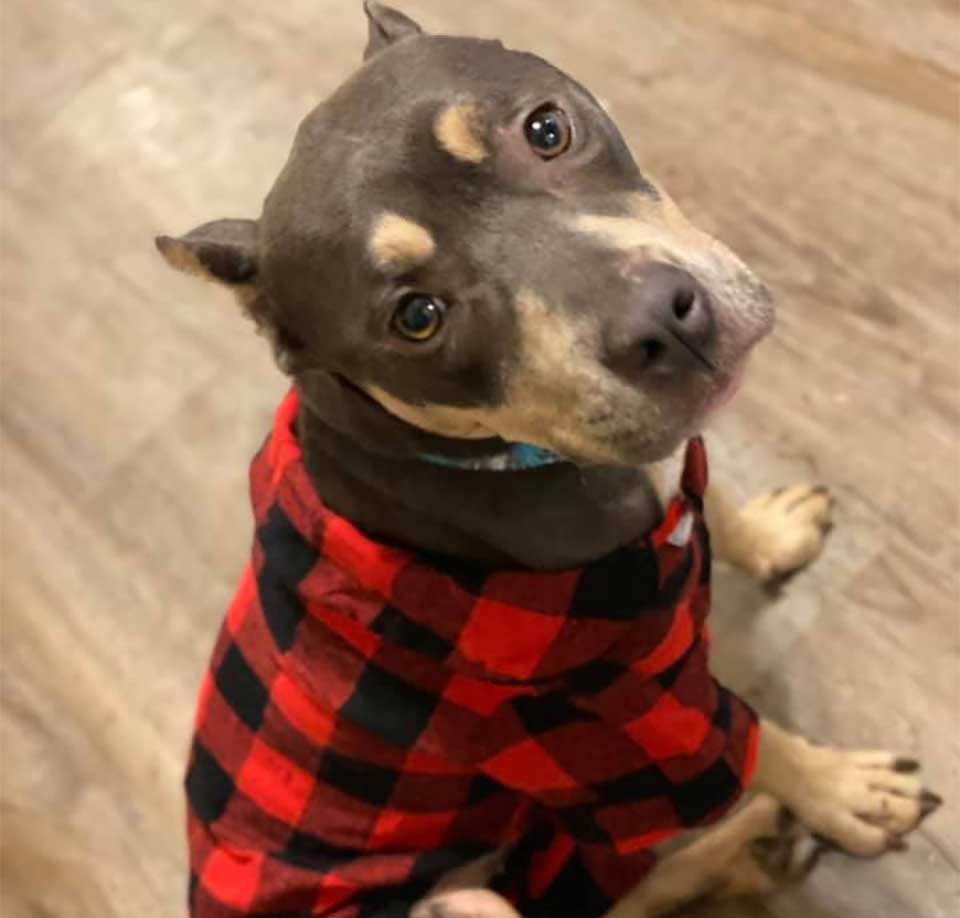 There they learned that Remy’s leg was injured and it would likely need surgery to fully recover from the injury.

Despite all the pain the dog endured, it always turned out to be a loving creature and caressed everyone it met. 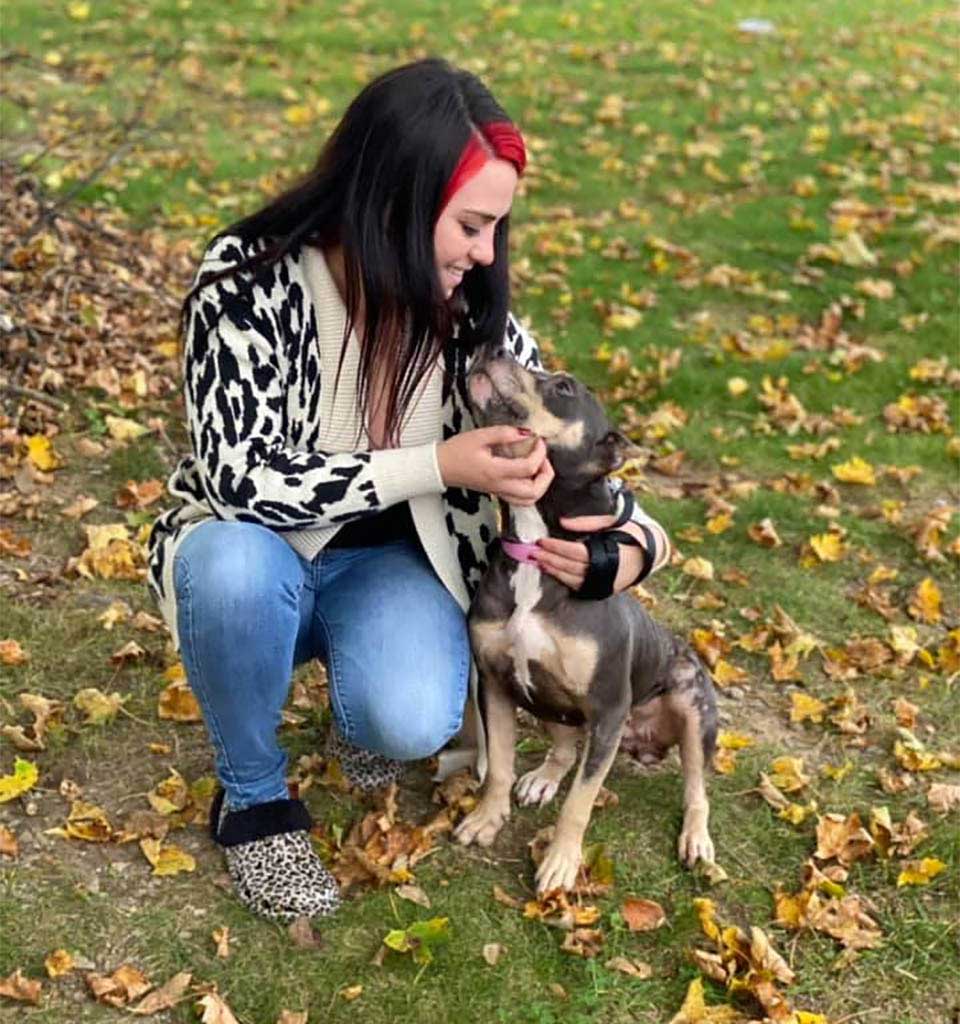 Remy is also very patient, especially when it comes to Jamie’s four young children, knowing that they are its adopted siblings. Even Jamie assures that the dog is better off with children than with other animals, as it allows them to do what they want.

Jamie added:
We have four kids at home and it lets them pull its tail, caress it. Whatever the child does, it will allow him to do it.

After spending a few weeks at their new home, Remy established a wonderful relationship with its 9-month-old brother. They get along very well, they have become best friends and have become inseparable, they want to do everything together, they even sleep together next to Jamie.

Without a doubt, thanks to the kind heart of Jamie, Remy managed to turn into a happy and healthy dog, as it should have been from the very beginning. 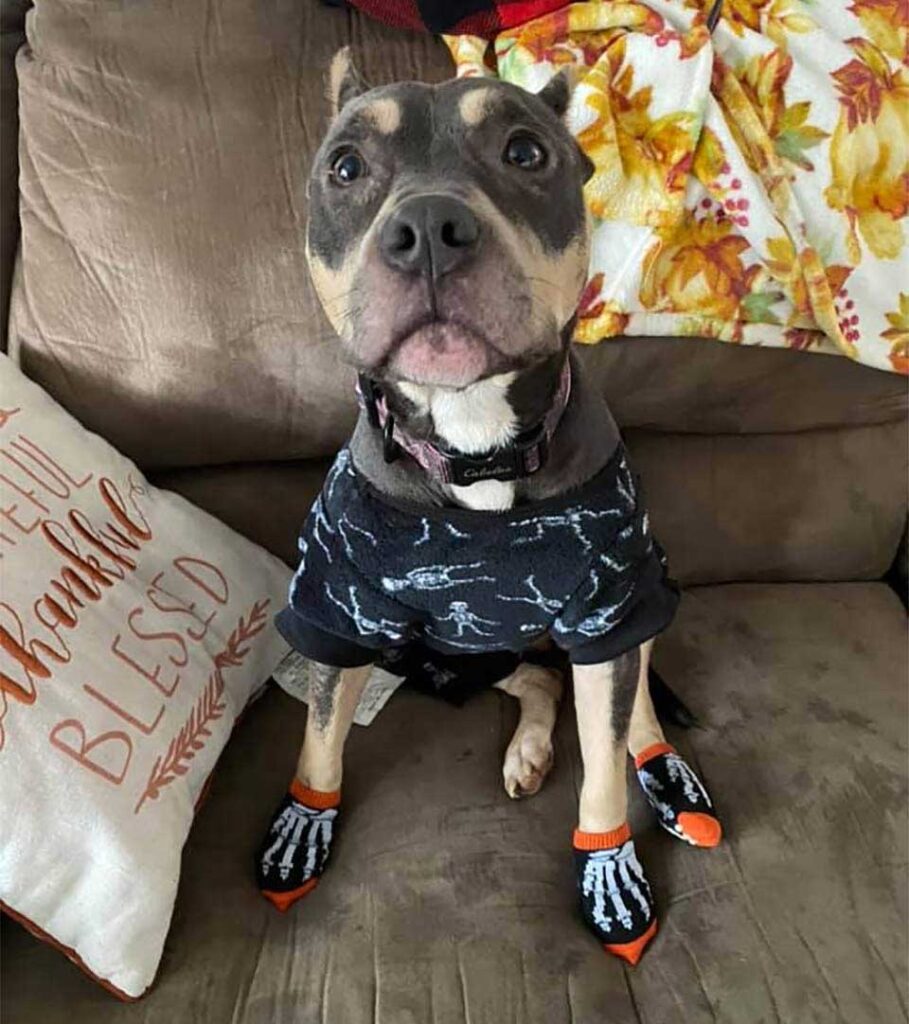