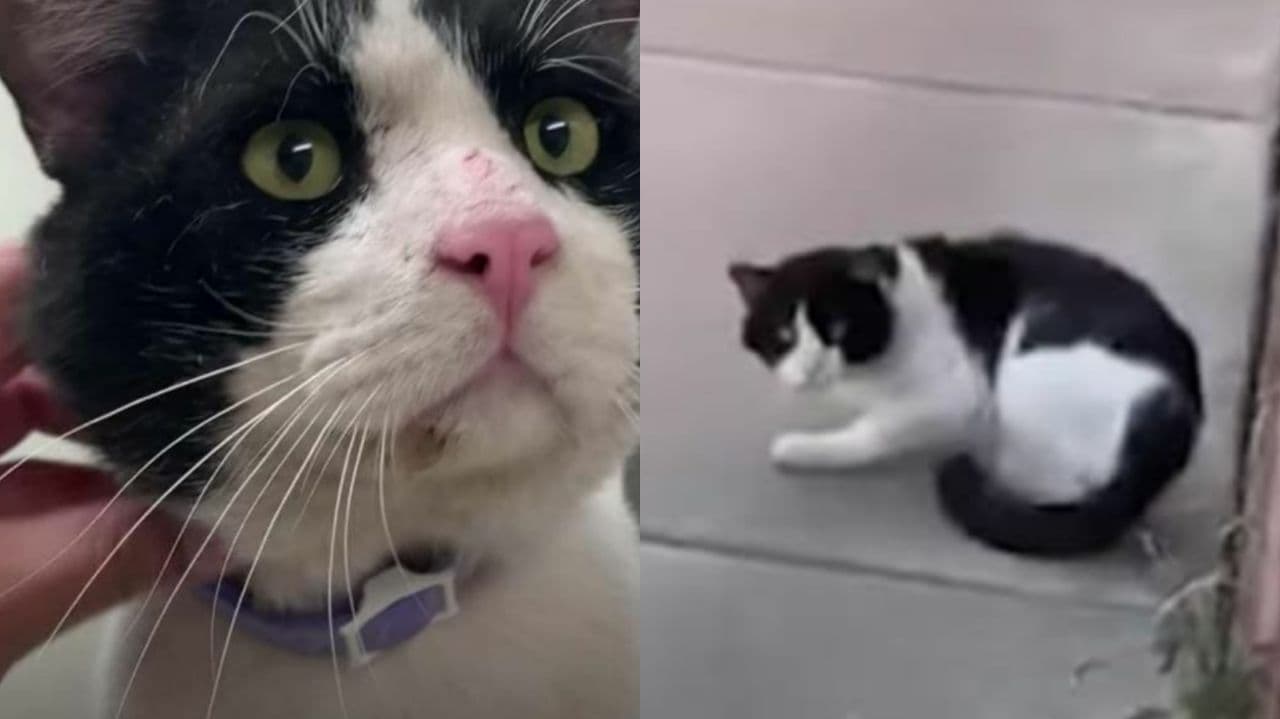 When Maria’s neighbors moved out, they abandoned their beloved cat at their old house. Maria lives right across the street, directly in front of their house, so she witnessed the whole heartbroken process.

She thought that they might ask her to care for him instead of abandoning him, “We’re moving out, we don’t want him, can you have him.” But sadly, they didn’t tell anybody and just left him alone.

She looked over and discovered that the old cat was waiting for his owners to come home. For any car movement, he would look up. Whether it was rainy, windy, or cold, he would wait out there so calmly, just looking back and forth. He was so broken.

At that moment, Maria knew that she had to help him. She wanted to adopt the elderly cat in and make him be happy for the rest of his life. However, he didn’t let her near him. She started looking up ways to get a cat to trust her. At first, the cat ran away whenever he saw Maria, but then he slowly trusted Maria and let her close to him.

After gaining his trust, Maria took him to the vet. He had to stay there for four days, and then she went to pick him up. Thankfully, he was healthier and stronger. She named him Rolo because of his cute eyes.

When she brought him home, he’d still look across the street. Despite his age, he is so playful and active. He loves balls and likes to play soccer. His favorite thing to do is to roll in the dirt. He likes being outside. The family agrees to let him outside unless it’s really cold or windy or too hot.

They even made a room that he can come and go as he pleases. The best part is that they gave him not only a new family but a new life.

Special thanks Maria for adopting Rolo and sharing the story with us.