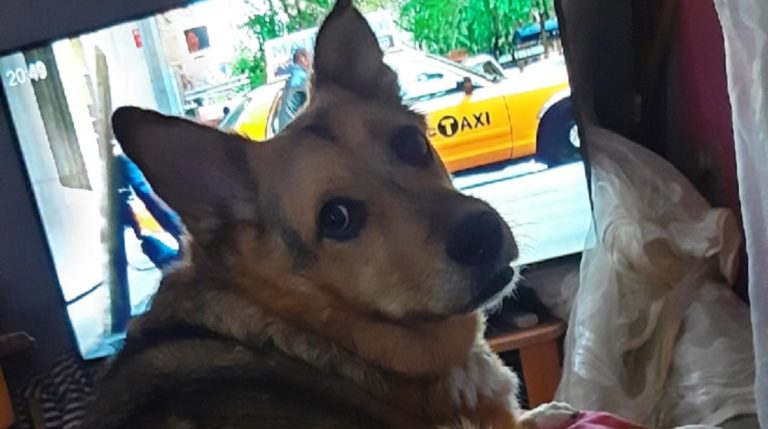 Tatiana Yarmeeva couldn’t stop crying when her beloved Labrador died right in her arms… it happened five years ago. The girl grieved so much that her husband began to persuade her to get another pet in order to give her love to someone else and at the same time at least slightly soften the pain of loss.

The husband said to Tanya: « Bring home at least a mammoth, if only it would make you feel better…”

At the same time, some not human threw nine puppies into the trash, one of which froze and died, and soon there were owners for the rest. Tanya took the weakest one for herself. 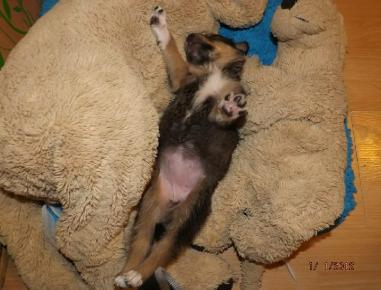 The puppy had so many health problems that many people began to offer the girl to put the animal to sleep! Tatiana simply stopped communicating with them, deciding to fight for the baby’s life to the last.

The girl did not sleep at night, cried and begged the baby to live. Worms and hepotosis, anemia, an undeveloped hip part and other problems literally killed the puppy, but … Tanya’s love for her pet overcame all the problems!

Now the dog is five years old. Her name is Loya. Behind the long-term treatment and even surgery on the uterus. Tatiana patiently treated the dog and did everything possible for the pet to live a healthy and happy life. Now, when the girl brings Loya to the veterinarians, they meet them with a smile: the dog has become too native for these five years.

It turns out that even the sickest and weakest animal can be saved. Probably, pets feel the love of a person and cling to life for him.