We know a lot of unusual stories about the friendship between animals of two different species.

But, perhaps, no one can compare kindness and the ability to come to the aid of those in need with dogs, and there are many examples of such. 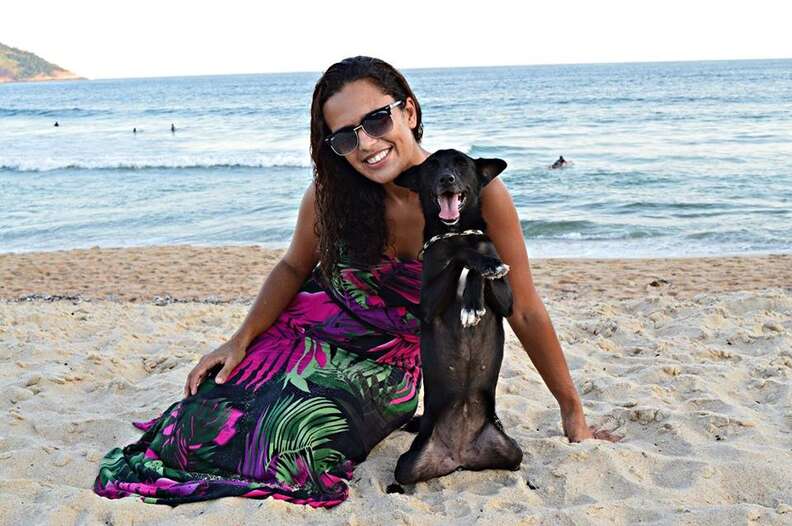 They had just lost their mother and were too weak and defenseless to survive without human help. The girl rescued them and took them to a local wildlife rescue center in Rio de Janeiro. 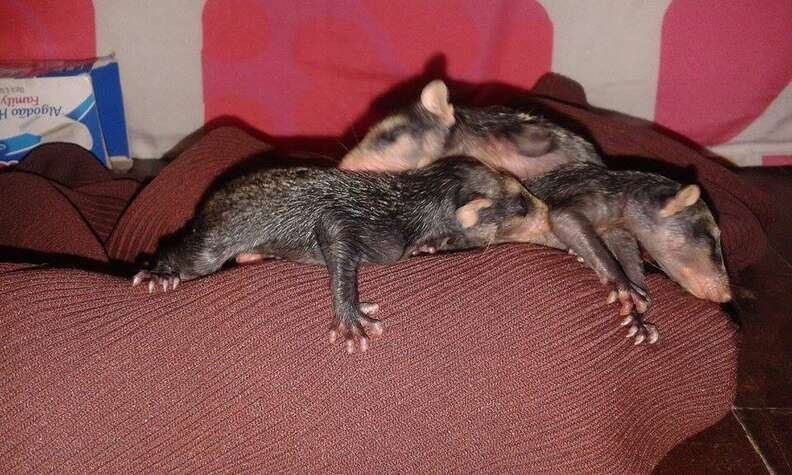 However, unfortunately, there was no place for the little ones, and Stephanie had no choice but to take them home. She began to take care of them, although it was very difficult. 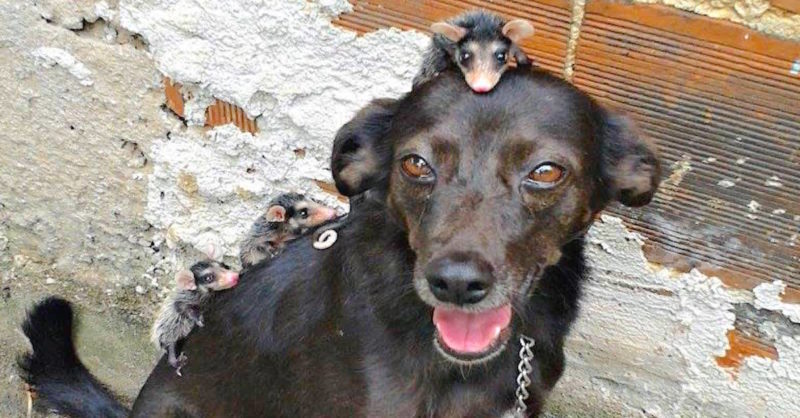 The orphaned possums were too young and weak, and it was almost an impossible task to keep them alive. But Pretinha hastened to help her beloved owner.

As soon as she saw the animals, she began to sniff and lick them, accepted them, becoming their foster mother. The caring dog kept the poor possums warm all the time and did not leave them. She treated them like her own children.