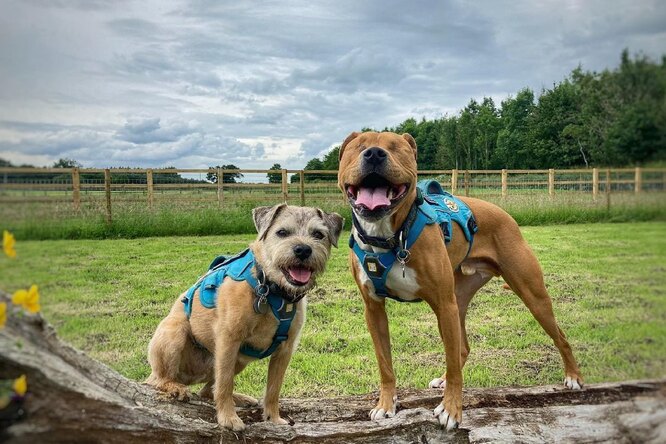 An elderly dog became a guide and companion for a puppy who lost his eyes. Thanks to such support, the dog courageously accepted the situation with his health and got used to living without eyes.

Amos is a Stafford who was born in a homeless shelter. Volunteers found his pregnant mother on the street and took her to a shelter. A few days later, the dog gave birth. 8 puppies were born, but 5 of them died, only 3 babies managed to survive. Amos was blind from birth, but despite this, the puppy was very cheerful and playful. He was adored by all the employees of the shelter. A female volunteer, whose name was Jess Martin, temporarily took the puppy to her home. She took the baby to the veterinary clinic for an examination. The doctor found a retinal detachment in Amos. 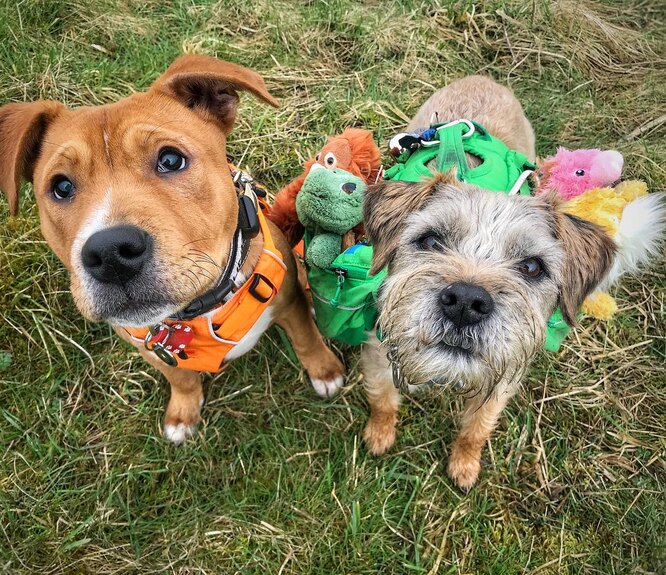 The dog had problems with blood pressure, he suffered from a headache. Also, the dog could not blink, which contributed to damage to the mucous membrane of the eyes. Veterinarians tried to « insert » the retina into place. After several unsuccessful attempts, they realized that this was impossible. 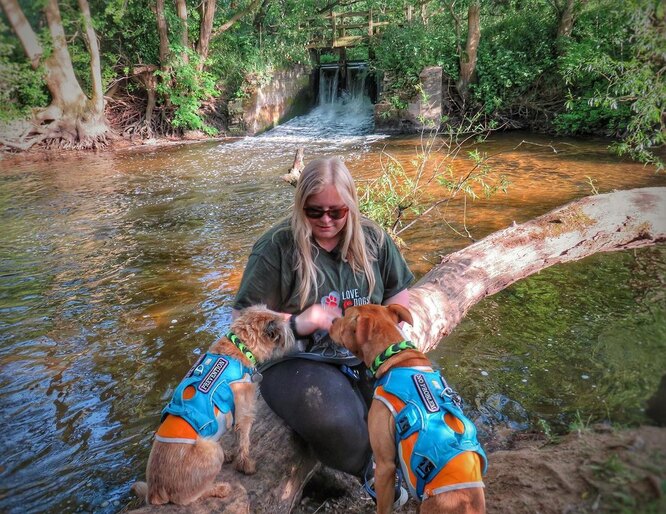 A terrible sentence sounded from the doctor’s mouth:

« Amos needs to have his eyes removed. »

At the age of eight months, the puppy became completely blind. Amos needed Jess’s help like no one else. The woman understood this and gave him the necessary support and care. 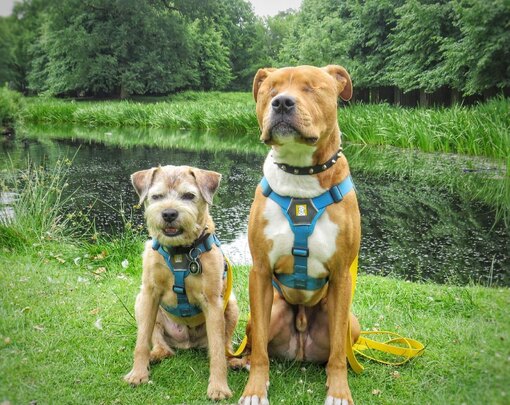 Jess had another ward – an old dog named Toby. Jess was worried that Toby might be hostile to the puppy, but everything turned out differently. When Toby saw the baby, who had no eyes, and the eyelids were as if sewn up with a crust of blood, he felt sorry for the puppy. Toby became a guide dog and a good friend to Amos. 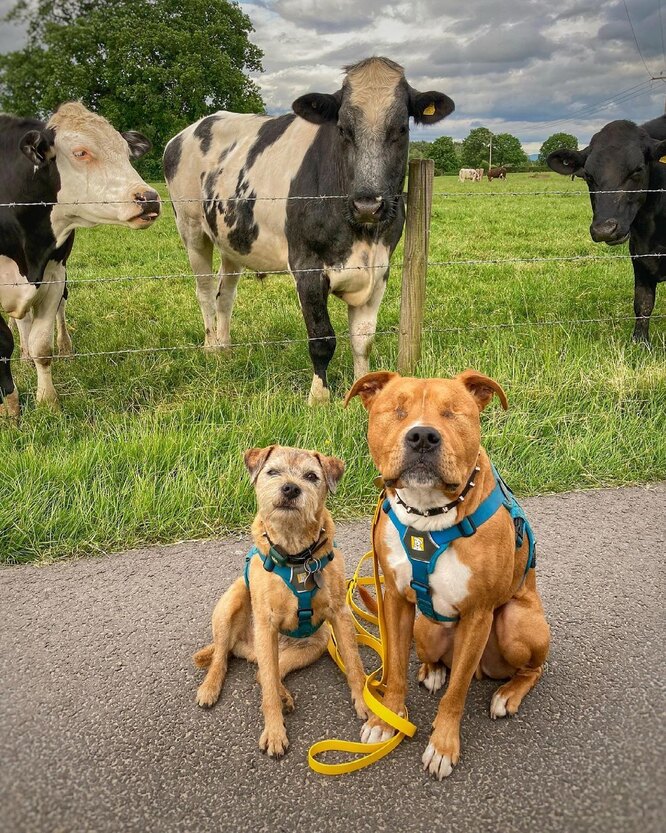 Previously, Toby served as a « therapy dog » in a nursing home. After he got older, he was placed in the care of Jess. For eight years, the dog lived in the house of a volunteer. Jess took care of him, but still, Toby sometimes missed, because he was the only pet of a woman. Now he is happy that he has found a friend. Toby brings Amos a bowl with a drink, helps him navigate in space. Thanks to Toby’s efforts, Amos came to terms with his misfortune and realized that life goes on.