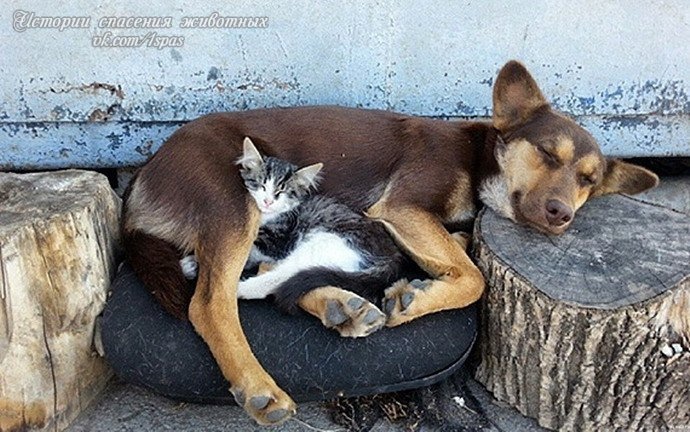 An incredible story happened in Lipetsk. 3-year-old mongrel Kashtanka, who lives in a city dump near Kosyrevka, « adopted » a cat family, giving the cat and her kitten to suck her milk.

Witnesses of unusual relationships between animals explain their behavior by mutually beneficial cooperation. The mongrel Kashtanka lost 6 puppies after all her babies were distributed.

At the same time, the yard cat Muska, who ate anything, chose the most affordable and convenient option and began to suck milk from the dog. Her kitten also joined her. So the dog became a nursing mother for two cats at once. It is noteworthy that Kashtanka and Muska are the same age, they grew up together. 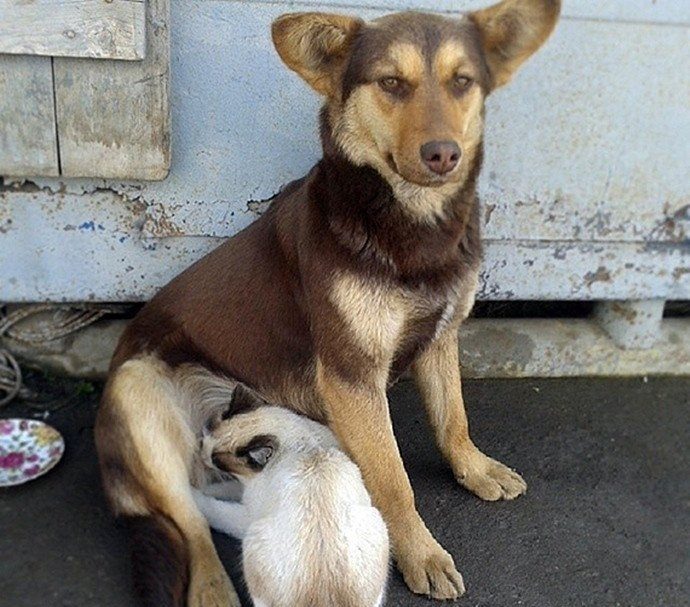 « Kashtanka considers Muska her « daughter », and considers Muska’s kitten her « granddaughter », she not only fed milk, but also dragged it in her mouth to her kennel, saving it from the cold, and even licked it,  » eyewitnesses say.

Employees of a nearby enterprise posted photos and videos of touching relationships in a dog-cat family on social networks. 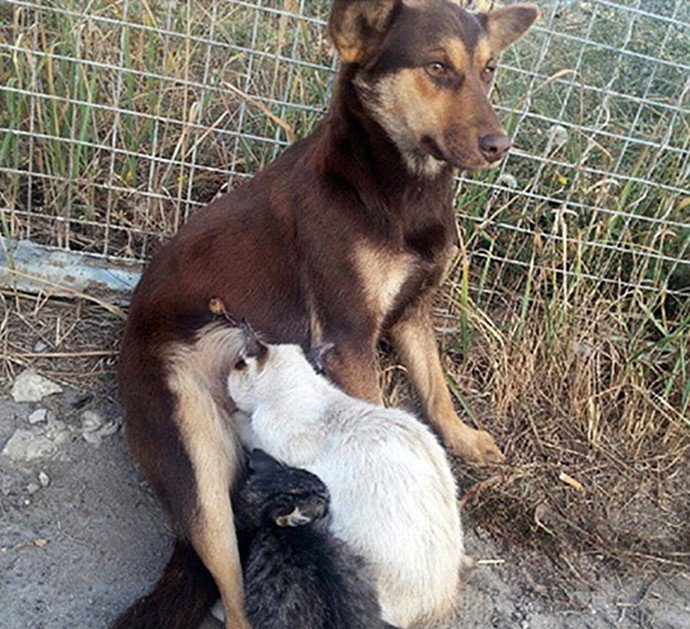