Actor Alexey Serebryakov is considered one of the most talented in modern Russian cinema. However, in addition to his dramatic talent, he is also known for his great love for animals, and his favorites among them are dogs.

The actor does everything in his power to help dogs in difficult situations. Alexey has a very large family, he is engaged in raising three children and five dogs. Moreover, he did not buy any of his pets. They were picked up on the street or taken from a nursery. 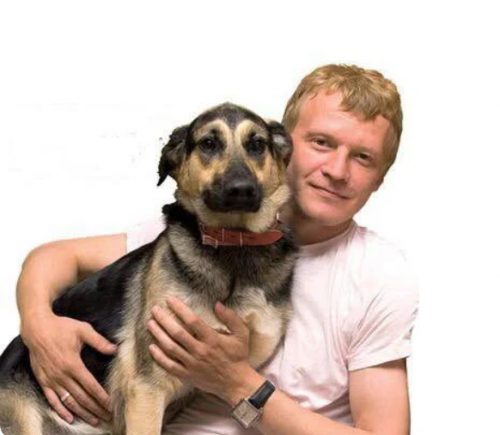 So, his favorite Pusha has a disability. The owners in a very inhumane way decided to get rid of her — by tying her to a tree and leaving the dog without food and water, and an excessively stretched rope pinned the dog’s paw and then it had to be amputated. But then Pusha was lucky — Serebryakov became a caring owner for her.

The actor took Shura from the orphanage. He was three-legged, so no one wanted to take him away. Once the dog was hit by a car and he survived only because kind passers-by took the animal to the shelter. Later, Alexey took it and loved it with all his heart.

The dog-Zina was also picked up on the street as a very baby. She is very attached to the family and is the most sociable among all the pets. 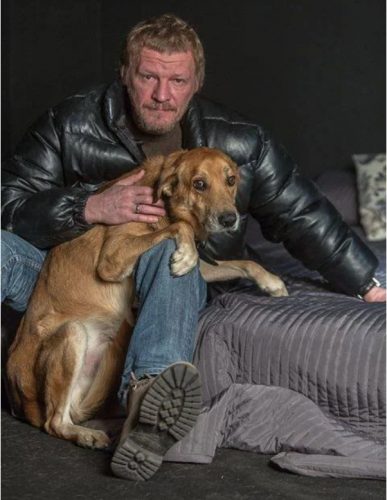 The family abandoned Klava when they moved. The family lived next door to Alexey. He could not leave the dog defenseless and took her to himself.

The mistress of Basia was a relative of Serebryakov. She died and the actor took her to him, since the dog was already familiar with the actor, he adapted quickly.

Alexey constantly emphasizes that people should not buy dogs, but take them from shelters, and he instills the same idea in his children.