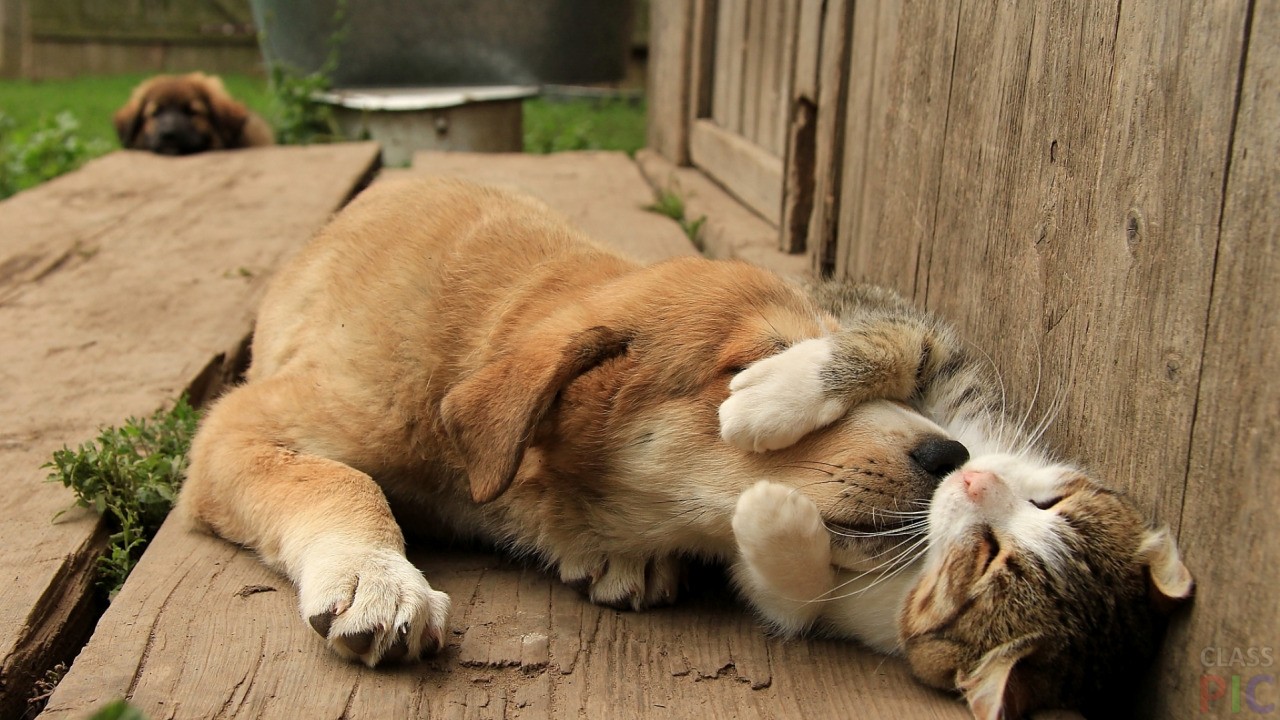 The girl Masha was given a small puppy, with which she initially played only at home. When the baby got used to it, Masha was already going out into the yard with her pet. Everything was fine, but suddenly the siren rang – and the puppy escaped from the girl’s hands. It rushed so fast that Masha could not catch up with it.

While the girl and her parents were looking everywhere for a puppy, another girl named Inna saw a stray little dog in her yard. It was whining and hungry. Inna took out the food and fed the animal.

A day later, Inna witnessed such a picture. The puppy tried to break through the big yard cats that ate his food. He couldn’t even taste a small piece of what was on the plate. And here one cat came up to the puppy and began to drive the other cats away from food. It was obvious that she was determined. Inna saw that a little more and a fight would begin. To prevent the dog from being injured by a stray cat, Inna managed to take the puppy to her home. That evening, her parents saw an ad saying that the dog was missing. The description was completely suitable for the puppy that Inna brought. The adults called the phone number indicated in the ad, and the next day Inna gave the dog to Masha, telling about the cat that almost started a fight. Masha talked to her parents, and they agreed to take the cat home. Now two pets live together in the family.