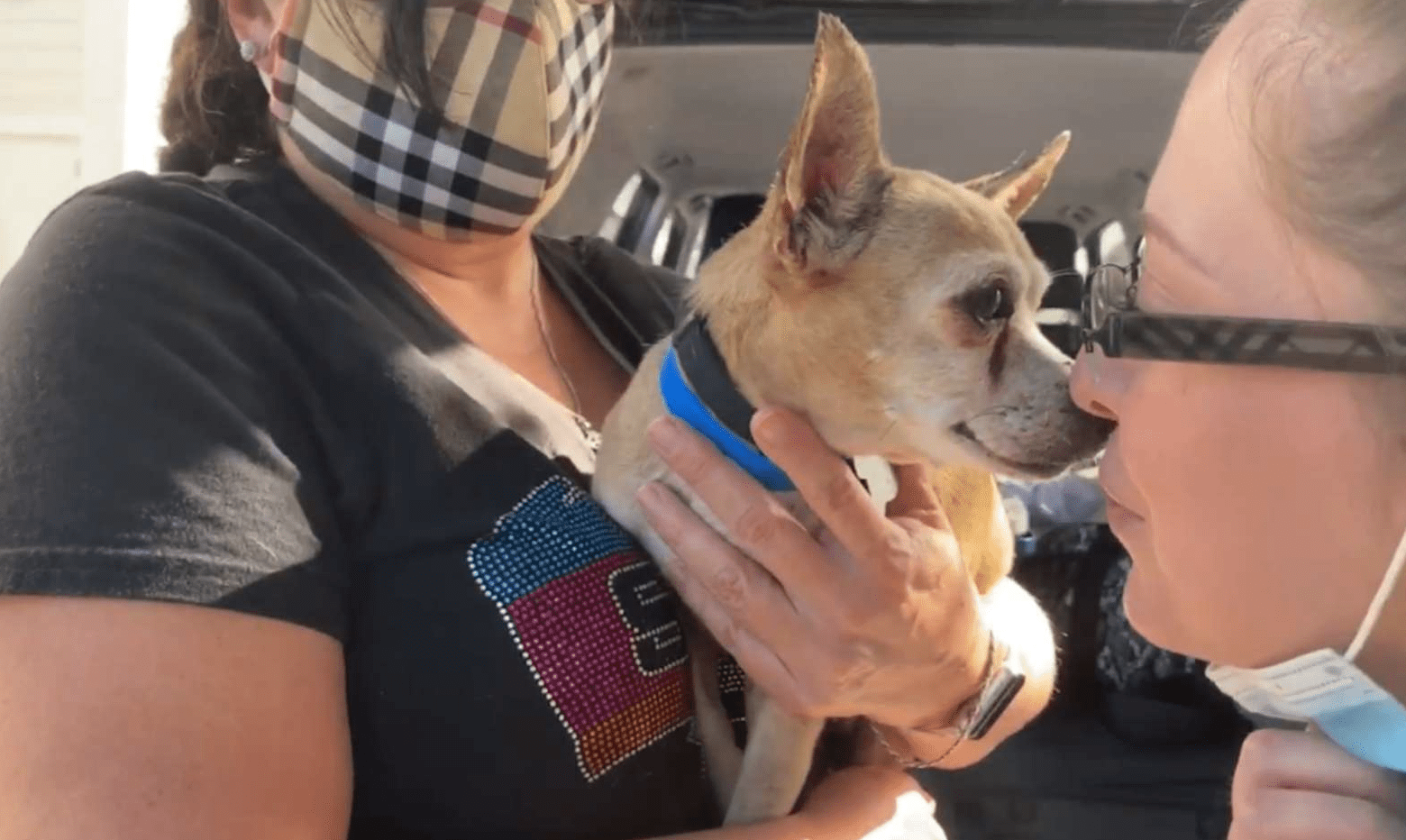 Seeing our beloved one again would be the happiest moment in one’s life. It’s more priceless when we think that we almost lost them. The reunion is a kind of miracle and we all appreciate it.

King, a 15-years-old little brown Chihuahua mix is a lucky dog. He eventually reunites with his family after going missing from home. The dog makes a real smile for the very first time when seeing his family. King disappeared from his family’s yard in San Antonio, Texas 6 years ago. Even though his family made fliers, posted on social media, and consistently checked the local shelter, they couldn’t find their dog. But they never gave up, they thought they would reunite with the dog one day. Although it took years, luck finally smiled on King and his family. When the animal shelter in which King was living scanned King for a microchip, they found his information.

The shelter immediately called King’s family so that they could come to see their dog who had been waiting for them for so long. “They called back within an hour and were ecstatic to learn that King was safe and alive,” Cherie Wachter, vice president of marketing at the HSBC, told The Dodo.

King’s family even couldn’t wait to drive to pick up him. They couldn’t book the flight ticket until the end of the week, so they decided to drive over 1,300 miles in 19 hours to bring their poor dog home. You can watch the touching reunion here.

King seemed to live under his shell when leaving home. “Like most dogs in a strange environment, he was very quiet, subdued, and nervous,” Cherie Wachter said.

Thankfully, the senior dog could come home again. “I think King might have been a little nervous at first. There were a lot of people watching,” Wachter said. “Debi started crying, and I think she and her daughter Danae were really shocked to have their dog back after six long years. They said they never gave up hope and even brought his collar.” To celebrate the arrival of the dog to his home again, King’s family made a trip to Dania Beach to see the Atlantic Ocean. The dog eventually began to relax, feeling safe and comfortable when staying with his family again.