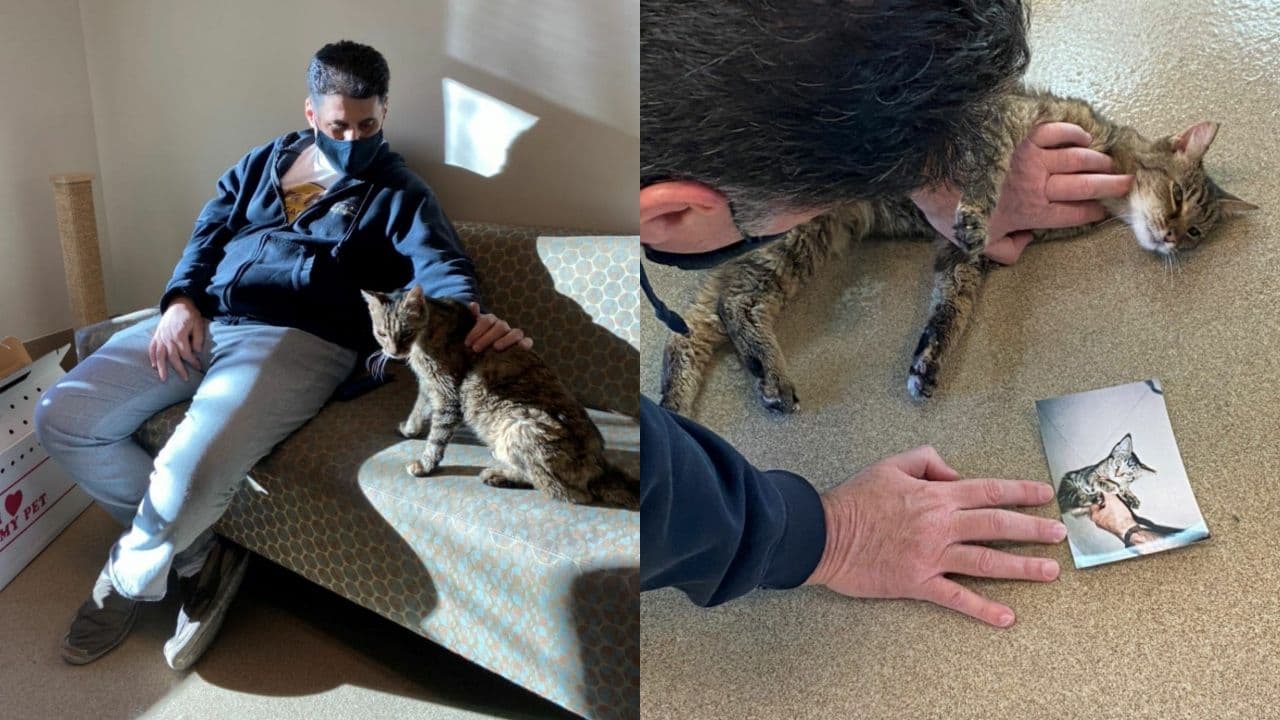 What are the chances of accidentally meeting someone you used to live with after 15 years apart? Could you believe such a miracle would happen in real life? Well, it would, and it did. The story took place in Los Angeles, just several days ago.

Everything began in 2005 when Charles adopted a 2-month-old brown tabby. He named her Brandy. The two shared a few months happily together, but then something tragic happened. Brandy went missing. One afternoon, she went to the backyard, and then never came back. Brandy’s disappearance broke his heart. Charles looked for the kitten literally everywhere, but fortune did not smile upon him.

The worst possibility came to his mind, but deep down, Charles still hoped that someone had adopted Brandy and taken good care of the poor cat.

Later, Charles had no choice but to move on. He adopted two younger cats and moved to San Fernando Valley, Los Angeles, where he is now working as a computer technician. The situation was hopeless. However, after 15 years, Charles got a surprising call he never thought he would. On the other end of the line was Palmdale Animal Care Center, they called to inform they had found an injured cat that they believed to be his.

The cat was found only about 40 miles (65 kilometers) from where he lived, the information of the feline could be confirmed thanks to the microchip implanted in her. Charles had changed his address, but luckily his phone number always remained the same. The very next day, the man was on his way to the center. The cat turned out to be Brandy, his Brandy. Their reunion was incredibly touching. Brandy was older and thinner after all these years, but she was still the same sweet, tranquil cat in his memory. The man even broke down and cried.

Charles didn’t know what happened to Brandy during these 15 years, but he assumed that someone adopted the cat and kept her in their house without checking her chip.

It’s a little sad that Charles can’t manage to take care of Brandy now since the man already has two other cats in his small apartment, but fortunately, his sister living nearby can help him do the job. Charles plans to visit Brandy often, too.

Please share this heartwarming story if you believe in miracles!