Desiree Diehl is a photographer from the United States who specializes in photoshoots of little girls. Usually, the subjects of these photo sessions are of the same type: princesses, fairies, little mermaids… But recently, his young client surprised him by asking him to join his dad in the birthday photoshoot. Laughing, the adult man agreed to participate. And even got used to a new role.

Both dad and daughter starred in the image of mermaids. They were even given full-fledged costumes with big pink tails, seashell bodices, and tiaras of real inhabitants of the seas. While the family was splashing in the shallow water, the photographer was looking for interesting angles. 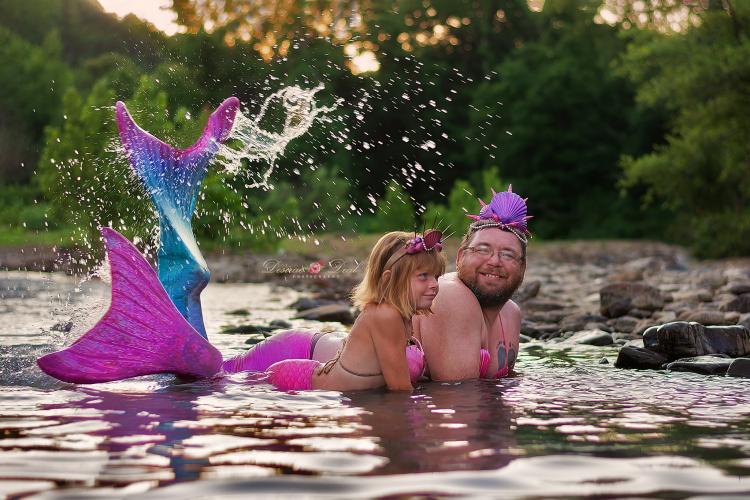 The photoshoot was quite diverse and rich. 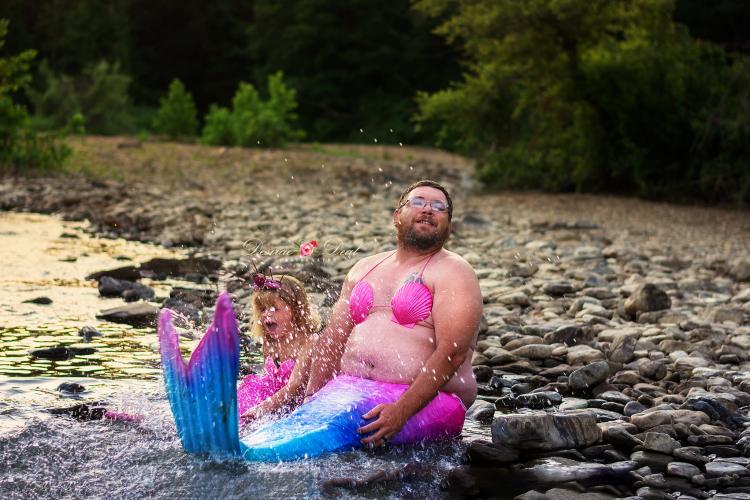 In a post about this project, Desiree Dil said that it was one of his most interesting works, showing the connection between a father and a daughter. He is glad that he was able to help the family create such vivid memories. 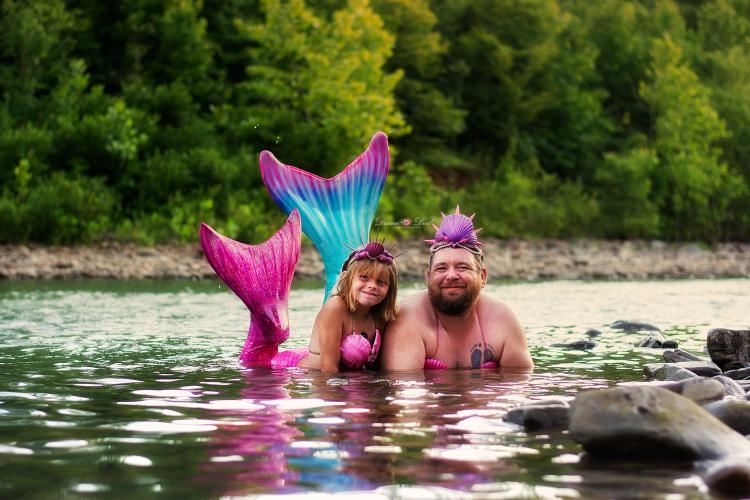 Network users appreciated the project. And the courage of a father who was able to discard his stereotypes about masculinity in order to please his baby daughter. In their opinion, the grown-up heroine of the photo shoot will understand how her father loves her.