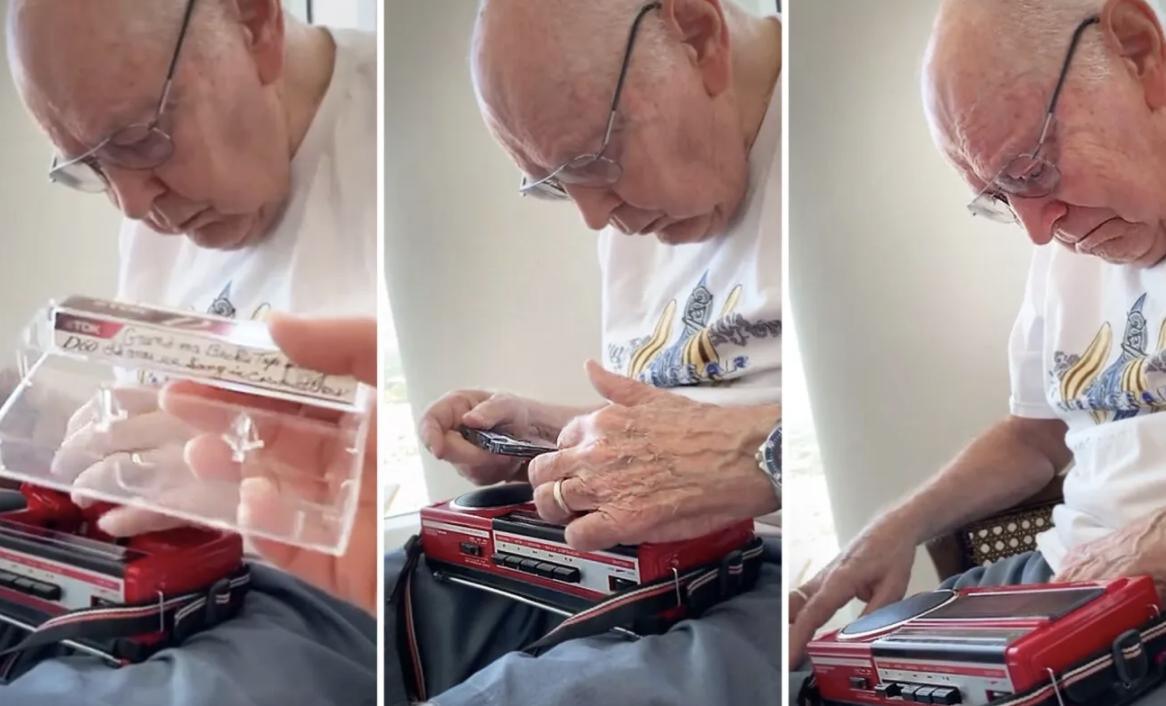 Warren Beck, who is already 85, lives in America with his wife Marva. At the end of May, the couple went to their daughter Melanie for help to sort out old things. It is already difficult for elderly parents to maintain order in their home on their own, and in one of the closets, there were real piles, which no one had touched for 40 years.

Among the forgotten and seemingly useless items, the girl found a cassette, the inscription on which read that the contents were addressed to Beck from his mother with love. When Warren saw the tape recording, he hurried to insert the battery into the player and power the device with his hands shaking because of Parkinson’s disease.

Probably, Beck planned to enjoy old music recorded for him by a caring mother. But instead of the hits of the past years, grandfather heard the voice of his mother, who sang special songs for him: these compositions are imprinted in Warren’s memory, because once they lulled him, calmed him or, on the contrary, invigorated and inspired him.

Beck especially liked two songs: « Thanks For The Buggy Ride » performed by Frank Kramit, as well as  » Yes! We Have No Bananas », which was sung by Billy Jones. Warren sang these compositions together with his mother for a long time when his family lived in the state of Utah.

When Beck heard the first sounds of the forty-year-old recording, he instantly recognized the voice. The man could not stop even more trembling in his hands and began to cry. His daughter Melanie filmed these touching moments on video.

Beck’s mother died in 2001, she died at the age of 90 and left an eternal memory in the hearts of her relatives. Warren’s wife admitted that the woman was a loving and caring mother, a wonderful mother-in-law. Daughter Melanie also remembered her beloved grandmother. The whole family indulged in memories that were inspired by the old tape. Everyone talked for a long time about the old days.

Marva was so inspired that she recorded a message for her five long-grown children. She admitted that she spent her life with an amazing man, but it was her daughters and sons – Todd, Melanie, Scott, Warren, and Mark-who became the best creation of the spouses.