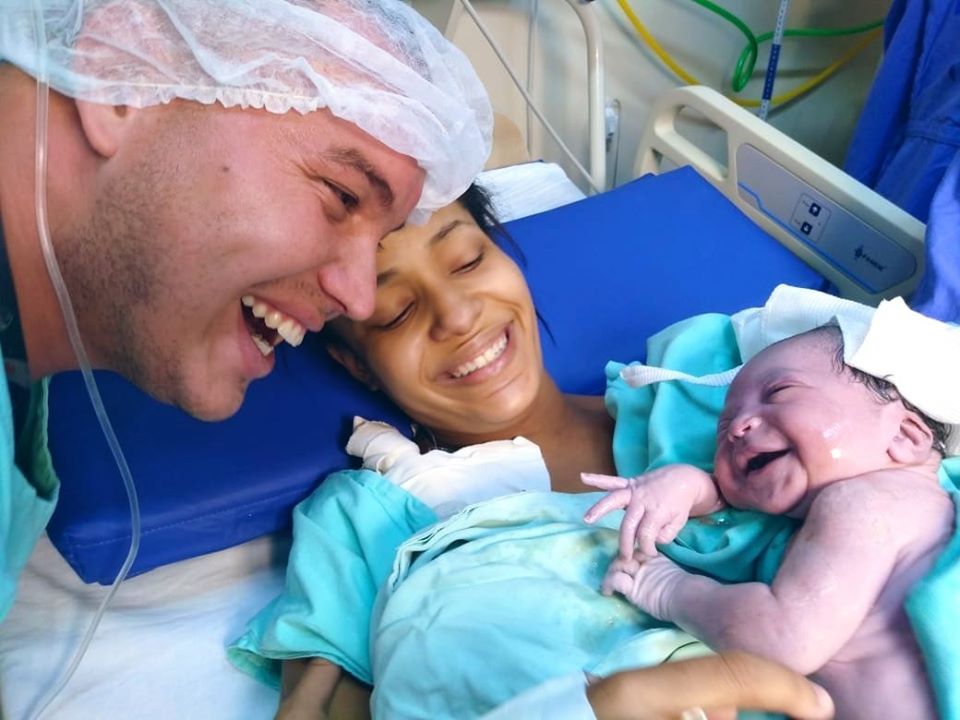 It is scientifically proven that children begin to hear, distinguish and react to sounds even in the womb.

Flavio Dantas from Brazil was over the moon when he learned about his wife’s pregnancy.

The future father was constantly talking to the child.

He said goodbye to his daughter when he left for work, told how his day went, commented on films, and so on. Once he noticed that his daughter began to move more actively when Flavio was talking.

His wife Tarsila was sure that the baby could already distinguish their voices and was right.

After the birth, Flavio came to talk to his daughter in person. As soon as she heard his voice, she immediately began to smile.
That is why it is recommended to talk to the child more often in the womb so that he has time to get used to the voice and feel safe next to his parents after birth.