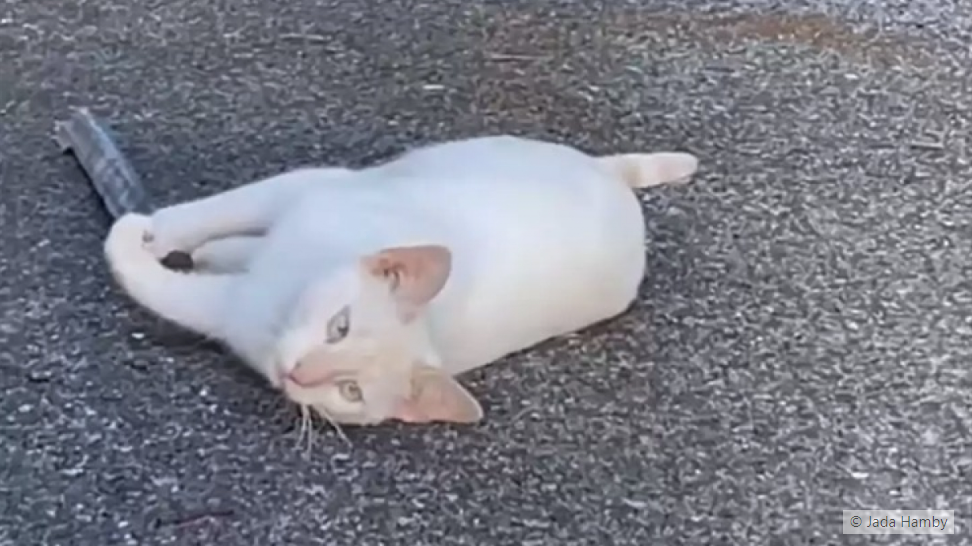 The store manager thought she was doing the right thing by contacting a shelter to help the stray tomcat. However, he did not see it the same way! And he finally won.

Jada Hamby is the owner of the lighting and decoration store Home & Light Valdosta located in the State of Georgia in the United States.

In March 2021, the young woman and her employees discovered a bench alley cat prowling in the back of the store. Obviously he was blind and deaf. Besides, he did not allow himself to be approached.

Jada, sensitive to the animal cause, then contacted a feline shelter in the region. Which moved to recover the tomcat and put it in a safe place.

“The rescuers came several times and tried different methods to capture him, to no avail. He was way too smart and foiled all their plans,” Jana told The Dodo. 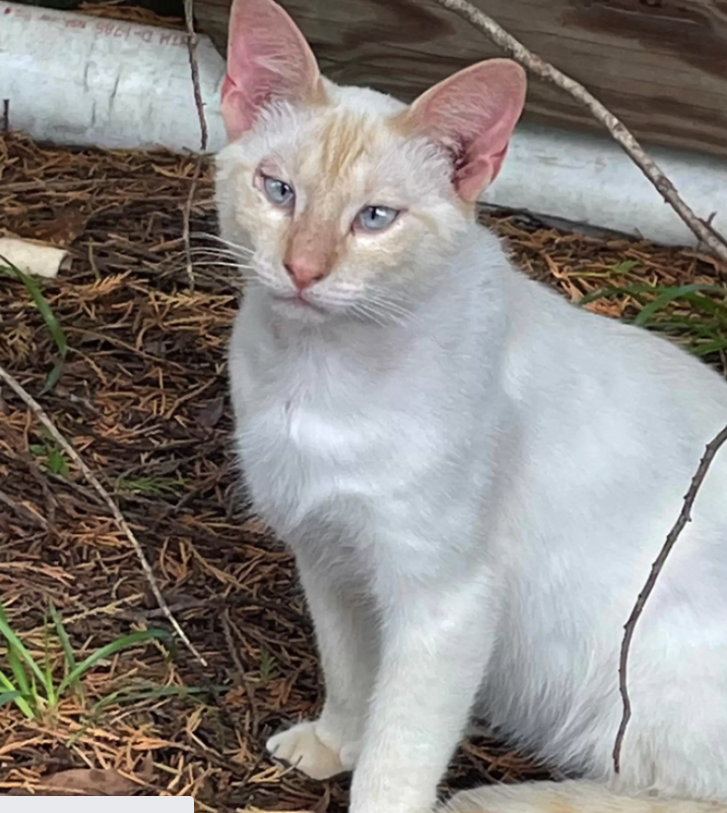 Dumpster, as he was nicknamed, was obviously very comfortable in his surroundings. Despite his severe handicaps, he moved with ease.

The members of the shelter then explained to Jana that a feline in her condition would live very badly to be moved. Moreover, he was so wild that they feared that it would be impossible to socialize him one day. It was therefore agreed that the efforts to capture him would continue, but for the sole purpose of sterilizing him, identifying him and vaccinating him so that he can enjoy a life without health concerns. 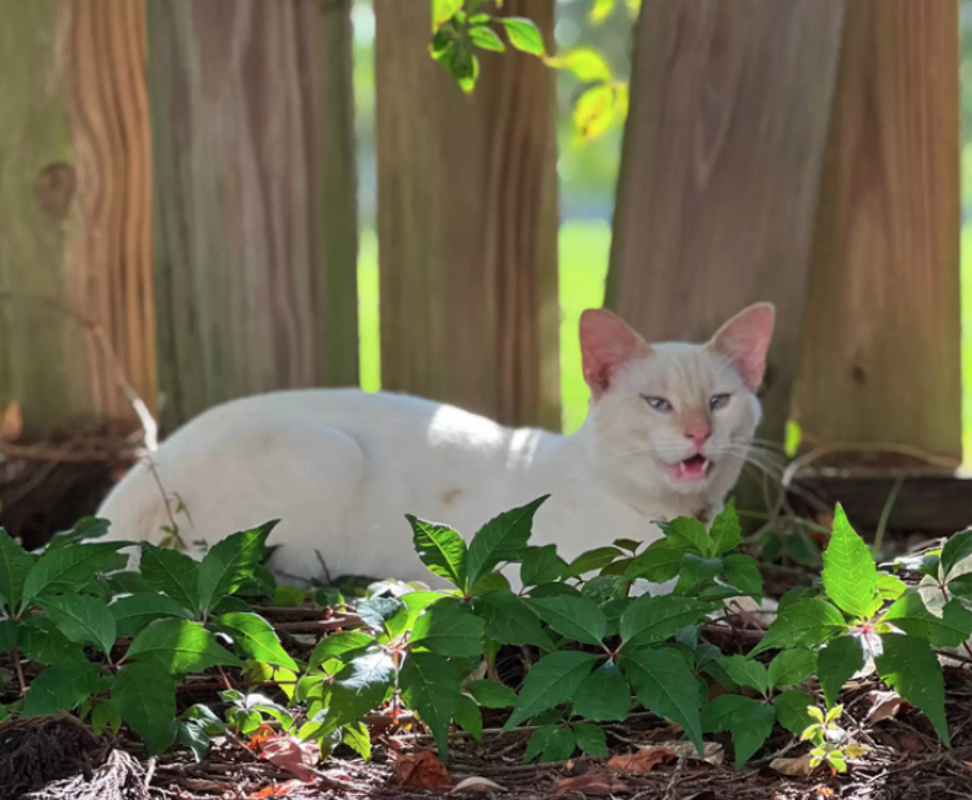 After some time, Dumpster was taken to the veterinary clinic and received the mentioned treatment. He was then returned to his habitat where he feels so good.

Since then, the tomcat has benefited from the food provided daily by Jana and her team.

“He loves basking in the sun above our boxes and sheltering from the rain. He greets us every morning by meowing and demanding his breakfast! He’s a very talkative cat and he enjoys conversing with us,” explained the young woman before adding that recently, he has been happy to let himself be stroked on the head.